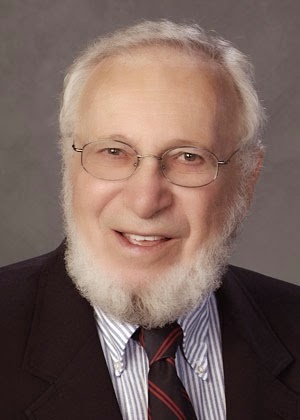 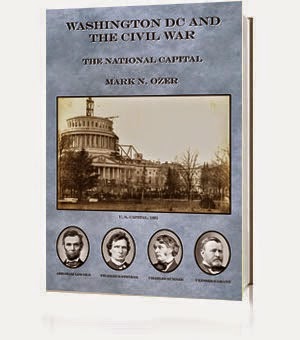 In addition to the many statues and other mementos of the war were the buildings, such as the Federal Pension Bureau, which  illustrated the significance of the entire pension system. 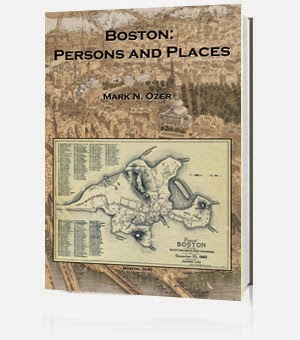 Q: Looking at a different city you've written about, how does Boston’s history affect the city today?

A: Boston 's origins very much continue to affect the city today. Uniquely settled by educated persons, the Puritans fostered education from the start.

They founded a college to train their ministers in 1636. Having received a substantial bequest and half of the mainly theological library of a graduate of Emmanuel College in Cambridge called John Harvard, they named their college for him in gratitude.

The library so started has been continuously the largest of its kind in the country, if not the world. In the late 17th century, Cotton Mather was a minister and graduate of Harvard who was also a member of the Royal Society in London. Amassed over several generations, his library in Boston was the capital of the "Republic of Letters" in North America.

Boston was the source in the 18th century of much of the political thinking that brought about the American Revolution; there also in the 19th arose many of the reform movements of the antebellum era and the foundations of American literary culture.

Boston acceded its primacy as a city to the greater physical growth of New York, Philadelphia and Baltimore, while retaining much longer primacy in cultural leadership. Harvard College remained their educational bastion.

After the Civil War, literary trends began to arise elsewhere, as did art and architecture. There was a short burst starting in the 1870s evidenced by the Museum of Fine Arts and the great Boston Public Library. The residues of that efflorescence have maintained the city's standing among the great cultural centers of the world. …

Boston fell behind other cities in the era of large-scale industrialization both in wealth and influence. It leads once again now when the Information Revolution takes the place of the earlier one based on energy and machines.

The city and its region's highly educated population in the 21st century continue to make an ongoing contribution to intellectual innovation in the age of the computer and biotechnology. In 2010, for the first time since the 1870s, the population rise in the core city has been greater than in the surrounding suburban belt.

From its start, the words of the founder of the Lowell Institute at the time of its formation in 1836 still ring true that “the prosperity of New England, an otherwise barren and unproductive land, is based on the intelligence and information of its inhabitants.” 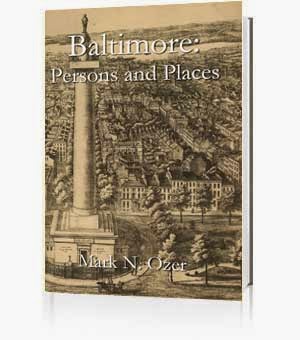 Q: Now, moving on to Baltimore--you describe Baltimore as both a southern and a northern city. In what ways does it fit into each of those categories?

A: Baltimore is both a southern and northern city. That dichotomy has lent to its charm and livability, but has also been one of the drawbacks to its ongoing viability. It is known as a city of neighborhoods that engender great loyalty and commitment by inhabitants to their own specific locales.

It is a Southern city in that it lies in a colony first established in the 17th century based on slave-based tobacco plantations in southern and eastern Maryland.

In the 18th century, Baltimore grew as a town based on the grain trade. The wheat came from non-slaveholding small farmers in the west and north, and was ground into flour by water-powered grist mills. It was then carried by ship built there from its excellent ice-free port. Baltimore was in Maryland but not entirely part of it.

However, the slaveholding landowners made up much of the city's early political, economic and social elite. Their attitudes pervaded the city's culture. Antebellum, the city had a large poorly housed black population both slave and already freed.

For example, Frederick Douglass, born a slave on a tobacco plantation on the Eastern Shore of Maryland, worked in the city shipyards as a laborer for wages before escaping to freedom in the North.

It remained in the Union during the Civil War, if only precariously, as exemplified by the attack on Union troops on their way to relieve the national capital in April 1861. Not being "in rebellion," the Emancipation Proclamation of 1863 did not officially apply.

Nevertheless, the 1862 emancipation in the neighboring District of Columbia effectively nullified the Fugitive Slave Act. Slaves began to escape across the border to seek freedom.

In 1864 prior to the 13th Amendment, Maryland emancipated its black slaves. Nevertheless, never having seceded, the state never underwent Reconstruction. It failed to ratify or implement the 14th Civil Rights and 15th Voting Rights Amendments.

By its site on the Chesapeake Bay, commercial ties after the Civil War remained closely connected to the South, evidenced by the very large-scale wholesale "Baltimore Bargain House." …

It grew as a large commercial and industrial northern-type city in the 19th and 20th century. It had important railroad ties to the West and North as well as to the South. Following the path of the National Road, the Baltimore and Ohio Railroad (B&O) was the first and remained the shortest route west….

The Baltimore region retains its divided nature that reflects its historical dichotomy. For example, its schools remained for long segregated and are still of poor quality. In the 21st century, industry has fled and the tax-paying population has largely shifted to the suburban fringe, firmly separated from the city.

--Interview with Deborah Kalb. For an earlier version of this Q&A, please click here.