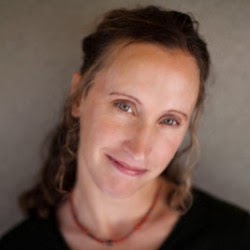 Hannah Nordhaus is the author of the new book American Ghost: A Family's Haunted Past in the Desert Southwest, which tells the story of her great-great-grandmother, Julia Schuster Staab. Nordhaus has also written The Beekeeper's Lament, and her work has appeared in a variety of publications, including the Financial Times and the Los Angeles Times. She lives in Boulder, Colorado.

Q: You write, "So of course I believe in ghosts. I believe in the power of the past. I believe that we can be haunted." How did researching Julia's story affect you?

A: Julia did, and does, haunt me. Whether or not her ghost truly walks the earth, her story is one that haunts. She died more than a century ago and left little behind by which to remember her—no diaries, no letters, few mentions in the history books or newspapers. But Julia remains with us—and that is because of her legend. As I say in the book, it’s not so much the ghost that keeps the dead alive to us as it is the story.

Julia’s story is one that has affected me deeply. My investigation into her life made me feel so very lucky: to have the opportunities I have, to have support from family and friends, to be able to hop on a plane and fly home when I need to, to have been born with a resilient constitution and to have grown up in an environment that kept it intact. Julia didn’t have these things, and this is the saddest part of her story to me. When I’m feeling anxious or low, I hold this lesson close to my heart. 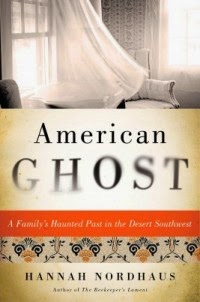 Q: Your story stretches from New Mexico to Germany and various places in between. Did you expect the story to encompass such geographic magnitude when you began working on it?

A: I didn’t at all know, when I began digging into Julia’s life, what I would find or where it would lead me. I knew, of course, that I would be spending lots of time in archives and on the Internet—which I did—and that there would be plenty of visits to Santa Fe—which there were.

But while I knew that Julia came from Germany, I didn’t know where in Germany Julia lived, and thus whether there would be a physical place I could visit to understand her youth. But I soon learned, from e-mails that my aunt had kept with distant relatives, that she came from a town called Lügde. Then I found my great-grandmother Bertha’s diary, which had disappeared for 30 years, and the details it contained—places, dates, anecdotes—led me on a fascinating journey through northwestern Germany.

I also tracked down a 93-year-old distant cousin named Wolfgang Mueller, who shared with me the story of his grandmother, Emilie, who was Julia’s youngest sister. Emilie died in a Nazi concentration camp, and with Wolfgang’s help, I was able to trace her path from Lügde to Emilie’s married home in Neuhaus, to the nearby city of Paderborn, where she was confined in a Judenhaus after she lost her home to the Nazis, and finally to Theresienstadt, the Nazi camp in the Czech Republic where she died. I simply couldn’t have imagined that I would visit all those places when I began researching the book.

Q: You write, "Julia would be a difficult quarry, I knew that." How were you able to reconstruct the life of someone who, as you put it, was "sequestered in the home, invisible then as now," and what does her life say about the role of women in her time?

A: Julia was extremely hard to find in the documentary record. She was a 19th-century woman: demure and retiring, a helpmeet, an accessory. Her life was lived in the shadow of others around her, and she left little behind her to mark her passage through the years.

Fortunately, Julia’s husband Abraham and her children left larger historical footprints, so I was able to trace Julia’s life through them. I looked for her by looking for them: visiting archives, poring through old newspapers, reading my great-grandmother’s diary, and trolling genealogy websites. A lot of this research would have been tremendously difficult even 10 years ago, when few historical records were scanned and searchable online. The Internet has been a tremendous boon for the collection of obscure historical stories.

Beyond the documented records of Julia (very few) and her family (somewhat more), I also leaned on the general historical records of the time in which Julia lived. I read travel journals from women and men who traveled the Santa Fe trail around the time that she did, and local newspapers from her time in Santa Fe, and micro-histories of her village.

And I dug into the more general histories of her time and place: Jews in 18th- and 19th-century Germany; the settling of the Anglo-American Southwest; 19th-century medicine; the Spiritualism movement. These strands of larger history helped me understand Julia’s smaller story—the world into which she was born in Germany, the world she found in New Mexico, her physical and emotional condition, the world her children inherited. 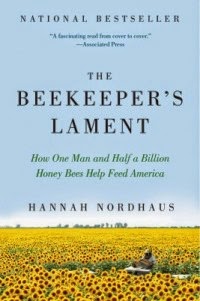 A: My family members who have read early versions of American Ghost tell me they are both thrilled and moved by Julia’s story. Like me, they feel a connection to Julia, and like me, the book has taught them so many things about our family’s past that they didn’t know. I’ve received a number of excited calls and e-mails from cousins and, most important to me, from my father, telling me how much American Ghost has meant to them.

The book does air a fair amount of sordid laundry, however—land grabs, family feuds, disinheritance, drug addictions, suicides. Those happened a long time ago, and New Mexico is a far less intimate place than it was back when my family was prominent there. But there are some places in the book where I also discuss the living and the more recently dead, and in those spots I wrote—and rewrote—very carefully. I do still have family in New Mexico, after all, and I do very much hope they’ll still love me after they read the book.

A: At the moment, I’m playing around with a novel about the Spanish Inquisition—yes, 16th-century Spain. I’ve never written a novel before, and haven’t written fiction for years. I’ve never even been to Spain, for that matter (and I certainly wasn’t there in the 16th century). So I have no idea whether this will stick. It would be much smarter for me to write something in a similar vein to my previous books. But nothing makes me more claustrophobic than a niche. I like to try new things.

That said, there are some similarities between American Ghost and my proto-novel-in-progress.  Both are grounded in history (the novel is based on the true story of a young woman who was tried by the Inquisition). And both tell the story of women who left no records of their own. Their lives have been, by necessity, interpreted by others. Had not certain life circumstances conspired to place them in the historical spotlight, they would be entirely forgotten.

A: I hope that those who read American Ghost come away with a sense of how connected we truly are to our history. I would like to think that the book can bring a sense of Julia’s world to readers, and help them understand, as I wrote of Julia and Abraham’s house, that “every rosette and fixture and plaster molding had a dream behind it, a story that began in rural Germany and ended in the hands of strangers.”

Almost every old building, every gravestone, every street, contains a history that spans generations and continents. This is true in Europe, of course; but it is also true in the American West. The “Old West” was not just a place of cowboys and Indians and gunfights and player pianos that sprang up in the desert out of nothing; it was indissolubly tied to the markets in the East and also to the lives of the many people who settled or passed through from beginnings in Europe and elsewhere.

The drama of Julia’s life may have unfolded on the isolated frontier, but it’s also a larger story of immigration, of assimilation, of religion, of capitalism, of gender, of expectations, of how legends are formed. The past can seem so far away, but it’s right there for us to see, if only we look.