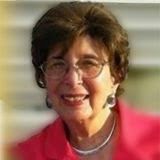 Barbara Scheiber is the author of the new novel in stories We'll Go to Coney Island. She also is the co-author of Unlocking Potential: College and Other Choices for Learning Disabled People, and the author of Fulfilling Dreams: A Handbook for Parents of People with Williams Syndrome. Her short fiction has appeared in a variety of publications, including Antietam Review and Oasis Journal. She lives in the Washington, D.C., area.

Q: In a recent piece about your book in The Washington Post, you describe how you came across the Walker Evans photo that is now on the cover of the book, and realized that it was a picture of your father and his mistress (later your stepmother). Why did you decide to begin your book with a trip to Coney Island, and include a reference to it in the title? 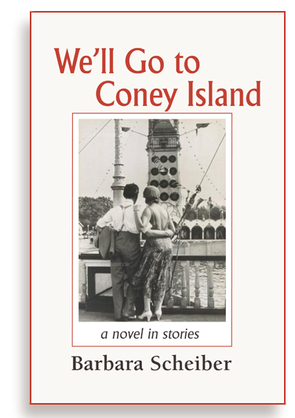 A: Seeing the photo taken by Walker Evans of a couple at Coney Island was truly a stunning moment for me. I had already written most of the stories in my book, and the photo felt like a message from the past, telling me the truth of what I had suspected as a child, and confirming my effort to create a novel out of those suspicions and truths.

I recognized the couple immediately – my father, an aspiring young lawyer when the picture was taken, and his secretary, who six years later became his second wife. Though they both have their backs to the camera, there is no question about their identities – or their relationship. Her flowing, seductive posture, his firm arm around her waist sparkle with romance.

The date on the photo is 1926, when I was six years old. It brought back the many times, as a young child, I had been to my father’s office, sitting at a desk and drawing pictures on typing paper, and gradually absorbing the realization that my father and his secretary had a romantic relationship.

I came to know it, and at the same time understood that it was something I wasn’t supposed to know. I hid my awareness from everyone, including my mother, and tried to pretend that it wasn’t true.

That sense of secrecy pervaded my childhood. When I saw Walker Evans’s photograph, it was a revelation of patterns that dominated much of my life, and inspired my book. My father had many gifts – one of them was the dream he gave to those who loved him – a dangerous dream of joy, fun, excitement. It was a dream that held a hidden side – the fear of loss.

All of these themes, and more, seem to be embodied in the couple that caught Walker Evans’s eye that day so long ago. By using his now-famous photo in the cover, and describing that day in the book’s opening chapter, I hoped to catch some of the spark that created these stories.

Q: Why did you decide to use multiple perspectives and varied time periods, ranging over most of the 20th century, to tell the story?

A: I wanted this to be a story of a family – not focused only on one central character. And I wanted to show how actions and decisions by a single family member can affect others in many different ways – often having an impact on future generations.

Two principal characters – Aaron and his first wife, Minna – are from immigrant families living on the Lower East Side of New York during the early years of the 20th century. Minna herself has arrived in this country at age 10, and struggles to speak English without an accent.

I felt it was important to tell the story of these earlier years, when Minna and Aaron first meet, to give readers a sense of the enormous challenges they both faced and strove to overcome throughout their lives. Scars and remnants of the past, along with their remarkable inner strengths always remain with them – and become part of their future and the futures of their children.

It was fascinating and challenging for me to draw the scenes of Aaron and Minna’s younger lives. I had no family stories to draw on – neither my father nor my mother ever talked about this period. All I knew was that they had been extremely poor, that my mother had to go to work in a sweatshop at age 13, though she loved school and hated to leave it, and that my father always loved to read and was self-educated.

The characters of Aaron and Minna as young people are totally imagined. I looked at hundreds of photos taken on the Lower East Side during that period, read diary entries at the Library of Congress of immigrants who came to America, read news stories and fiction of that period.

I also had the pleasure of interviewing one old family friend who related a treasured memory – her search and discovery, during a childhood trip from deep in the city to Van Cortland Park, for a beautiful flower that blooms in early spring – the arbutus, and I incorporated the story in the book. It seemed to hold so much of the hope and resolve that motivated that generation.

Q: Do you identify with some of the characters more than the others?

A: When I am writing from a particular point of view, I find myself identifying with that character, with their motivations, weaknesses, conflicts.

Of all them, Minna and Rachel are clearly the ones I identify with most strongly. “Sycamore Farm,” which describes how Rachel stumbles on a love letter from her father to his secretary, is close to a true story. Her yearning to bring her father home, to somehow – through a magical power -- create a stable and loving family, are vivid reflections of my own needs at that time in my young life.

Much of Rachel’s later story is fiction. But throughout, I felt keenly related to all her experiences, especially her efforts during a crisis in her adulthood, to assert her own sense of right and wrong, to protect her daughter from a disastrous decision, and to save her own marriage.

Though Minna’s life was very different from mine, I wrote about her with a powerful sense of her longings and struggles, her courage, her determination to pursue her dreams in the face of inevitable disappointment and -- too often -- failure.

Q: Over how long a time frame did you write the stories that make up your “novel in stories,” and how did you decide on the order in which to place them?

A: I did not originally think of my stories as part of a novel. I began writing fiction, with much excitement, soon after I retired, and two of the stories – “The Eclipse of 1925” and “Sycamore Farm” – were among the first I wrote at that time. Both of them were published in Whetstone, a literary magazine, which encouraged me to go on.

Most of the other stories came later, and as they emerged I saw them not as a collection of stories but as a unit, each one related to the whole despite the differences in time and points of view. The book was written (and rewritten) over a period of about 25 years. I wrote two other books during that time (both non-fiction) and had the joy and support of other writers who gave me invaluable feedback.

In the book as it now stands, chapters of the story “Minna” alternate with stories about the family’s life later in the century. Originally, I wrote “Minna” as a novella, and it wasn’t until recently that I saw the possibility of including it as an integral part of the book. For me, this format brought the entire book together in a way I hadn’t conceived of before, and gave it new meaning for me and, I hope, for readers as well.

A: At 92, it would be truly ambitious to start another novel, but I’m hoping and looking forward to working on shorter pieces – poems and personal essays, possibly exploring old age -- its mysteries and surprises.