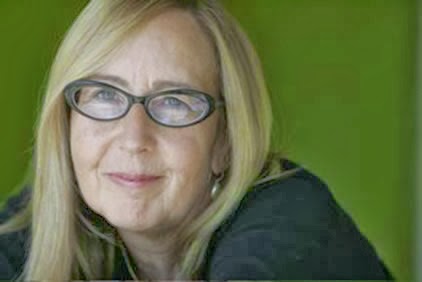 Michelle Huneven's new novel, Off Course, will be published April 1. Her other work includes the novels Blame, Jamesland, and Round Rock. She lives in Altadena, California.

Q: How did you come up with the character of Cress, the main character in Off Course, and why did you pick the 1980s as the time period in which to set the novel?

A: I wanted to write about that perilous time in a woman’s life, just out of school, when vital decisions are often made about love and career, marriage and family. Youth is almost over and life must be taken up.

But what happens if a woman can’t quite take it up, if a combination of forces, within and without, prevent her from moving forward in a positive direction?

Enter Cressida Hartley, with her willfulness, charm and vulnerability--and her unfinished dissertation. How did I come up with her? I have no idea what the mechanism was.

She didn’t come all at once. Creating a character is not unlike getting to know a person: it takes multiple encounters in a variety of situations over time. Although I gave her some details from my own life, Cress is quite different from me--much more daring and funny--and far more stubborn!

I like to think of her, and this book, as a cautionary tale about what happens when a woman strays too far from her own path: a rollicking, if dark-hued love story.

Around 2008, when the economy tanked, I was reminded of how hard it had been for me, back in the early 1980s, to set out in life during a similarly depressed economic period.

It really felt as if the world had no place for me: I had an M.F.A. and was trying to write my first novel and, like Cress, the only work I could find was as a waitress, which was exhausting and dispiriting.

The early eighties, I thought, made a good mirror for the later aughts, where I again saw young people again setting forth in a world that also had too few places for them, a marketplace which forced them into a kind of nether-adolescence, where, however able bodied and willing, they were still parent-dependent.

I wanted to explore--hopefully subtly--some of the ways the national economy worms its way into the most personal--and interpersonal--parts of life.

That suicide rippled through the family, causing grief, sibling and marital strife, despair, too much drinking…You can’t blame everything on the economy--character has some hand in it--but the struggle to go on in bad times can have far-reaching consequences. 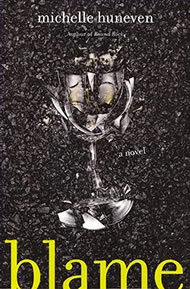 They crack jokes and play music; they meet for meals and card games; they fall in love and have all sorts of opinions about their friends and families. They spend a lot of time out and about in the natural beauty of the Sierras. Life, glorious life, goes on.

Q: Why did you choose "Off Course" as the book's title?

A: For a couple of years, the working title was “The Mountain,” and I showed chapters of it only to one friend. 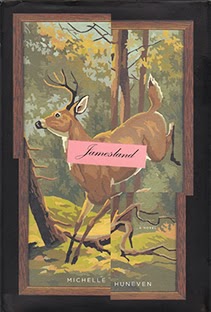 When I finally gave my agent some pages to read, she wanted me to signal more clearly from the beginning what the book was about.

One of the ways I went about this was insert a sentence very early on that went: “And so it was on familiar roads, in her family’s other home, with the blessings of those closest to her, that she veered off course, into the woods.”

I was trying to get the sentence just right, so I read it to my friend, the novelist Lily Tuck, who said, “There is your title—‘Off Course.’” I thought, Now THAT sends a pretty clear signal what this book is about!

Q: What do you see as the significance of the bear that keeps turning up?

A: It probably means whatever my readers think it means. As a writer, I work intuitively. The bear shuffled out of my imagination and onto the deck of Cress’s A frame. That, and his successive appearances always gave me, and hopefully the book, a boost of energy.

I loved, too, when the bear skin appeared draped over a truck hood at the small, dusty swap meet. Cress HAD to buy it!

If pushed, I would direct readers to the Delmore Schwartz poem “The Heavy Bear Who Goes With Me,” which can be read here.

Q: Do you always know how your novels will end before you begin writing, or do you make changes in the plot as you go along? 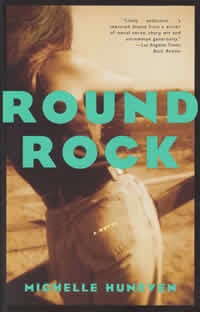 A: I have a rough idea of the entire picture, with plot points and images I want to reach along the way.

Unfortunately, my idea for the ending of Off Course was perhaps a little too vague, and I had a terrible time with it. I overwrote the end by 15 or 20 pages because I had the idea for an epilogue in which some of the main characters reconvened many years down the road.

No matter how I wrote and rewrote this “epilogue,” it was like trying to stitch a tail onto the wrong dog. It would not attach! The book had finished itself and I hadn’t noticed.

Finally, I gave in and let the book end where it naturally wanted to end, which was, to me, on a rather devastating note.

A: After I finished Off Course, I didn’t want to be under the tyranny of another novel right away.  I’d spent the last 20 years working on one novel after another and I wanted a little room to breathe and think.

So I spent a year and a half working on short stories—previously, I’d written a mere handful.  But I teach the short story, which means I read and study them constantly, so I decided to give myself over to their strict demands. Fun.

In the past few months, however, I have actively begun researching my next novel, which will be an historical work based on the brilliant but wrong-headed man who once lived on my property, and the two women who loved him.