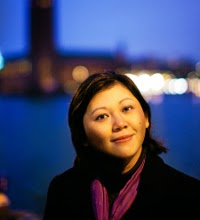 Yiyun Li is the author of the new novel Kinder Than Solitude. Her other work includes the novel The Vagrants and the story collections Gold Boy, Emerald Girl and A Thousand Years of Good Prayers. A professor of English at the University of California, Davis, she grew up in Beijing and now lives in Oakland, California.

Q: How did you come up with the idea for Kinder Than Solitude? 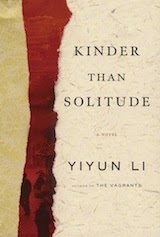 Q: Did you know how the book would end when you started, or did you change it along the way?

A: They [the characters] did evolve. I knew there would be three main characters, in a very unstable triangle. Part of it was how the exact sequence of the poisoning [came about], how one character manipulated the other two. I wrote it to find out!

Q: What was the inspiration for the character Ruyu?

A: I finished the book a year and a half ago and I still think about her all the time! It’s very hard to say who she is. There are so many things: that she’s orphaned, that she was raised in this way, but it doesn’t explain who she is. 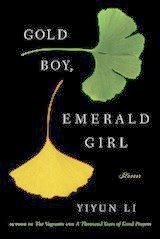 What if she was not an orphan? Would she have turned out differently? A little, but there’s some sort of vacuum in her, a power [that] gives her power over other people. I don’t think she cares to use it, but when there’s such a person in the world, people don’t mind their own business. She is so unique, people try to understand her by trying to reshape her.

Q: Why did you pick "Kinder Than Solitude" as the book’s title?

A: In the beginning, for a while there was no title. I think I was one-third into the novel when I came up with a working title, "The Art of Solitude." It was a deceptive title; I think the title was more from [the character] Moran’s point of view. She is not an artist of solitude. It was self-deception on my side [for the characters]: I do want solitude, but I want something kinder. 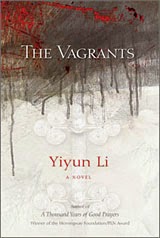 Q: As someone who lived in China and moved to the United States, how do you blend both cultures in your work?

A: If you grow up in a place, you know the place really well, inside out, and being away doesn’t change [that]. If I go back, China has materially prospered, but the way people view life is very much the same. I came here as an outsider, and you can [have] an observer’s advantage—you’re always curious!

Q: You’ve written short stories and novels—do you have a preference?

A: I don’t, I really do love both formats. Many writers prefer one to the other, or for marketing reasons people stop writing short stories. A novel is a really long process; you live with the characters forever. With Kinder Than Solitude, the characters were really engaging! 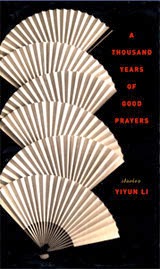 With stories, I think it gives you more pressure to write. Everything has to be done in a [shorter] page limit. You write about time in different ways. Characters live in multiple moments. In short stories, every sentence has to be written so you realize they have multiple lives.

A: I have a collection of stories ready, so naturally I should go on and finish the collection! I’m also working on non-fiction, which is different for me than writing fiction. I like that challenge. Eventually, I will start another novel!