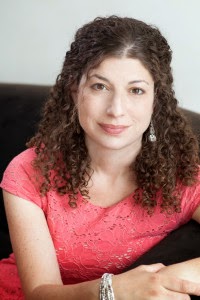 Tova Mirvis is the author of the new novel Visible City. Her other work includes the novels The Outside World and The Ladies Auxiliary, and her writing has appeared in a variety of publications including The New York Times and The Boston Globe. She lives in Newton, Mass.

Q: How did you come up with the idea for Visible City?

A: I came up with the idea for Visible City right after I moved from the Upper West Side of Manhattan to the suburbs of Boston.

I was terribly homesick, for the friends I’d left, but more so, for the city itself. I missed walking down Broadway, passing strangers and friends. I missed staring out the windows of my 102nd St apartment into the lit windows lined up across the way.

In the years I lived in the city, I never got around to buying shades. I wasn’t an outright voyeur, but like so many New Yorkers, I used to look into the building across the way, catching snippets of people’s lives.

I didn’t care that people could see me as well. To live in the city is to experience a unique combination of privacy and intimacy.

In the house I moved into in the suburbs, I faced other windows, but here, I just felt exposed.

I started Visible City with my fascination with windows and with Nina, a young mother who watches her neighbors, hoping to catch a glimpse of what goes on beneath the surface of everyday life.

Being a novelist is a lot like being a voyeur, where you are always curious about what goes in other people’s lives. Both see glimpses of other lives and construct a story around that.

Q: Why did you decide to tell the story from multiple perspectives, and as you wrote it did you identify more with some of the characters than with others?

A: One of the things I love about novels is that there’s room to roam, to explore different characters’ perspectives. In life, we live inside our own points of view, but in fiction, we enter into multiple other ones.

The drama and challenge of living among other people is that we don’t see things the same way. The multiple perspective novel lets you explore this dynamic. 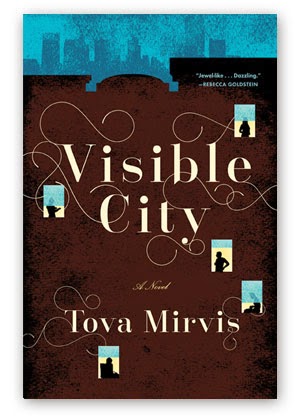 In Visible City, I wanted to look at the way we fail to see each other, to connect, and wanted to see how that felt for all my different characters. I wanted to explore how our lives intersect with one another and then veer apart.

The multiple perspective novel is like the equivalent of getting to peer into all the windows across the way; it’s the chance to see what everyone around you is really thinking and feeling.

I think that to write a character, you have to find some point of connection. Some of the characters are more explicitly like me – Nina, for example, biographically resembles me the most. Like me, she is deeply ensconced in life with young children.

I wrote Visible City according to the babysitter’s schedule, the nursery school calendar. I had to wring spare minutes from the day, and thought about the book while I nursed kids, while I gave baths, plotted pieces of the book in my mind while I drove carpool and made dinner.

Like Nina, I came of age as a mother amid the onslaught of so many books and theories about how we are supposed to raise our kids. I wanted to situate Nina on the cross section of so many anxieties about motherhood, near that constant whispering voice that tells you that whatever way you are doing it is the wrong way.

But with all of the characters, I can go through and see the pieces of myself I gave to each of them. I know that I am sprinkled among all of them in different ways.

Q: Could Visible City have taken place in some location other than New York City, or wouldn't it have worked anywhere else?

A: New York City is definitely central to Visible City though perhaps other big cities could have worked as well. The city felt like the stage set for the book and gave me so many pieces of the novel: noisy kids in cafes, people walking their dogs, people sitting in their cars to wait to park. 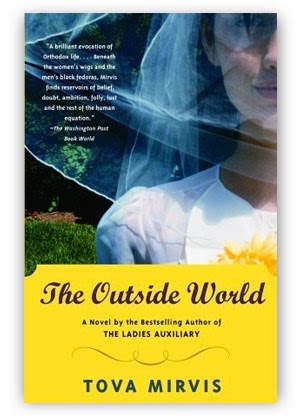 Visible City is not a book that could have taken place in the suburbs. In the city, so much of life happens in public – there are so many chances to see into other people’s lives. Strangers’ lives feel so much more visible. In the suburbs, we live far away from each other, sealed away in our houses and cars.

And for me personally, writing Visible City was how I continued to live in New York, long after I’d moved to Boston. It gave me a good excuse to go back and forth to the city.

Each time I visited, I felt myself regaining a sense of familiarity – the dislocation of Boston momentarily eased, as if I were on furlough from my homesickness.

Yet there was no denying the fact that I was becoming a visitor. Each time I came back, storefronts had changed. New buildings were filling the skyline. Because I wasn’t there to witness the day-to-day progress, the construction seemed to have moved at lightening speed, changing the streets I visited in my mind.

As I was writing the book, there was opposition to two huge apartment buildings going up on Broadway, in my old neighborhood, and that became a piece of my book.

The city gave me another way to talk about one of my central themes, the urge to preserve versus the need for change. This battle goes on in the city every day – in the physical space and the emotional terrain of its inhabitants.

Q: What do you see as the role of Judaism in your novels? 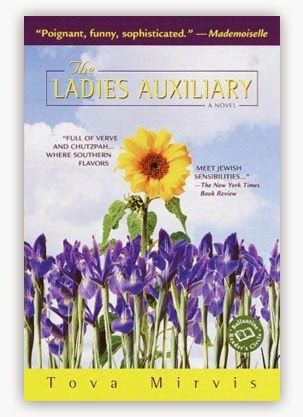 A: In my first two novels, The Ladies Auxiliary and The Outside World, the role of Judaism was very explicit. Those books were about community and individuality, about tradition and modernity, about belief and doubt. For me, personally, they were about my wrestling with my own place in the Orthodox Jewish world.

When I started writing Visible City, I never explicitly decided that this was not going to focus on Jewish communities. Visible City evolved slowly and issues of religion and community and belief weren’t the questions that obsessed me.

Jeremy, one of my characters, grew up Orthodox, as did I, and many of the characters are Jewish, sort of the way so much of New York is culturally Jewish – but religion wasn’t central.

The questions I was asking – about how we see, or fail to see, the people we are closest to, how we make the painful movements towards change, how we sometimes seek refuge in other people’s lives as opposed to looking at our own, didn’t take on a specifically Jewish context.

With that said, I write from who I am, and my Judaism is deeply part of that, regardless of the actual content of a novel. In this novel it may not be as explicit, but I know it’s still there.

Having been raised in and lived a lot of my life in a very tight knit, rule-oriented community where people are always looking over their shoulder at other people, I have a very strong awareness of that eternal question: what do other people think of you?

This is always a part of my interest as a writer, how others see us versus how we see ourselves. What happens when you trespass upon those expectations? This theme remained very important to me in Visible City.

A: After the eight years I spent consumed with writing Visible City, it’s both exhilarating and very strange to be working on something new.

One of the projects I’m working on now is a memoir called The Book of Separation about my evolving relationship to Orthodox Judaism and how this intertwines with my recent divorce. Writing memoir is a new and (very) anxiety-producing endeavor, so it’s something I only do in small doses.

And I miss writing fiction if I stay away from it for too long – I crave that feeling of sinking into a fictional world so I’ve also been working on a new novel, set in the Boston suburb where I live. As I did with Visible City, I’m starting with a few pieces that interest me, and those lead me to others.

I’ve learned to be cautious when saying what a book is about at the outset, because so much changes in the writing process. But at this point, I know that the novel is about religious passion (or the lack of it) and teenage angst and about a realtor who can’t sell a dilapidated house along the town lake, and about next door neighbors who are feuding. Probably about many other things too, though I don’t yet know what those are.

A: One of the things I am thinking about most as Visible City comes out is the fact that it took so many years to write, about eight in all. When I look back, it’s hard to believe so many years have passed but the process of writing a novel can be so circuitous, so slow, with tiny steps forward and constant steps backward.

As frustrating as this experience can be, and certainly was for me at so many times, it always makes me feel a deep sense of love and respect for artistic process, for the importance of revision and an awareness of the need for patience.