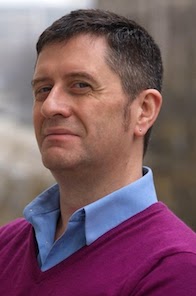 Adam LeBor's most recent books include The Geneva Option, a thriller, and Tower of Basel, a history of the Bank for International Settlements. He is a journalist who grew up in London and has covered events in more than 30 countries. His work has appeared in a variety of publications, including The Economist and The Times of London. He teaches journalism at Mathias Corvinus Collegium in Budapest, Hungary.

Q: Why did you decide to write a history of the Bank for International Settlements, and why has the bank had such a low profile despite its importance? 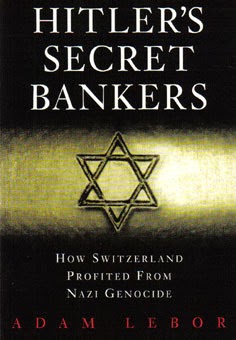 A: I have been interested in the BIS since the late 1990s, when I wrote a book called Hitler's Secret Bankers about Swiss banks and Nazi gold.

That work included a chapter on the BIS, which I thought was a fascinating organisation, a place where both Nazis and Allied bankers could meet and work together throughout the Second World War, even while their countries were at war.

The one thing both sides could agree on was the need to keep the financial channels open, especially with regard to the rebuilding of Germany after the end of the war.

But the BIS is of much more than historical interest. Every other month the 60 most important central bankers in the world, including the chairman of the Federal Reserve, travel to Basel to discuss global financial and economic issues.

The details of those meetings, including the attendance list, are kept secret. Central bankers are public servants, paid by the public purse but we have no idea what they are talking about together.

And even though the BIS is an enormously profitable bank, it is also an international organisation, with a similar status to the United Nations, founded and protected by international treaty.

The Swiss authorities have no jurisdiction over the BIS. The BIS does not encourage publicity. Most people have never heard of the BIS and it prefers to keep a low profile. 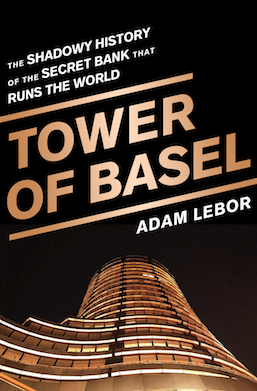 Q: How did you conduct the research for the book, and what did you learn that surprised you most as you were working on it?

A: Although the BIS remains secretive about its meetings its archive is open under the 30-year rule, meaning that documents more than 30 years old are available to bona fide researchers.

The archivists and historians working at the bank were extremely helpful. Also, all of the bank's annual reports, dating back to its foundation in 1930, are available for free download at the bank's website.

There are other archival sources as well, most usefully, the U.S. National Archives, which had some interesting material about the bank in the Second World War.

For the bank's present-day activities, I interviewed a large number of central bankers with current and former knowledge of the bank who attended the meetings there. Some spoke on background, others on the record.

The bank itself was not especially forthcoming with information about its current activities, although it was very helpful with photographs. An interview with Sir Mervyn King, the former governor of the Bank of England, was invaluable.

The most surprising thing I learnt was the close relationship between Thomas McKittrick, the American BIS president from 1940 to 1946, and Allen Dulles, who ran the American spy operation in Berne in the war and later served as director of the CIA.

I found some documents in the archives of the Office of Strategic Services, the forerunner of the CIA, which revealed how McKittrick was cutting deals with German industrialists at the end of the war, to guarantee their profits after the war - even as American and British boys were dying on the beaches of Normandy. This was done with the full knowledge of the State Department and the OSS. 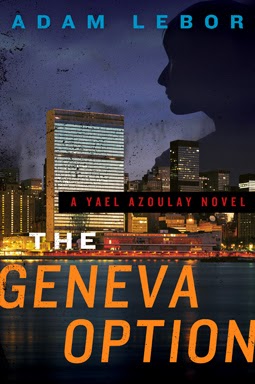 Q: You also write fiction. How did you come up with your protagonist, Yael Azoulay?

A: Yael Azoulay is a covert negotiator for the United Nations. She was inspired in part by a character in the Bible. I first learnt about Yael at school in the 1970s. After a battle between the Israelites and their enemy, Sisera, the enemy general fled, looking for sanctuary. Yael beckoned him into her tent.

There are two version of what happened next. In the first Yael offers him milk and a blanket and a place to sleep. In the second, she sleeps with him, seven times. In both it ends badly for Sisera.

When Barak, the Israelite general, passes by, asking if anyone has seen Sisera, Yael beckons him inside. There is Sisera, lying dead with a tent-peg through his head.

At the age of 15, this story made a great impression on me. I never looked at my female classmates in quite the same way again. Women could be dangerous, I realised, and that seemed an enormously appealing idea.

The United Nations part of the story reaches back to my time covering the wars in Yugoslavia during the 1990s. The idea that this neutral organisation could cross the front-lines back and forth between the warring sides seemed bizarre to me.

So could I, all because of the small plastic U.N. press card I was issued with. I spent a lot of time with British peacekeepers and saw at first hand all the contradictions of the very concept of peacekeeping. 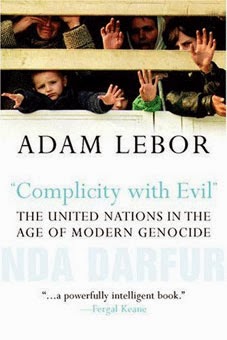 I later wrote a non-fiction book called Complicity with Evil investigating the U.N.'s response to genocide, focusing on Srebrenica, where Dutch U.N. peacekeepers handed over 8,000 Muslim men and boys to be slaughtered, Rwanda and Darfur. That gave me a lot of insight into how the U.N. works, or did not work, in those three cases.

The U.N. building in New York is a 38-storey tower of intrigue, conspiracy and betrayal - a fine place to set a series of conspiracy thrillers.

Q: Do you have a preference for writing fiction or nonfiction?

A: At the moment I am very focused on my Yael Azoulay thriller series. The first volume, The Geneva Option, was published in summer 2013 by HarperCollins US.

I have just finished the sequel, The Washington Stratagem, which is scheduled for publication in November 2014, if all goes well.

However I am still interested in non-fiction ideas, and I find that researching non-fiction can provide plenty of inspiration for my thrillers.

A: I am planning out the third volume in the Yael Azoulay series, which will bring Yael to Europe, provisionally entitled The Vienna Line. 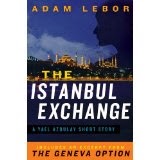 A: You can try before you buy by downloading my free e-book novella featuring Yael Azoulay. The Istanbul Exchange is available in all e-book formats here.  I hope you enjoy it.