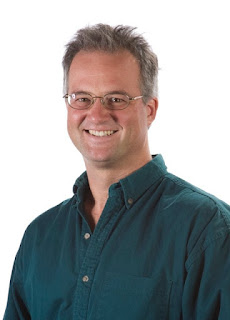 Stephen R. Bown is the author of the new book White Eskimo: Knud Rasmussen's Fearless Journey into the Heart of the Arctic. His other books include Scurvy, Merchant Kings, and The Last Viking. He lives in Canmore, in the Canadian Rockies.

Q: How did you end up writing about the Danish-Greenlandic explorer Knud Rasmussen?

A: It was my U.S. publisher. We were throwing around ideas after my book on Roald Amundsen, and she said, I remember [hearing about] Rasmussen…All ideas come from a meeting of minds. I often have ideas that are completely self-generated, but she latched onto it and said that would be fascinating…

Q: How would you compare the two explorers, Amundsen and Rasmussen?

A: They were from the same time period, and were overlooked Scandinavian explorers. But they were very different people. Roald Amundsen was an extremely goal-driven individual…

Rasmussen wasn’t really interested in geographical objectives, or being the first to do [something]. His interest was in…the exploration of people as much as the exploration of geography. He wanted to visit every known Inuit on the planet. There weren’t accurate maps of the world up there. [He studied] that cultural group. 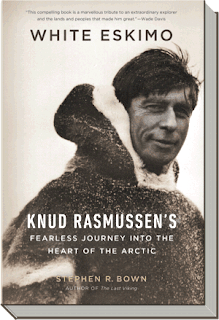 Q: It seems from the book that he was able to communicate with Inuit people in different parts of the Arctic who all used a similar language.

A: They all had different accents, but it was like a Southern accent versus a New England accent or a Canadian accent. He was a linguistic genius.

Q: Rasmussen was well known during his lifetime, but why is he not as well known today, and what is his legacy?

A: The same reason Roald Amundsen is often overlooked—the lack of English-language sources. They were around in the early 20th century, and they both were quite well known. Then they died, World War II came, and society was occupied with other things.

After the war, the lack of English-language sources [made it difficult to research]—as a result, there were interesting stories about American and British explorers, but there wasn’t information to bring [international perspectives] to the world stage again. 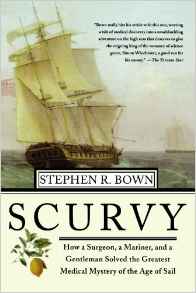 Rasmussen’s legacy to the world was incredible. He was not just a flash in the pan. The entire circumpolar world was an oral culture, on the verge of great change. It was on the cusp of shifting. He took that oral culture, and was able to gain the access and trust of the people.

They trusted him with their stories, legends, and songs. He took the oral culture and turned it into written culture. It possibly would have been lost to world intellectual history [otherwise]. There were 10 volumes that he collected.

He was pretty important as far as the world goes. In the academic literature, people knew who Rasmussen was [but] not his personal story.

The ability to translate other sources [was important in writing this book]. I would cut pages out of Danish books, and scan them. I purchased sophisticated software to translate it into PDFs, and [additional software] to translate from Danish to English. It was a lot of work! It took a couple of months just to get access to the sources. 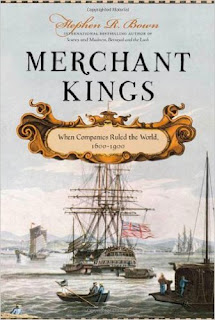 Q: I was going to ask you how did you research the book, and whether there was anything that particularly surprised you.

A: In a technological sense, I was surprised by how the power of Google Translate improved over the years I was working on this. During the time I wrote, the free Google translation service surpassed the translation software I’d purchased!

This is going to be an easier way to access sources. When I see the two books I’ve done on characters who aren’t as well known as they should have been--their contributions were profound and yet they’re overlooked--it makes me question our knowledge of the past.

We all speak and read in English, and when we’re looking for things to work on, we turn to spaces where we can obtain sources easily. It distorts [the picture].

A: The title—it’s always a collaborative process. We were throwing out different possibilities, and put a lot of effort into it—people have to be able to remember it. “White Eskimo”—I had come across it, he was referred to in the press as the White Eskimo…There was one Inuit shaman who called him one of the first white men he’d met who was also an Eskimo. 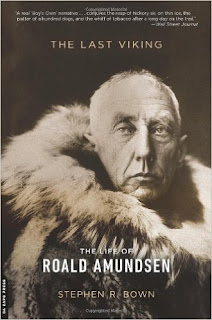 “Eskimo” in some places is out of favor. In Greenland they prefer Greenlanders. In Canada, Inuits. In Alaska, Eskimo or Alaska Native. We wondered about whether there would be trouble with that, but he was known as that. He had one foot in…the world of big cities, and one foot in the completely technologically primitive world of the Arctic.

There was no middle ground for Rasmussen. Either he was in a tuxedo attending the opera or giving speeches, or he was wearing bearskin pants in the Arctic. He kept swinging back and forth between them. He was always very restless…

Q: Are you going to write another book about explorers?

A: It’s interesting to know that Rasmussen’s life was thrilling and exciting in a way that very few people’s lives are. It was indeed an adventure. I tried incorporating some of his intellectual adventures into a thrilling story--the world the Inuit were living in, the use of some of their stories.

Some of the legends--of flesh-eating beasts, of giants the size of houses—it was an amazing worldview. Some of the poems are strikingly beautiful. They’re stripped of a façade. They’re raw looks at what it means to be human. I still read some of them.

[The poem on page 89]—that’s the essence of life…eliminate the foolishness and enjoy the fact that you’re alive. I find some of [the poems] so inspirational.