David Milne is the author of the new book Worldmaking: The Art and Science of American Diplomacy. He also has written America's Rasputin, and is a senior editor of the Oxford Encyclopedia of American Military and Diplomatic History. His work has appeared in a variety of publications, including the Los Angeles Times and The Nation, and he is a senior lecturer at the University of East Anglia.

Q: You begin the book by describing the differing views of George Kennan and Paul Nitze in 1949 over the development of the H-bomb. What does that incident say about the opposing strands of thought running through U.S. foreign policy?

A: I was fascinated by the very different ways that Nitze and Kennan responded to the question of whether to develop the H-bomb. Kennan turned to Shakespeare and the Bible, and peppered his 79-page case against the “Super” with quotations from each. Nitze sought to master the physics of nuclear fusion, met with Oppenheimer and Edward Teller, and presented a coolly rational case in favor of developing the weapon – that if we don’t, the Soviets will.

On one level, Kennan responded through art and Nitze with science. But there were other divides at play: realism versus idealism; ethics versus technics; emotionality versus instrumental rationality; theory versus intuition; pragmatism versus monism.

It was a debate fraught with meaning, because any future thermonuclear war could potentially end human life on earth. It seemed a good case study in how the history of U.S. foreign policy is often best understood as intellectual history – that an ideational frame is vital.

Q: You focus in the book on nine different people. How did you pick them? 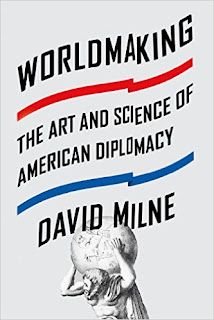 A: This was a real challenge. I wanted to write about individuals whose ideas were representative of particular eras, and erred toward those who would allow me to cover a lot of ground. It was also important that these individuals engaged with each other, either on the page or in person.

My idea was to create a dialogue between these figures – not write a series of potted biographies – and I was particularly influenced by two wonderful books that achieved this: Louis Menand’s The Metaphysical Club and Alex Ross’s The Rest is Noise.

Q: The first person on whom you focus is Alfred Thayer Mahan. Why did you choose to start with him, and how did his views affect those who followed?

A: In many ways, Mahan was America’s first foreign policy intellectual. His most important book, The Influence of Sea Power Upon History, met with acclaim in the United States – it was read and admired by Theodore Roosevelt and Henry Cabot Lodge – and overseas, particularly in Germany and Japan.

Its principal argument was that the United States must abandon the small satisfactions of regional hegemony and any hope of attaining economic self-sufficiency. Instead, the nation should emulate Great Britain in building a dominant navy to enhance its security, project power globally, and hence expand economically through free trade – where the nation’s advantages in natural resources and ingenuity could best be brought to bear.

Mahan was an inescapable point of reference for many of the individuals in the book. Woodrow Wilson was repelled by his materialism and the absence of idealism in his thinking.

Charles Beard described Mahan as “the most successful propagandist ever produced in the United States.” He observed that Theodore Roosevelt “made Mahan’s work his bible of politics in the United States,” and decried the expansionary, imperialistic policies – culminating with the Spanish-American War – that his works had encouraged. 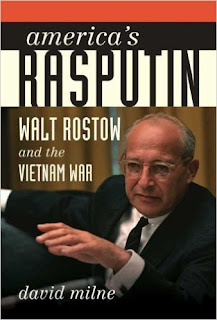 In terms of legacy, the world in which we live resembles the one Mahan said would come to pass in the late 19th century. The Washington-led world economic system is dominated by free trade facilitated by open shipping lanes; the U.S. Navy has no peer competitor in its ability to project power; significant world crises are rarely resolved through the good offices of the United Nations; and the United States reserves the right to act unilaterally if its interests are threatened.

Whether you delight in these realities or not, it is hard to deny that Mahan anticipated the shape of the modern world.

Q: The last person you focus on is Barack Obama, whom you describe as a pragmatist. Why do you characterize him this way, and what do you see as his foreign policy legacy?

A: President Obama is identifiably pragmatic in responding to challenges on a case-by-case basis, shunning universal principles and doctrines, and engaging in practical rather than abstract reasoning.

“Pragmatic” is often deployed as an epithet, suggesting too great a willingness to bend or compromise. Yet there is much more to it than that. In his classic series of lectures on the meaning of pragmatism,

William James observed that “at the outset, at least, it stands for no particular results. It has no dogmas, and no doctrines save its method… the attitude of looking away from first things, principles, ‘categories,’ supposed necessities; and of looking towards last things, fruits, consequences, facts.” This fits Obama’s method well, it seems to me.

His foreign policy legacy is impossible to know. But my feeling is that historians writing in 20-30 years’ time will view his foreign policies more favorably than the snap judgments of the present. 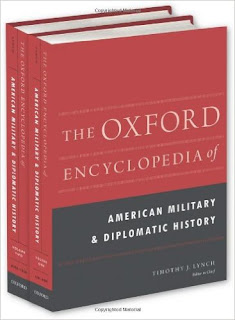 The presidential predecessor that Obama most resembles is Dwight Eisenhower, who was also criticized for passivity and drift at the time, but whose cautious instincts look wiser with each passing year.

Q: In the book, you ask, "Should diplomacy be practiced as a science, unveiling new discoveries to effect enduring change, or as an art, responding creatively and intuitively to a world without pattern?" How would you answer this?

A: George Kennan once cautioned that “international relations are not a science,” and I largely agree – though there are some exceptions, which I’ll come to later. The world is not a laboratory, and it is impossible for the United States to effect the repeat of precise outcomes – particularly when deploying military power as an agent of change.

Woodrow Wilson’s hopes of achieving a “scientific peace” at the Paris Peace Conference – one that would cure the world of its pathological tendency toward conflict, rather than merely manage its symptoms – and Paul Wolfowitz’s utopian vision of catalyzing the democratization of the Middle East through the invasion and occupation of Iraq were both born of scientism: the belief that the core elements of scientific method – theory testing, the detection of patterns, and the unveiling of new discoveries – can be emulated to discern objective truth and make fundamental changes to the structure of world affairs.

The appeal of scientism is not difficult to comprehend. It holds out a promise of certainty – permitting a nation to understand and tame the world’s volatility – that is highly seductive. But it is mostly an illusion.

Only when every nation in the world has a more or less equal stake in resolving a problem can foreign policy be approached in the manner of science.

So George Kennan also believed that the dangers posed by climate change and nuclear proliferation required Wilsonian solutions: international collaboration to effect systemic changes to safeguard the continuation of human life on earth. A broad commonality of outlook when faced with an existential threat is the closest the world can get to controlled laboratory conditions.

A: I’m planning to write a book about Sigrid Schultz (1893-1980), a Norwegian-American woman who led a remarkable life. Schultz lived in Berlin from 1911 to 1941 – working as a correspondent and later bureau chief for the Chicago Tribune from 1920 – but was forced to return home to the U.S. after being injured in a British bombing raid.

Fluent in French and German, Schultz interviewed Erich Ludendorff, Hermann Goering, and Adolf Hitler, was framed for espionage by the Gestapo, submitted copy to the Chicago Tribune under the name John Dickson to conceal her identity from the Nazi authorities, and wrote incisively on a huge range of topics.

She returned to Germany after the D-Day landings in 1944, following the First and Third Armies as they closed in on Berlin. She was one of the first journalists to enter the Buchenwald concentration camp and later covered the Nuremberg Trials. Schultz had a significant life and career and yet her historical trace is regrettably faint. My hope is to help remedy that.