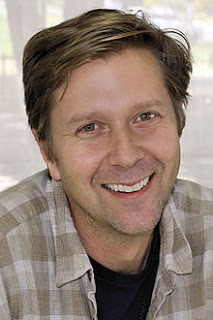 Alex Sheshunoff is the author of the new book A Beginner's Guide to Paradise. His work has appeared in a variety of publications, including National Geographic Adventure and Slate. He lives in Ojai, California.

Q: What motivated you to move to the Pacific island of Yap?

A: Well, I was more pushed than pulled to Yap. I’d been running a small Internet company in New York when a tiny magazine ranked me 96th out of the 100 most influential people working in technology in the city - not a huge accomplishment.

It was the late ‘90s and the magazine later went out of business, as did we, but that day I realized I had two choices: spend the rest of my life working my way up the list. Or cancel my subscription.

After five years of 60-hour weeks, it was a pretty easy choice. So I quit my job, sublet my apartment, and bought a one-way ticket to a remote island called Yap, bringing with me only a few T-shirts and the hundred books I was most embarrassed not to have read.

Q: Among the many islands you visited, did any of them approximate your idea of Paradise, and how did the years you spent in the Pacific change your life?

A: I had this classic idea of Paradise, the one with the tropical fruit and palm trees and smiling tigers and such. Of course, Capital P paradise doesn’t exist, but there are a few islands still left that get close, minus the smiling tigers.

I did, for example, spend some time on an island called Pig, an outer island of Yap, in the western Pacific. Right out of a screensaver or a Far Side cartoon, Pig did indeed have the palm trees stretched over impossibly clear water and topless women and thatch huts, but it also had challenges and difficulties. In my case, some that I never would have guessed. 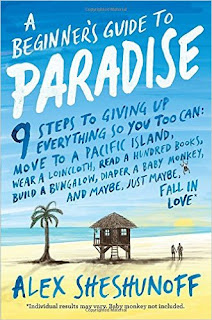 As for what I learned out there, the short answer is not too much - there’s a lot of sugar to help just a little bit of medicine go down! That said, I do try to keep three things in mind, now that I’m back. The first is to not fall for this idea that loyalty to bad choices will somehow make them better. Commitment to bad choices usually just makes them worse.

The second is to stay focused on the things you care about. It sounds really simple, but a lot of us spend a huge amount of effort working towards goals that aren’t really meaningful or are other people’s goals.

Lastly, if you have a dream – and I know this sounds hokey – but something you really want to do, don’t get too tangled up in your own underpants asking yourself if it’s the right thing. And don’t listen to all the experts. Because when it comes to the big decisions – the big choices – we’re all just beginners.

Q: What are some of the most common perceptions and misperceptions about life on a Pacific island?

A: Of the 25,993 islands in the Pacific, I’ve lived on only about six, but of those, I can say they are pretty much like people expect - except in the ways they’re not!

So, you have crazy blue water and coconut trees but on some of them you have a growing leprosy problem and swamps instead of beaches. But you also have people with big hopes and small insecurities, generous spirits and selfish moments – in short, just like people anywhere else.

Q: How did you come up with the structure of your book? Had you been taking notes all along?

A: This story really came about organically. I’m not like one of these guys who decides to wear only blue for a year to write a book about how it changed their life. I was just burnt out and just wanted out of the rat race. So I gathered the hundred books I was most embarrassed not to have read and bought a one-way ticket to Yap.

Only after I was out there for a while did I start getting emails, initially from friends, then friends of friends, and then strangers, asking, “How do I do that too?” Fortunately, I had been keeping a journal, so, well, like a lot of people do, I just started writing it up.

But then I ran into a problem. As someone once wrote, no one really wants to hear about your trip - unless you were the victim of a crime. I wasn’t the victim of a crime –at least not any major ones - so I had to figure out how to tell the story in a way people wanted to keep reading.

At first, I broke the book up into a hundred chapters, each informed by a different book I brought with me. But after 50 mini book reports, few people long for another 50, so I abandoned that and just told my story, incorporating the books when they added something to the narrative or changed me or the way I think.

But I should say that I’m not like John Milton who said he wrote Paradise Lost in order to “justify the ways of God to man.” Mostly, my book just has a lot of jokes.

A: After the Pacific, I moved to Alaska, which is another one of those places that’s exactly like people expect, except the way it actually is. There, my wife, Sarah, and I had two kids, Ian Shenanigan and Andrew Commissioner.

I’ll write about Alaska and raising kids with Sarah there, but unlikely that any of us will be at the center of the story. My hunch is that very few happily married people have written TWO books in the first person!