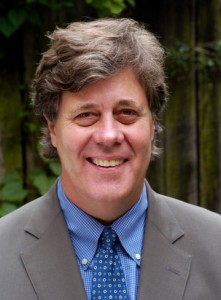 David Maraniss is the author of the new book Once in a Great City: A Detroit Story. His other books include Barack Obama: The Story, When Pride Still Mattered, and First in His Class. A Pulitzer Prize-winning journalist, he is an associate editor at The Washington Post.

Q: Why did you decide to focus on Detroit in the 1962-64 period? What made those years especially important for the city?

A: When describing my approach to books and stories, I often use the metaphor of setting my oil rig and digging as deep as I can. I prefer that form of nonfiction narrative writing to going wide and shallow.

In this case, the 18-month period of the book flowed organically out of the theme that shaped my concept of the book before I started.

My first goal was to write a book that showed what Detroit gave America, which is a lot. I settled on four central threads: cars (Mustang), music (Motown), labor (Walter Reuther and the United Auto Workers), and civil rights.

Once I had those threads, I looked for the most illuminating time to sew them together, and that took me to the period from October 1962 to May 1964. 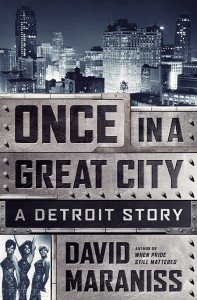 It was during that period that the automakers were selling more cars than ever before and the Mustang, the symbolic car of the ‘60s, was being created; that Motown left on its first national tour with its incredible cast of singers ranging from Stevie Wonder and Marvin Gaye to Smokey Robinson and the Miracles and Martha and the Vandellas; that Reuther and his UAW were instrumental in bringing the working class into the middle class; and that Detroit's important role in the civil rights movement was underscored by the Walk To Freedom in June 1963, at that point the largest civil rights rally in American history, where Martin Luther King Jr. delivered the first major public iteration of his "I Have a Dream" speech, two months before he repeated it to more acclaim in Washington.

I describe Detroit during that period as an incandescent star, burning bright in so many ways, yet it was also a dying star. Many of the structural problems that would lead to the city's downfall were already apparent, even then.

Q: What role did Motown play for Detroit in the '60s, and how much did it shape the city's image?

A: Motown was in all respects a Detroit creation and a symbol of the city. What fascinated me was why it happened in Detroit, why do certain cities and civilizations have these bursts of creative energy? There are many reasons why Motown came out of Detroit, some obvious, some that came as a surprise to me. 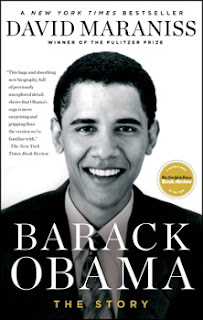 First there was the entrepreneurial energy and genius of the Gordy family, led by Berry Gordy Jr., who founded Motown in 1959, and his four sisters, all of whom played important roles in the music company's development. Motown was the largest black-run music enterprise in the nation, and the Gordys were responsible for it.

Then there was the pure coincidence of so many talented singers living in close proximity to one another.

Then there was the Great Migration of African Americans from Alabama, Georgia, Mississippi, and Louisiana to work in the auto factories, bringing with them the oral traditions of church music, blues, and jazz.

Because of the steady jobs in Detroit, these working-class families had disposable income and single-family homes, and into many of those homes went pianos from Grinnell Brothers, the largest piano maker and retailer in the country, which provided pianos at affordable prices that could more easily be delivered to single-family homes than to the high-rise apartments that were more common in other cities.

And finally there was the essential role of public school music teachers. Virtually every Motown musician I interviewed remembered their music teachers from elementary school to high school and talked about how influential they were. I think all of those factors combined to create the magical creative burst of Motown.

Q: Turning to the auto industry, in the early-to-mid '60s, how synonymous was Detroit with American cars, and what role did the industry play in the success of the U.S. economy?

A: The interesting thing about the auto industry and Detroit during that period was that Detroit was at the heart of the industry and being left behind at the same time. 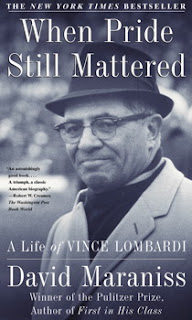 It was a car town, through and through, yet the car guys were leaving Detroit, physically, financially, and emotionally. The factories were already moving outside the city, and the state, and soon the nation.

And it was the car industry that made Detroit the first freeway city, building highways that at once accelerated white flight and tore through traditionally black neighborhoods, causing a ripple effect that further intensified the white flight.

Going back to Henry Ford, the founder of Ford Motor Company, there was a love/hate relationship with Detroit. Old man Ford detested cities and the people who lived in them, and propagated a mythology of pastoral innocence.

I call this the infected heart of the Detroit story, reflected in the ‘60s and the ensuing decades by the auto industry's abandonment in so many ways of the city that created it.

But in 1963 the veneer of Detroit as the booming car town was still the dominant perspective. The cars of 1963 not only sold more than any previous models, they also were bigger and had more chrome than ever, reflecting the hubris of an industry that did not see the threat from Japan on the horizon.

Q: What is the legacy today of this period in Detroit's history, and what do you see looking ahead for the city? 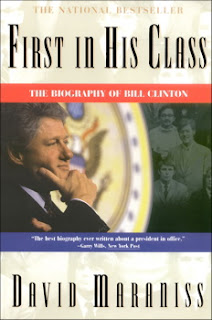 A: It is important to remember how vital Detroit was during that period, how much the nation owes Detroit. In ensuing decades, it became known more as a city of ruins, but now, finally, with a better appreciation of what Detroit meant and what it can mean in the future, it is slowly on its way to again becoming a city of hope.

A: I have several projects going at once. Possible movies and documentaries related to the Detroit book, as well as my books on Roberto Clemente and Vince Lombardi (although my joke is that all of my books are in various stages of NOT being made into movies).

I've also started researching a book that is about my father. One part of the book, the part I feel most comfortable talking about now, is his role as the company commander of an all-Negro unit during World War II.

A: Although I've mostly moved on from a career of journalism to a career teaching and writing books, I still love newspapers and worry about the transformation of the industry.

When people ask me about it, I say that two factors are the most important. The first is the human need to understand our world through story.

That has been true from the beginning and will be true forever. The format of how those stories are told is less important, ranging from papers to films to books to blogs to snapchats, whatever, we will always have the need for story.

But the second part is more troublesome, the need for search for truth. Whatever the format, we will always need people who go out into the world and search for the real story, through interviews and observation and archival records and common sense. The search for truth and the belief that there are such things as facts are essential for the survival of democracy.