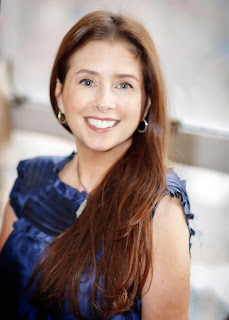 Dawn Lerman is the author of the new memoir My Fat Dad: A Memoir of Food, Love, and Family, with Recipes. She is a nutrition expert, and she contributes to The New York Times Well blog. She lives in New York City.

Q: Why did you decide to write a family memoir, and why did you choose to focus it around food?

A: Originally I set out to write a cookbook. My daughter was in preschool; it was her first day. She had [always eaten] healthy food. She never had a tantrum [but after school that day] she was on the floor—she wanted ice cream.

I asked what you had for lunch—[she had] white bread, American cheese, chocolate milk, Oreo cookies. All the kids were running to the [ice cream] truck. I said, that’s not a snack! A snack is a mini-meal with protein…

I started teaching cooking classes at school, and gathering recipes. I started telling the story of each one—with my grandmother, my best friend. A recipe is more than the ingredients. It was recipes with mini-vignettes.

I wrote to The New York Times with the ideas. They were interested in the back story—a 450-lb. dad in the advertising industry. I started writing that. People were writing to me from all over the world, telling me about their grandmother, their dad who was overweight…it just hit a chord….Then I started writing the book.

Q: How did you pick the recipes you include? 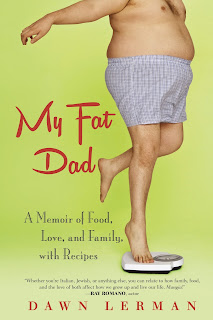 A: These were the ones that were so prominent in my life—the stories I always share. It was hard to narrow it down. I went to the ones with the strongest memories attached. There’s no way to do a story about my grandmother without chicken soup!

There are so many recipes where I remember going to somebody’s house…the book is about inspiring people with [our] own memories and creating new memories.

Q: How did you first get interested in food?

A: I was sitting on the kitchen counter with my dad, and he was making a Weight Watchers cake. He said, “What would make the world a better place? A world without calories!” Food was all my father ever talked about, and [the same with] my grandmother….I was either wanting food or excited because I was getting food…

A: My family loves it. My sister thinks it’s beautiful. My mom wishes there were more pictures of her. My dad said, You’ve come a long way, baby—that’s a slogan he wrote for Virginia Slims. They are all very theatrical…

Q: What’s your favorite recipe in the book?

A: It has to be my grandmother’s chicken soup. I make it three times a week during the winter. If I’m happy I make it. If I’m sad I make it. It’s full of vegetables. It has sweet potatoes, so it’s orange. It’s almost stew-ish.

Then there’s flourless blondies—I make them all the time. And [for Chanukah] it’s potato latkes…

A: I’m always working on a cookbook, compiling more recipes. It’s loosely formed—I’m trying to figure out if it will be a kids' book or a grownup book…

Q: You work as a nutrition expert—do you think there are any helpful changes in nutrition for kids?

A: There is a health shift, but it still involves processed foods. There is more awareness, but still too much emphasis on processed foods and not enough on letting kids cook for themselves….

Q: What were some of his best known slogans? You mentioned Virginia Slims.

A: Coke is it. Once you pop, you can’t stop. This Bud’s for you. Fly the friendly skies of United…

[Also, I wanted to mention] my grandmother’s recipe cards. When I went to spend weekends with her, walking into her house made me [realize] how happy food could make you. [After we moved to New York] she’d send me recipe cards every week…her recipe cards were a lifeline. They really connected me to food as love, and connecting to other people.

A house that smells like food…you just feel at ease, like the aromas are feeding your soul. That’s what my grandmother’s recipes did for me.