Q&A with Michael A. McDonnell 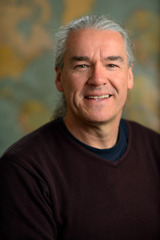 Michael A. McDonnell is the author of the new book Masters of Empire: Great Lakes Indians and the Making of America. His other work includes Remembering the Revolution: Memory, History, and Nation-Making from Independence to the Civil War and The Politics of War: Race, Class, and Conflict in Revolutionary Virginia. He is an associate professor of history at the University of Sydney, and he lives in Sydney, Australia.

Q: You write, "For too long now, the history of the Anishinaabeg of the Great Lakes has been largely hidden behind Euro-American stories..." How did you come to focus on the Anishinaabeg, and why was their history so often hidden?

A: I first came across the Anishinaabeg when researching the life of Charles Michel Mouet de Langlade, who I knew had an Anishinaabe Odawa mother and a French father. Langlade is relatively known to colonial historians and Midwesterners because he played a role in so many different conflicts in the 18th century.

I wanted to write a “life and times” biography. But I quickly realized that it was Langlade’s Odawa family who wielded the most influence over his life.

And in contrast to better-known Native nations such as the Iroquois, Cherokee, and Sioux, though, few people knew about the long and rich history of the Anishinaabeg (which includes the Odawa, or Ottawa, the Ojibwe, or Chippewa, the Potawatomi, Nipissing, Algonquin, and Mississauga in this period).

In part, I think this history has been hidden because the Anishinaabeg lived in dispersed settlements across an immense region, and Europeans never understood the connections between them. They also lived (and still live) across modern-day national borders, making it harder for historians of early Canada or of colonial America to make sense of this world.

Instead, we have focused on go-betweens, or cultural mediators such as Langlade, to understand this history. And instead of realizing he was only part of a much larger Anishinaabe world, we have focused too much on his story – and that of others like him. 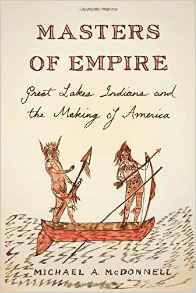 Q: In the book, you write that "we cannot understand the history of early America without comprehending Indian country on its own terms." What are some of the more common perceptions and misperceptions about Native Americans in the Great Lakes during this period?

A: In 1991, Richard White published a masterful book called The Middle Ground: Indians, Empires, and Republics in the Great Lakes Region, 1650-1815. It helped open up a whole new world for historians of colonial North America who did not know a great deal about this region. It certainly inspired me.

But as I dug a little deeper, I realized that while White had drawn attention to the Indian communities of the Lakes, he mistakenly characterized them as “shattered peoples”—refugees and remnant groups from the devastating wars with the Iroquois in the 17th century who were weak and dependent on the French from the start.

As more and more scholars are finding, Europeans often misunderstood the political and social organization of these dispersed settlements, and missed the connections between them.

Europeans called them the Ottawa, Chippewa, Potawatomi, Nipissing, Algonquin, and Mississauga. But they all spoke Anishinaabemowin, and they were all, as they put it, “Allies to each other and as one People.”

One of the most powerful Anishinaabe settlements was Waganakazee, located at the straits of Michilimackinac. Here, a large - and growing - group of Odawa managed to use their extensive kinship ties, their mastery of the canoe, and their strategic location to carve out an important role for themselves even in the midst of European imperialism.

From the start, the collective strength of the Anishinaabeg across the Lakes meant they were too important to be ignored, and too powerful to be cowed. 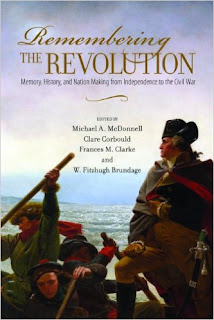 Q: In another quote from the book, you write, referring to events in June 1752, "A conflict in Indian country ignited one of the world's first truly global wars." How did that come about?

A: June 1752 was the month when an Ojibwe-Odawa attack took place at Pickawillany (near modern-day Piqua, Ohio), on a mixed group of Indians headed by a Miami chief named Memeskia. The attackers seized Memeskia, stabbed him to death, and ate his heart in front of his stunned family and followers.

For years, historians have interpreted the Anishinaabe attack as one led by Charles Langlade on behalf of French imperial officials, who were worried about English trade encroachments in the Ohio Valley and its effect on French claims to the region.

But it became clear to me that the Odawa and Ojibwe were there for their own reasons, primarily in order to right the balance of power between themselves and their own Indian rivals.

Yet in carrying out the attack, the Anishinaabeg set off a chain reaction of events that culminated in George Washington’s ambush of French forces at the Battle of Jumonville Glen in the Ohio Valley in May 1754.

Pickawillany was thus arguably the opening salvo in the Seven Years’ War in America between the two great imperial powers of the 18th century, England and France. The war quickly spread to Europe and Asia and ultimately transformed the imperial and global landscape of the early modern world. But it started in Indian country.

Q: What was the role of Native Americans in the Great Lakes region during the Revolutionary War?

A: Most Americans think of their Revolution as a contest between Britain and its colonists. If Native Americans feature at all in popular ideas of this era, it is only in the role inscribed for them in the Declaration of Independence: as “merciless Indian Savages whose known rule of warfare, is an undistinguished destruction of all ages, sexes and conditions.” 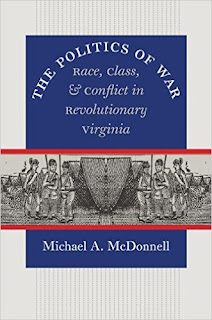 Even in this, they do not act independently. They are brought into play by the king, who was charged with endeavoring to unleash his savage allies upon “the inhabitants of our frontiers.” Yet there was a different kind of conflict in the west, with different stakes.

For the Anishinaabeg and their extended kin among the nations of the Lakes, the Revolution initially proved an opportunity to let the British and their colonists bloody each other. The Anishinaabeg used their French connections to stay in contact with the Spanish who claimed the lands west of the Mississippi River, and who eventually allied with the new states.

They were able to play off the Spanish against the British to maintain their own independence in the region. In fact, the British were desperately dependent on Native Americans across this region during the Revolutionary War. Without their help, the British would have been kicked out of the area long before they were.

From the perspective of Native Americans further south, in the line of advancing American settlement, it might have seemed like a mistake for the Anishinaabeg not to throw their full support behind the British.

But for the Odawa at Michilimackinac, they managed to keep the British dependent on them long enough to play them off against the Americans into the 19th century. They used this leverage to evade Indian Removal.

A: I’m returning to the scene of my first crime, the American Revolution. Not long ago, I stumbled across a number of Revolutionary War memoirs written by relatively obscure people – those who were not officers or elites during the conflict.

They tell a fascinating story of the Revolution as a dangerous, divisive, and often bleak and bloody war – a story we don’t often hear about this event. I’d like to introduce readers to some of these memoirists, and paint a more complete picture of the Revolutionary conflict.

At the same time, I’m also working on a collaborative book project entitled “The Revolution in Black American Life,” with historians Clare Corbould and W. Fitzhugh Brundage. We are hoping to chart the conflicted relationship of African Americans with the American Revolution from Independence to today.

My location here in Australia has also pushed me towards more comparative work in Indigenous history. In an edited collection, Kate Fullagar from Macquarie University here in Sydney and I are keen to explore the similarities and differences in experiences and the connections between Indigenous peoples in North America, the Cape, and the Indian and Pacific Oceans between about 1750 and 1840. We are calling it: “Facing Empire: Indigenous Experiences of Empire in a Revolutionary Age.”

A: …As a newcomer to the field, I’ve had to lean on a number of great scholarly works in the field of Native American history, as well as the stories of the Anishinaabeg themselves.

I’d particularly like to thank Eric Hemenway and the Little Traverse Bay Bands of Odawa Indians for their insights. I can only hope the book helps a little bit in their ongoing struggle to have their rich history told, and the more bitter colonial legacy of that history acknowledged.

--Interview with Deborah Kalb. Michael McDonnell can be found on Twitter @HstyMattersSyd.