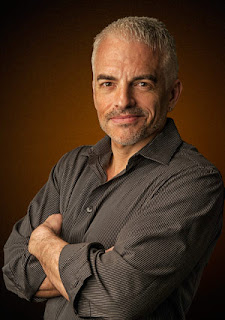 Neely Tucker's most recent novel is Murder, D.C. He also has written the novel The Ways of the Dead, which also features protagonist Sully Carter, and a memoir, Love in the Driest Season. He is a reporter for The Washington Post, and he lives in Maryland.

Q: How did you come up with the story for Murder, D.C.?

A: I was aware of D.C.’s slavery history from being around and doing other stories. There was an…article about a mother and son, shot to death in the same park in Southwest D.C. five years apart to the day. 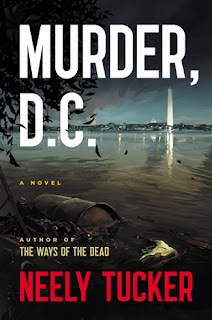 It was a little less mysterious than it sounds—it was a drug park, and they had drug problems. It had never been solved. I thought it was a fascinating scenario for the book.

Q: One of the main locations in the novel is Frenchman’s Bend, which you say is fictional. Is it based on a real place at all?

A: No, there is no Frenchman’s Bend down there. There’s the Titanic Memorial, and that bumps into Fort McNair. I just expanded the earth a little bit!

The first quote in the epigraph is true [about a slave pen]—it was just across the river, over in Alexandria. It was the nation’s biggest slave-trading pen. There’s a museum there today. In Twelve Years a Slave, that’s where the guy was taken.

I blended them all into one particular hellish spot, building a metaphor of D.C. as the nation’s capital, blending slave history with the nation’s history. It’s a very slight fictional license. I really just moved it a quarter of a mile…Frenchman’s Bend was named after a spot in Faulkner’s Yoknapatawpha County, where the Snopes are from. 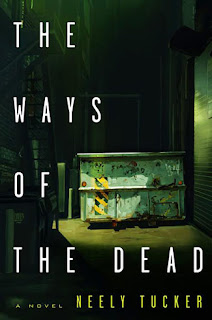 Q: Was the writing process similar or different to that of The Ways of the Dead, the first Sully Carter novel?

A: Similar but different. It was harder in some ways—I had to do it in a year, around my day job. It was easier because I already knew the main character, what he was like. Some of the practical matters—that was easier.

You can spend as much time [as you like on the first one] but once you put something in the marketplace, it creates expectations about when the next one is coming out. The clock starts ticking.

Q: On your second time writing about Sully, did his character develop in ways that surprised you at all?

A: Yeah, that’s in every book. Stuff just starts happening. Billy Ellison is gay—that just popped out in the writing. In writing the scene where Sully’s interviewing [Billy’s] friend at Georgetown, it just popped out on the page….Sully had no idea.

O Street, where the Nationals stadium is now, was a hangout with gay clubs. That led that whole aspect into it. It gave the book a nice twist. I was using the name “Ellison,” [thinking of] Ralph Ellison. This makes Billy Ellison invisible to his family—not because of his race, but because of his orientation. 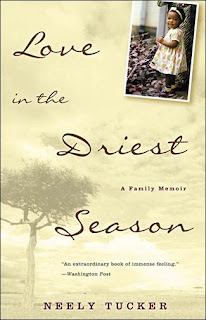 Q: The characters’ dialogue is really great—do you revise it a lot, or does it just emerge that way as you write it?

A: You always revise; it’s one of the few privileges you get. If something sounds like a first idea, I change it. Most if the time, the dialogue comes pretty naturally. I don’t say it out loud when I write it, but I read it out loud before I send it off. I’m always shortening it.

I was friends with Elmore Leonard for a long time—[he said] dialogue is about attitude. In the Sully books, as a technical matter, because they’re told from a single point of view, close third person, that’s the guiding narration of the book.

Dialogue is one of the main ways he finds out about anything. Dialogue becomes a real way you learn about who people are—how they present themselves. Particularly in reporting, you have to be highly attuned to the ways people are—what they say and how they say it often deliver contradictory messages.

Q: So what can you say about the next Sully Carter book? 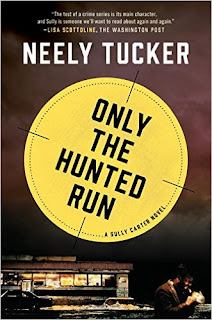 A: It’s done. It’s called Only the Hunted Run. It’s about the birth of the modern terrorist movement in the United States. All the Sully books are based on real incidents.

In 1998 Russell Weston burst into the Capitol building and shot a couple of officers before he was subdued. You could just walk into the Capitol with a gun. It was interesting to exploit for the basis of the book.

The books mix high and low D.C. This puts Sully in the Capitol building for the dramatic assassination, and takes him out to St. Elizabeths. St. E’s is a fascinating place in D.C.—a huge mental institution that was state of the art when it was created but devolved into being a gothic horror show…

Q: Anything else we should know about Murder, D.C.?

A: You don’t have to read Ways to get Murder, D C. It probably helps a little bit…In writing a longer series, in some aspects it’s like doing those television series they have now. You’re writing each specific episode or book that has to carry its own weight, but [also follows] a longer arc.

In doing the second book…one of the harder things—I understood we were doing a series, but now we were into the weeds. You have to decide on the tone—is it going to be really unrealistic, or a much more natural progression of things?

For Murder, D.C., you don’t have to be that interested in the history. It’s mainly about family secrets and how people lie to each other.

--Interview with Deborah Kalb. For a previous Q&A with Neely Tucker, please click here.
Posted by Deborah Kalb at 7:40 AM