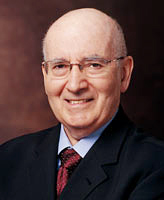 Philip Kotler is the author of the new book Confronting Capitalism: Real Solutions for a Troubled Economic System. His many other books include Marketing Management and Kotler on Marketing. He is the S.C. Johnson & Son Distinguished Professor of International Marketing at Northwestern University's Kellogg School of Management, and he lives in Chicago.

Q: In your book, you have a list of 14 "shortcomings of capitalism." How did you come up with that list?

A: I believe that capitalism is the best economic system for producing more products and more innovation than other economic system. Yet I would like to see it perform better.

The first shortcoming that comes to one's mind is the persistence of poverty. The U.S. generates great wealth but it doesn't seem to reduce the 15 percent level of poverty in this country.

Then we probe deeper and ask why so many working people aren't earning a living wage and so many are on food stamps. This leads to asking why 99 percent of all new income generated by American capitalism goes only to 1 percent of the citizens. Wages here have stagnated in real terms.

Another question pops up: Are businesses careful in their use of our natural resources and accepting the cost of the air and water pollution they create?

Before you know it, you can arrive at a list of 14 shortcomings found in rich capitalist economies. There are a few more but I had to stop at 14 shortcomings, with the hope that I could identify implementable solutions that would reduce each shortcoming, thereby making capitalism perform better for a much larger number of citizens. 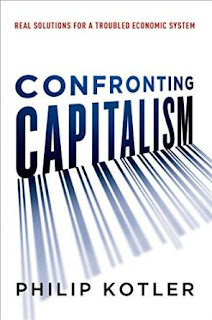 Q: What impact do you see poverty -- and the related issue of income inequality -- having on the future of capitalism?

A: I worry about the possibility of a growing protest movement against capitalism because of the persistence of poverty and the very low incomes of a great number of our workers. We already had the Occupy Wall Street movement.

Low wages mean people can't meet their needs for food, clothing and shelter without going into debt. It is the credit card that has saved capitalism. Without the credit card, the great flood of goods would stay unsold on the shelves.

We depend on marketing to drive economic growth by tempting people to buy more than they can afford, leading to high indebtedness.

Q: You write, "Technology is clearly destroying many jobs, probably faster than it is creating new jobs." How will the increased use of technology affect capitalism?

A: We have all seen standard industries being decimated or reduced by the digital revolution. See what's happening to music stores, bookstores, and newspapers.

Of course, new digital industries are springing up, but they have two qualities: they are not labor-intensive and they require high skills. Today a factory can be run by one person and a dog to keep him awake.

This means that more jobs are destroyed than are created. Where will unskilled people find work? And automation and artificial intelligence are even beginning to hurt the jobs of medium- and high-skilled workers. 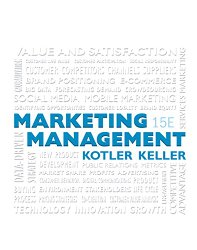 A: Democracy is the best political system in that it allows people to choose and fire their leaders. This is made possible by guarantees of freedom of speech, press and assembly. The basic idea of democracy is one person, one vote.

Much of this is being vitiated by the arrival of PACs and Super PACs made possible by the Supreme Court's decision to pass Citizens United, which made corporations into persons and permitted unlimited political spending during elections. The two Koch brothers are planning to spend almost a billion dollars on the 2016 election.

I could list at least 10 problems in U.S. democracy including the huge power of lobbyists, the fact that politicians are backed by billionaires and have to do their bidding to get elected, the fact that voting districts are reshaped through gerrymandering leading 90 percent of incumbents to get reelected in each election, and other problems.

Our economic system of capitalism is being further damaged by today's gridlock and polarization of our democracy.

Q: You describe yourself as an optimist when it comes to capitalism. Why is that?

A: I remain optimistic. I have seen capitalism to have a capacity for self-correction and self-improvement. We used to have sweatshops and some businesses would even send hoodlums to break up worker strikes.

As long as we have elections, we can vote for the good guys and punish the bad guys. We can pass regulations to make our system work safer and fairer. So democracy has to be a partner to capitalism for capitalism to deliver what we expect. 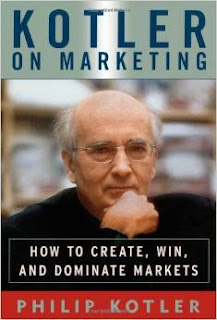 A: I am researching the problems that we are encountering in our democracy and evaluating the solutions have been proposed to improve the workings of our democracy.

A: I want to raise the level of how the public thinks about the nature and role of marketing. Too many citizens see marketing as simply a persuasion technology to separate people from their money and cajole them into buying something that they cannot afford.

The first thing people need to recognize is that marketers are getting earlier into the product design challenge. With their deep understanding of customer decision making, marketers are able to help technical people know what features will be attractive to the target market.

My book Confronting Capitalism is really talking about capitalism with a heart. I am also thinking more about marketing with a heart. The essential purpose of marketing should not be to make a sale but to improve the customer's life.

Marketers with a heart would create products that deliver good customer value. They would choose communications, channels and pricing that will efficiently deliver the promised customer value.

Good marketers will be reliable in their words about the benefits that customers can expect. These marketers will grow their business by growing their reputation for delivering excellent promised customer value.