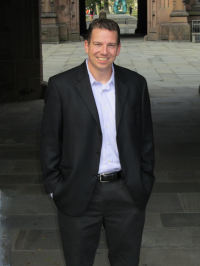 Kevin M. Kruse is the author of the new book One Nation Under God: How Corporate America Invented Christian America. He also has written White Flight and co-edited The New Suburban History, The Spaces of the Modern City, and Fog of War. He is a professor of history at Princeton University, and he lives in Princeton, New Jersey.

Q: You write, “The rites of our public religion originated not in a spiritual crisis, but rather in the political and economic turmoil of the Great Depression.” Why was that?

A: A great deal of the rhetoric and rites of our public religion — phrases like “one nation under God” and “In God We Trust” and practices like the National Day of Prayer, the National Prayer Breakfast, prayers at cabinet meetings and government agencies, etc. — came to pass in a revolutionary moment of religious revival that peaked in the early 1950s.

Because of the timing, many observers, both then and now, assumed that the era’s merger of piety and patriotism was simply a result of the Cold War. According to the conventional wisdom, as the United States launched its war of words with the Soviet Union, American leaders sought to play up this country’s religious roots as a means of contrasting it with the “godless communists” of the USSR.

But as I demonstrate in the book, the men and the movements that established those rites and rituals had been working towards that end long before the Cold War even began. 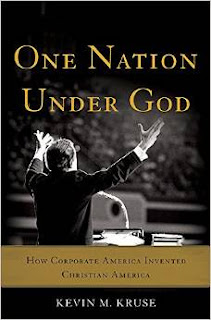 Their campaign started back in the mid-1930s, as part of a coordinated effort with corporate leaders to push back against the “creeping socialism” of the New Deal. Advancing an ideology that one apt observer classified as “Christian libertarianism,” this movement used ministers to make the case that the “pagan statism” of the New Deal regulatory state was an assault not just on economic liberty but religious liberty as well.

Each of those rites and rituals I mentioned above can be traced back, in some form, to the activism of these Christian libertarian clergymen.

Rev. James Fifield, for instance, popularized the term “freedom under God” (as opposed to “slavery under the state”) with weekly radio addresses, a monthly magazine, and a major series of national celebrations of the theme in 1951, helping inspire the campaign to add “under God” to the Pledge of Allegiance in 1954. 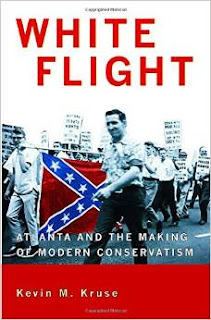 Rev. Abraham Vereide launched a movement of prayer breakfasts for business and political leaders besieged by the New Deal, a movement that spawned the House and Senate prayer breakfast groups in 1942 and, out of them, the National Prayer Breakfast in 1953. (A congressman who led the House prayer group, meanwhile, led the campaign to put “In God We Trust” on stamps in 1954 and paper currency in 1955, and then made it the national motto in 1956.)

And Rev. Billy Graham, another ally of the Christian libertarian cause, led the charge that created the annual National Day of Prayer in 1951.

Q: What role did President Eisenhower play in increasing public religion, and what were his reasons for doing so?

A: President Eisenhower was pivotal in this process. He had been a close ally of the Christian libertarians and had been aided significantly by their support in the 1952 election, but once in office he surprisingly made peace with the New Deal (and, indeed, greatly expanded it). 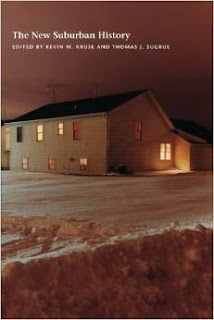 He wound up taking the rhetoric of the Christian libertarians — rhetoric they had always seen as a means to the end of rolling back the New Deal — and made it an end unto itself. His inauguration was filled with religious references, including a prayer he had written himself that morning and that he delivered in his first official words as president.

More “firsts” followed in the early weeks of his administration: he became the first president to be baptized while in office, delivered an Oval Office address to the American Legion “Back to God” campaign, took part in the first ever National Prayer Breakfast, and instituted the first opening prayers at a Cabinet meeting. And on it went.

Eisenhower embraced this public religion because he thought, sincerely I believe, that it would help unite the American people. He purposefully kept the public religion vaguely drawn, in a way that would welcome in believers from all backgrounds. 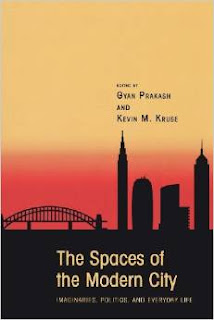 Q: You write that “public schools became a contentious site in the postwar rise of religious nationalism.” What were some of the reasons?

A: As the rites and rituals of public religion spread across the country in the 1950s, state and local school officials tried to follow suit. But as they brought religion into the classroom in those communities where it hadn’t been before, they sparked conflicts.

At the national level, the public religion had been broadly drawn; but when school officials added it to the classroom, they felt forced to give it the same kind of specificity that was in the rest of their curricula.

National leaders could tell Americans to pick up a Bible of their own choosing, for instance, but school programs of Bible reading had to pick one version of the Bible to use, invariably picking sides and sparking resentment.

Inevitably, these local cases made their way to the Supreme Court. In the 1962 case of Engel v. Vitale, the Court held that state-mandated school prayers (specifically, the New York State “Regents’ Prayer” created in 1951) were unconstitutional; in the 1963 case of Abington School District v. Schempp, the Court held that state-mandated programs of Bible reading were too.

These decisions both reflected the growing polarization of Americans on these issues and then contributed to that very polarization. 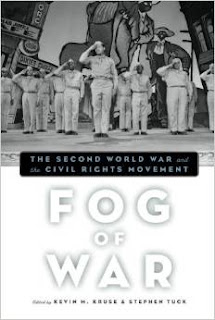 Q: How would you compare the role of public religion in the Eisenhower era to its role today?

A: In Eisenhower’s hands, the new rites and rhetoric of our public religion welcomed in almost all Americans. Only atheists and agnostics were left out, but they seemed to be a distinct minority in that time. All other believers, regardless of their religious or political identity, generally felt at ease with the broadly-drawn religious rhetoric.

In the 1960s, the landscape began to change — first with the fight over school prayer, but then more significantly during the administration of Richard Nixon.

Nixon revived the religious rhetoric that Eisenhower had crafted, but he did so in a cynical effort to advance Silent Majority politics at home and to discredit critics of his widening of the war in Vietnam abroad.

In doing so, he helped link this religious language directly to the right, leading conservatives to embrace it and liberals to recoil from it. Later presidents, most notably Ronald Reagan and George W. Bush, did a great deal to continue this linkage between the right and this politics of piety and patriotism.

A: I’m currently co-writing a textbook on U.S. history since 1974 with Julian Zelizer. Once that’s done, I’ll begin research for my next book, which will either be a group biography of the Warren Court or a study of the so-called “culture wars” of the 1980s and 1990s.