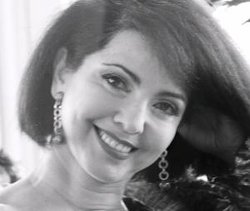 Talia Carner is the author of the new novel Hotel Moscow. She also has written Jerusalem Maiden, China Doll, and Puppet Child. She is the former publisher of Savvy Woman magazine.

Q: How much did your own experiences in the fall of 1993 affect your writing of Hotel Moscow?

A: Of all my novels, this is the only one that touches on my personal experiences. Often, would-be authors start by fictionalizing their own life. My first attempt was a manuscript set in Russia after the fall of communism, a novel that celebrated Russian’s women’s lives and their valor.

Twenty years later, while on book tour for my novel Jerusalem Maiden, I was developing a character of a young woman living in New York, a daughter of Holocaust survivors.

She represented many American Jews who say they feel Jewish but don’t know what makes them Jewish beyond eating bagels on Sunday. Brooke Fielding, my protagonist, was looking for a deeper meaning, one unrelated to the Holocaust. I wanted to have her confront anti-Semitism to help her examine her world-view.

I’m very involved in the American Jewish community. I wanted to explore what it meant to have a Jewish identity detached from faith. In the novel, Brooke is asking these questions in a subtle way, and when she reaches some answers, they are still subtle. I’d be curious what readers will make of it. Book groups, in particular—Jewish or not—will have a lot of discuss. 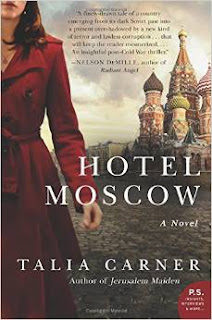 In searching for a situation of anti-Semitism that would force Brooke to confront her legacy and identity, it occurred to me that I had done enormous amount of research for my first unpublished novel.

I had documented the background of time and place in detail, and if I sent Brooke to Russia, a very interesting story would emerge. I was curious to follow her on that journey of discovery.

What I had hoped was a six-months project took me three years. Writing a novel is never simple. There was the question of the protagonist’s past, growing up in a Holocaust-affected home. When and how much should I include in the novel?

For the events in Russia, I borrowed from my experience. I had been caught in the uprising of the Russian Parliament against then-president Boris Yeltsin, was on the run from the militia, and threatened with jail. The American Embassy whisked me out of the country.

The scene where Brooke is playing Scrabble—that happened to me. Eighteen Kalashnikovs surrounded me, and the other women sitting across the coffee table jumped over the couch to the other side of the seating area and disappeared. I had served in the Israeli Army; I knew my Kalashnikovs. 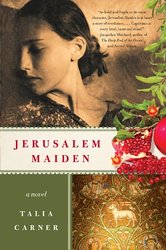 This was a highly unsafe situation, and I had good reason to flee. But in the Soviet tradition I was accused of running away because I “had something to hide.”

The other element of the novel based upon my experience was the business skill workshops that Brooke gives Russian women who run their cooperatives.

Q: How did you balance the real events of that period with your fictional characters?

A: By the time I went back to the material, it was 20 years old. When my husband read the first scene, where Brooke gets stuck in the jetway, he said, “It happened to you!” I didn’t remember; I thought I had invented it. The distinctions between reality and fiction had been blurred.
However, the sexual harassment was real: we were constantly pounced upon, literally. I had watched a guy grab one of my colleagues’ hand, as I show in the scene with Amanda. For him, she is a goddess. That’s how many Russian men viewed us, American women. Sometimes it was just an awe-filled touch. In other instances it was more dangerous. 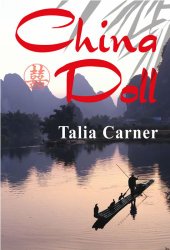 There were situations where we were hosted by women’s cooperatives, but there were always male bureaucrats gulping down vodka. We watched, powerless, as they sexually harassed the women who hosted us.

Q: Can you say more about how you created your main character, Brooke?

A: Two separate themes merged here: I grew up in Tel Aviv with the children of Holocaust survivors. Many are still my friends. The mother of my best friend used to tell me more than she ever told her own daughter.

As I grew older, I began to understand more what I had observed in my friends’ homes. By then, research had been published about Second Generation. Every family in my neighborhood had its own peculiarities, which I now view with adult eyes. At the same time, the more I tried to understand the Holocaust, the less I understood it.

When I was 10 years old, I went on a class trip to the Holocaust Museum in Jerusalem, where they showed us lampshades made of Jewish skin. The prevailing wisdom was that my generation had to know it all the gruesome details and remember.

But as an adult, I could take the anguish no more. In 1992, in Sydney, Australia, at the Holocaust Museum, I broke down. My husband could not calm me down. Since then I was “Holocausted-out.” I could take no more the anguish of being the target of such brutal hatred; the pain was too much. 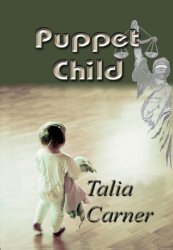 In Hotel Moscow, I wanted to show someone who had heard too much about the Holocaust and wanted a normal life. Interestingly, since I began writing about the Second-Generation issue, I have been able to visit the new Holocaust Museum in Jerusalem, but I watched everything with a distant third eye as I walked in numb, shutting off the emotions.

A: I have 100 pages of another novel that I started a while back but put aside. I don’t have the huge chunks of uninterrupted time needed. When I develop a novel I work 10 to 16 hours a day, six days a week for months that turn into years.

Currently, with the launch of Hotel Moscow, I’m very busy with interviews and blogging about subjects relating to the book. There’s a lot of work surrounding my book tour, which is expected to last more than 18 months.

I enjoy speaking to audiences about the social issues behind each of my novels. I do not do “readings,” but rather keynote events with thought-provoking speeches, as those are great ways to share my passion for social justice.