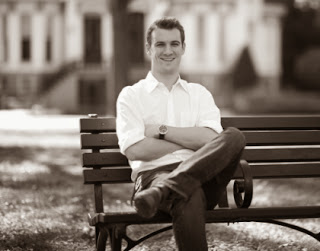 J. Grigsby Crawford is the author of The Gringo: A Memoir, which recounts his experiences in the Peace Corps in Ecuador. He has written for The Huffington Post and The Washington Independent Review of Books, among other publications, and he lives in Washington, D.C.

Q: Why did you decide to write this book, and what do you hope readers gain from it?

A: A few reasons. On one hand, I was a writer in my early 20s, obsessed with creative nonfiction or new journalism, and I probably would've ended up writing something long form about whatever turns my life took over that time.

It just so happens that I joined the Peace Corps—I joined for the normal reasons someone does (as explained in the first couple chapters), but of course in the back of my mind was that this might be an experience that could develop into something worth writing about.

If you've read the book you know that events took a turn for
the scary, dark and bizarre quite quickly once I arrived in Ecuador.
So it wasn't too far in that I decided I had to write about it.

And at that point, I knew I wanted to tell an honest, gritty, funny
and true story about the experience and not the typical lovey dovey, and often condescending, writing we see in Peace Corps or an-American-living-in-a-developing-country literature.

I wanted to lift the veil on the Peace Corps' (oddly) sterling reputation, despite reality. And I wanted it to be accessible to readers who don't previously know or care about the Peace Corps, which I think it's done.

I hope readers are entertained.

Q: How did your feelings about the Peace Corps change since the time you decided to apply, and what do you think of it now?

A: When I applied, I certainly wasn't naive to the fact that there were valid and powerful arguments against the Peace Corps. And through my application process, I wasn't surprised—nor should any reader be—that it was a slow and inefficient bureaucracy. Most of that just made for funny anecdotes.

But when I got in the country—first doing training and then getting
placed in a site as the result of a stroke of breathtaking ineptitude
in program management—those bureaucratic inefficiencies became sadder.

So there were frustrations, but, as they say, actions speak louder
than words: I did, after all, complete my service and had some project success to show for it.

The interesting part is that since the publication of my book, my
mindset has shifted to be even more critical of the Peace Corps than when I was in it or when I was writing the book.

Q: Why did you choose "The Gringo" as your book's title?

A: Just as I wanted my sentences to be short and powerful, and my
chapters to be short and sharp, I wanted the title to be a quick
punch. So I resisted the urge to give one of those titles where the
subtitle goes on forever ("The Gringo: One young man's journey etc. etc. etc.…"). I guess that answers things stylistically.

Conceptually, the word "gringo" represents so much. Spoken there, it can be either an insult or an endearing term, depending on how it's spoken. More importantly, no matter how it's spoken, it conveys a sense of "otherness" or alienation or outsider status, which plays well into the main themes of the book, which are connection/disconnection and attraction/distraction. 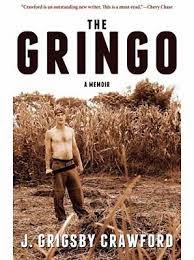 And, of course, the sentence along the lines of "Why don't we kidnap the gringo?" is a critical point in the story.

(Also interesting is that the word, supposedly, comes from a bastardization of two English words. I could go on and on. It's a good word.)

Q: Was it difficult to relive some of the more negative experiences you write about?

A: Not at all. It was a soothing experience. Almost cathartic to get it out—things I couldn't even take the time or mental energy to tell
friends and family as they were occurring.

It's tempting to say that what's more of a drag is to keep talking
about the experiences over and over now that the book is out, but
that'd be silly—it's well worth the enjoyment of having published my first book and knowing that lots of people are buying it, entertained by it, talking about it (good or bad) and asking (or interviewing!) me about it.

A: The great American novel. Just kidding. If I can say something trite like writing is 90 percent thinking and planning and 10 percent actually writing, then I'm thoroughly entrenched in that 90 percent phase. (Ha!)

Really, I'm constantly planning and putting together ideas for what
could be a next work of nonfiction (or thinly veiled fiction). But I'm also enjoying rest from the mental and emotional exhaustion of getting this book out—which was a good thing in all aspects, just a lot of work.

A: There are negative aspects to my adventure there that surely make it into the book. But readers who fear it's all negative, or a negative read, can take comfort in Part III of The Gringo, titled "The Electric Love." There was a lot of beauty in there and in that experience, too; it's all in there.

Other than that, let me wish a feliz navidad to all your readers.