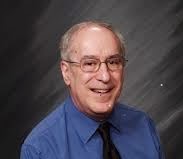 Bruce M. Caplan's books include The Sinking of the Titanic and Leopold and Loeb Killed Bobby Franks (written with Ken Rossignol). He has spoken frequently about the Titanic, a lifelong interest, in schools, on cruise ships, and in many other places. He lives in Seattle.


Q: How did you first get interested in the Titanic?

A: I was 10 years old, and a movie came out, “Titanic,” with Barbara Stanwyck and Clifton Webb. I was watching the show, and a boy who was 14 years old was in a lifeboat and he gave up his seat to a woman, and Clifton Webb, who was playing the father, put his hand on his shoulder and said, Son, I’ve never been so proud of you, and my father said, Son, if you did that I would have killed you! My teacher got us interested in the film, and I would go to the library; I devoured everything I could [about the Titanic].

Q: And you’ve been interested in it ever since.

A: I get interested in a lot of different topics. I speak on cruise ships—I spoke recently about Leopold and Loeb, and about old-time radio.

Q: How did your book The Sinking of the Titanic come about?

A: What happened was that in 1981, I had a secretary named Mary Ambur, and on my birthday, she gave me an original copy of a book printed three weeks after the Titanic sank. I was mesmerized. I realized it was too verbose, and there was no unity and [problems with] transitions. In 1995 I called the Library of Congress, and spoke to a lady and asked how long it took for a book to be in the public domain. Seventy-five years—you can do anything you want with it. I gave complete credit to the original person; I spent three months reworking it.

Q: What are some of the most common misperceptions about the Titanic?

A: The biggest misperception about the Titanic is that the ship was built as unsinkable. They said “practically” unsinkable, but the newspapers jettisoned the adverb.

After the Titanic hit the iceberg, people on the Titanic, especially in the first and second classes, were happy about it. The way [director] James Cameron put it in the [1997 "Titanic"] movie, they didn’t feel there was any danger. The flooding was in the lower parts.

Q: So the third-class passengers experienced the problem first?

A: The steerage passengers—they were called that because they originally were put where the steering mechanism was—they were lower, they felt and saw the impact of it, the water was in their cabins.

Q: How long did it take the first and second-class passengers to realize what was going on?

A: It took about one hour. One couple was on their honeymoon. The first lifeboat left about 55 minutes after the hit, and they could only fill it halfway because people weren’t concerned. The wife said, Let’s get in the lifeboat, we can tell our grandkids about it; they assumed they would be put back on the boat.

Q: What other books about the Titanic do you recommend?

A: A Night to Remember, by Walter Lord—it was made into a wonderful movie in 1958, a black-and-white movie that tells the entire story of the Titanic. The Last Log of the Titanic, by David Brown.

My book has sold over 100,000 copies. There weren’t that many Titanic books [when it came out]. Today, there are several hundred or more.

Q: You’ve also written about the Leopold and Loeb case. What interested you in that?

A: My father was in the parking-lot business in Seattle, and I went into the business; I’m retired now. In the old days, we didn’t have meter boxes, only attended parking. He’d send me on a bus downtown and have me work lots across from movie theaters. I would devour magazines, stories about Leopold and Loeb, two young men who wanted to show that they were above the morals of society; they thought they would commit one murder and that would be the end of it. I became fascinated with that.

A: I’m working on a fictional work where a U.S. senator goes against his aide and has an affair with the aide’s wife, and the aide decides to run against him, but he doesn’t have a warchest. So he uses social media to show what a creep the senator is. He uses onlyyourvote.com—I don’t want your money, only your vote. With Eliot Spitzer, Weiner, money is not going to be nearly as important; social media is going to be an equalizer. You can get your point across and show how encumbered politicians are with interest groups and lobbyists.

A: I feel that it’s much easier to get published today than in years past. I did the Titanic book; it was out in 1996, I had a goal of getting 1,000 books sold. Then there was the movie, the play, the whole world [was interested in the Titanic]. There’s a Titanic museum in Branson, Missouri, and another one in Pigeon Forge, Tennessee. I was fortunate that timing was on my side.

What I like to do is to have history come alive. I speak at schools, and children in second, third grade ask me, Were you a survivor [of the Titanic]? I tell them it was over 100 years ago.