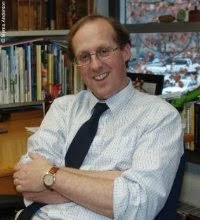 Gary D. Schmidt is the author of the new book Making Americans: Children's Literature from 1930 to 1960. His many books include other scholarly works about children's literature, as well as books for children and young adults, among them Okay for Now, Trouble, and The Wednesday Wars. He is a professor of English at Calvin College, and he lives in Alto, Michigan.

Q: How did you come to focus on mid-20th-century children's literature? 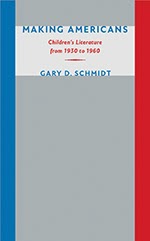 Then, with the advent of children's book editors at the end of the 1920s, that began to change, and suddenly there are American writers talking in the same terms of the American Scene painters about American stories, and landscapes, and characters, and concerns, and questions.

In particular, children's books began to ask the most American question of all:  How do I live side by side with someone who doesn't look like me?  That is THE American question, and that writers like the Beims and James Daugherty and the D'Aulaires were asking this, in books for children, fascinates me.  That led me to this period--to see how we began to have distinctively American books for children.

Q: You write, “The story of American children’s literature at midcentury is the story of its growing depiction of the meaning of democracy.” How did that trend come about?

A: The trend in exploring democracy in children's books came about as American writers for children began to explore the real social problems that faced America, having decided that one way to deal with those problems is to explore them in realistic ways in books for children. 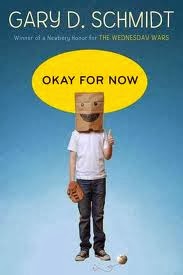 In all of these discussions, the beginning point was trying to define America as a democracy in which all citizens were called to participate equally--that is, all citizens had a responsibility to the country which they were called to exercise. Not a bad thing to celebrate in books for kids. This of course changed drastically with Sendak and Where the Wild ThingsAre, when children's books turned toward the inner experience.

Q: Laura Ingalls Wilder is one of the authors on whom you focus. What about her work makes it important to your argument?

A: Any book that deals with children's books at mid-century must deal with Laura Ingalls Wilder's books, if not for their delightful stories, then certainly for the ways in which those books defined the American pioneer experience. 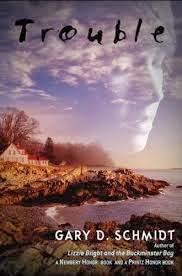 For Wilder, the American experience of democracy was tied closely to the experience of self-reliance. Her themes are a fascinating intertwining of the need to be individualistic and the need to respond to the community--not an easy thing to pull off, but she does.

Q: How are many of the mid-century children’s books you examine viewed today?

A: Many of the mid-20th century books for children are today seen as naive, or problematic in their language, or irrelevant--almost all of these perceptions are wrong.

In fact, there is a surprisingly small amount of critical analysis of the texts of these books--that's not true of the giants, like Wilder, or of the picture books, but it is of the novels. Lois Lenski, for example, is often dismissed for the ways in which she crafted her regional novels, but that dismissal misses the importance of the very fact that they are regional. 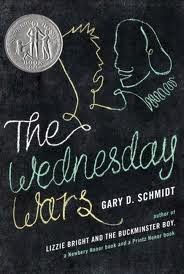 And it is true that most of these books are speaking about an Anglo-Saxon, middle class experience--a mid-America that is hardly diverse in any real sense, and that limitation is crippling.

A: I'm working on a study of the histories of northern New England that were written in the 1790s, after the fervor of the Revolution had waned and before the flowering of the American Renaissance had commenced. I'm particularly intrigued by the ways in which these histories contributed to the mythos of the New England Yankee.