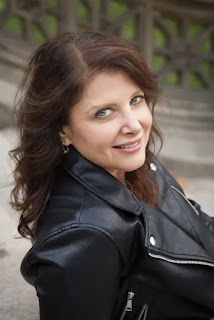 Jillian Medoff is the author of the new novel When We Were Bright and Beautiful. Her other books include the novel This Could Hurt. She also works in the field of corporate consulting.

Q: What inspired you to write When We Were Bright and Beautiful, and how did you create your character Cassie?

A: My original idea for WWWBAB was a 21st century Bonfire of the Vanities or Upstairs, Downstairs set in a luxury building in Manhattan. Like Bonfire, a crime is committed, and we see perspectives from the upstairs socialites and downstairs workers. In early drafts, a child is kidnapped, and her heiress mother stands trial for negligence.

Over time, I changed the crime, but retained parts of my early drafts: the luxury building, the doormen, the socialite family, and the kidnapped daughter. In fact, the kidnapped daughter evolved into Cassie Quinn! (I love the idea of a 21st century Upstairs, Downstairs, and hope someone writes that book.)

In its current incarnation, Cassie’s brother is accused of rape, and WWWBAB tells the story of how their beloved, close-knit family slowly but surely unravels.

Q: You note that you started the book before the #MeToo movement took off in 2018--what impact did it have on your writing of the book?

A: I recently found my very first draft from 2014, when Anton, the doorman, is unwittingly watching as a 5-year-old Cassie is ferried away in a stolen Town Car! By 2017, I’d shifted the central crime from Cassie’s kidnapping to her brother Billy’s rape accusation, but when #MeToo exploded, I started to rethink that decision. 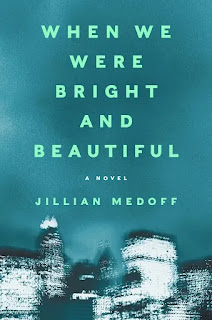 On one hand, seeing so many brave women come forward filled me with a sense of urgency. On the other hand, I wasn’t sure there was room for another novel about sexual assault.

On the third hand, the book was very challenging for me, artistically. I was exploring sexual trauma in an unconventional way that might alienate people unless they read the whole book and understood what I was doing.

On the fourth hand, I truly felt that WWWBAB would cast new light on issues of complicity and sexual violence, and elevate the conversation, much like Susan Choi did with Trust Exercise. As a career novelist, I work on what motivates and intrigues me, so I went ahead and took the risk.

A: The title is taken from the Christian hymn "All Things Bright and Beautiful," which was sung to Cassie when she was a little girl. To me, it's a wistful lament, a reminder of the golden days of childhood, and how dreamy and hopeful everything seems before we’re jolted into adulthood.

Q: How would you characterize the Quinn family?

A: The Committee, my sixth novel, about medical ethics and race in Seattle, circa 1961. It’s completely different from anything I’ve ever written before.

A: WWWBAB was a hard novel to write. People are already having strong reactions, which is gratifying because it means they're thinking about it.

At first glance, the story seems familiar: a rich white guy is accused of assault and his family defends him at any cost. But as you read, you realize a whole other, deeply intertwined story is unfolding. When you get to the end, you see that the book isn’t Billy’s story—it’s Cassie’s.

I'm proud of this novel, and hope lots of people read it. If anyone wants to talk about it, my email is open!