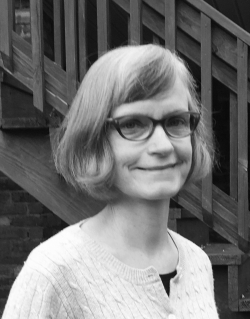 Megan Weiler is the author of the new novel The Spring. She also has written the novel The Night Bell. She grew up in Germany and lives in Nashville, Tennessee.

Q: What inspired you to write The Spring?

A: I grew up in Germany, and like many families, we went south for our vacations. When I was 13 my parents bought an abandoned and crumbling farmhouse in Tuscany, and we gradually made it habitable. We spent our vacations working on it—my brother and I had mixed feelings about that.

Water was always an issue. We got our water from a spring up in the hills that we shared with several other houses. Almost every year, we had to get to the bottom of the mystery of why it wasn’t coming to our house this time. In the process, we got to know people and had little adventures.

I eventually realized that the problem would probably never be resolved once and for all, and maybe that wasn’t even the point. I’ve wanted to write about all this, in some form, for a long time.

An interesting thing is that while water is a literal problem, it also becomes a kind of overarching metaphor in the novel. Water is naturally a metaphor for so many things, like the flow of time, or hidden underground currents. These meanings kind of happened by themselves.

Q: The novel is set in Tuscany--how important is setting to you in your writing?

A: Setting is not always important to me, but in The Spring it’s crucial. Since the 1960s, when sharecropping was abolished in Tuscany, foreigners have been living in restored farmhouses alongside the local people.

At one point Christine, the narrator, looks through her binoculars at a man on the next hill, and sees that he’s looking back at her through binoculars at the same time. The moment is emblematic of the relationship between locals and foreigners, each group viewing the other with curiosity and incomprehension. The Spring shows both perspectives. 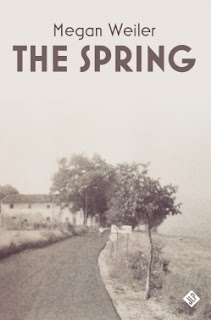 Renato, a former sharecropper who has become a successful farmer and power-broker, says that before the foreigners came, life used to be so quiet and dull. “Now, at least, there’s something going on.” The Germans next door have affairs, quarrels, and so on, providing his own personal soap opera.

In the course of the novel, Christine forms a friendship with an older farmer woman, Silvana. To come back to your question, the setting is important because it conveys a feeling I have about the human condition in general. I think we are all separate worlds from each other—on different hills, so to speak. The effort to reach across that gap is, for me, the most meaningful thing there is.

A: I didn’t know how it would end, and it went through many drafts. I wanted it to be almost a plotless novel, about small occurrences and human interactions.

The problem of water and Christine’s attempts to solve it are the strand that ties everything together. But there is no resolution: each time she thinks she’s found the answer, the situation changes. There are various culprits, but nobody is a really bad person. The worst you can say about Renato, for example, is that he is driven by self-interest.

I decided early on that Christine would have to give up the house, even though it’s the one place in the world that feels like her home. She would like to keep it, but it’s just not possible. The other, more important event that happens at the end is something which happened in life, as I was writing this. It was unexpected, but looking back I saw that the signs were there all along.

So in a way the novel is about how the real stories in our lives often go unrecognized. They’re not what we think they are as we’re living them.

A: I would hope a feeling of pleasure, and of having had a respite from this terrible time we’re living through. Though I don’t completely subscribe to the idea of readers “taking something away” from a novel. I think writing and reading are a two-way street.

When I was a teenager, I loved Kafka. I wrote in my diary that we helped each other: Kafka helped me because he understood me, and I helped him, by understanding him. It makes me blush now, but there is some truth to it. It comes back to us all being on separate hills, wanting to communicate.

Right now we are in a dark place, and we’ve been in the hands of ruthless people who made the disasters we face worse than they had to be. There is a lot of grief and anger. What helps me on a daily basis are little human interactions, like the ones that Christine has in The Spring. Literature is just another form of human interaction.

A: I’ve just finished a novel manuscript entitled Johanna. It’s a coming-of-age story about a young German woman who travels to Italy circa 1980. Johanna has a summer job in Florence prior to setting out for college and a new life in America. She is bookish, naïve and judgmental, thrilled to be finally on her own. She worries about existential questions. Is it possible to be a “person” and a “woman” at the same time?

As she explores her new environment, she bonds with an Ethiopian maid, is befriended by a psychiatrist and his beautiful wife, and enters into an ambiguous quid-pro-quo with an elderly German woman. Her experiences set her on the course toward becoming who she wants to be.

The story is semi-autobiographical, though in a different way from The Spring. I like what Saša Stanišić says in his novel, Where You Come From, about fiction. “Fiction, in my view, […] is an open system of invention, perception, and memory that rubs up against real events.” The mix of these elements is a bit different in each case.

In Johanna, I use the third person, which allows me to see my protagonist objectively, as well as knowing her thoughts.

I am currently reworking a short story that I drafted a few years back.

A: I have a website, www.meganweiler.com. For speaking engagements at stores, public libraries, or book clubs people can reach out to me directly or to my publicist, Mary Bisbee-Beek (mbisbee.beek@gmail.com).

Thank you for having me on your blog!