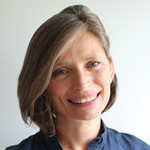 Lydia Syson is the author of the new young adult historical novel That Burning Summer, set in England during World War II. Her other books include A World Between Us and Liberty's Fire. She lives in London, England.

Q: How did you come up with the idea for That Burning Summer, and what kind of research did you need to do?

A: It’s really very much to do with places. It comes out of where it’s set. We go there with my family on a regular basis. The area is marsh. Years ago it was a sea, and was drained in the Middle Ages. When Napoleon was going to invade, they built a canal. It’s the first line of defense.

One of my children was obsessed with airplanes. They were playing in a pillbox [built for defense]. What must it have been like to be on the other side of the canal? You’re so close to France; you can see France on a clear day.

We were going to a lot of air museums. I was getting better and better informed on World War II aircraft. A tiny local museum [shows] aircraft that were dug out of the marsh. Local enthusiasts were working out where the planes disappeared, and they were digging them up. That all was feeding into [the story].

There are lots of different place on the marsh, and they all came together. There’s a gravestone on the road to a 21-year-old pilot who was never found. We found a Polish flag near the beach—we found a very ragged torn-up Polish flag. My son said, Yes, this is Polish. 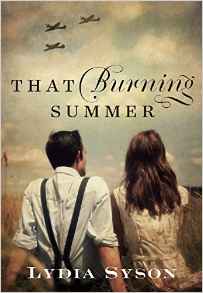 It was a homemade memorial to two Polish pilots. And on the marsh there are churches [which also factors into the story]. There’s a big tradition of smuggling stuff. I just had the idea for somebody who bailed out. I was finding out more about Polish pilots. The idea of losing your nerve would be so much worse—Polish pilots had a reputation for [bravery].

[Also there was] the exploring in books and archives, finding books and diaries with interviews with Polish pilots. I found a translation, somebody translated their grandfather’s diaries and put it on line. I used it a lot in Henryk’s journey. I got in touch with the person [who put it on line].

Q: Yes, I was going to ask you about Henryk, a Polish pilot flying for the RAF. Can you say more about what made you decide to focus on this character?

A: Partly it’s that people didn’t know much about the participation of Polish pilots. Partly it’s because Americans and British share that we were never invaded in World War II—Poland was invaded twice, in both directions. What it means to be invaded, how much more difficult choices you have to make under those circumstances—everything really changes. I was obsessed with the idea of this summer, when it was a real possibility.

I remembered that pillbox—my father’s mother lived on the south coast during the war [and I read books about it as a child, including] an American book about a German POW, Summer of My German Soldier. I felt as if I were drawing on a wonderful tradition of children’s books.

As a child it never really occurred to me—[the British] were full of the Blitz spirit, keep calm and carry on. That was never said during the war, but now it’s on every mug! It’s easy to forget a time it wasn’t so certain after all and people were wondering what they would do. 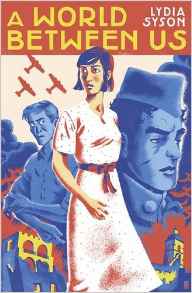 That was what really intrigued me—how you would know who to trust, the effect of all the propaganda, the faith you’d have in yourself. The government would have spies. A book I read [looked at] a collection of things people were saying in pubs and cafes because the government wanted to monitor morale.

A: It was Peggy who came last, oddly enough. Originally I thought of a book for slightly younger readers. It was Ernest and Henryk that interested me. With Ernest, now we know so much more about learning differences. It’s still really tough, but at least differences are [worked with. In the World War II era] it must have been so demoralizing, people thinking you’re lazy or stupid. My publisher offered me a [multiple] book deal, and I thought, I can make this romantic! I like this dynamic.

Q: So who do you see as the perfect audience for this novel?

A: It started quite boyish but [became] more female. I don’t like categorizing. It’s quite frustrating—once a certain cover is going on a book, a lot of boys are not going to read it. I would love more gender-neutral covers. All my books are distributed between male and female characters…I love librarians who look at the child and think, You’ll probably enjoy this. I have three sons and one daughter, and two of my sons love reading books about relationships… 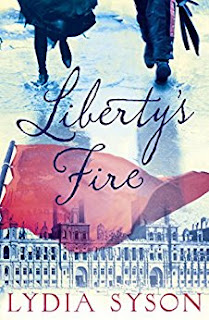 A: An adult novel that will come out in the U.K. in the spring of next year. I’m waiting for my editor to get back to me with the first lot of edits. I always have some family origin—I’ve stolen from my husband’s family. It’s about a family on a small island in the Pacific in the late 19th century, called Mr. Peacock’s Possessions.

A: It was very interesting doing the Americanizations [for this version of the book]. It was so tricky for some things to get the right period word. It’s so English, so of a particular moment. Translating that feel into something that made sense to American readers was interesting and quite challenging!