Adelia Saunders is the author of the new novel Indelible. She lives in New York City.

Q: How did you come up with the idea for your novel Indelible, and for your three main characters?

A: The seeds of the book started when my husband and I were doing archival research in Vilnius, Lithuania. I spent a lot of time looking at old documents.

I was intrigued by the idea that long after a person died, all that was left in an official sense would be a few data points—a birth certificate, a marriage certificate, occasionally a letter written from the person, something that would hint at something more interesting.

But mostly it was about the bureaucratic data points—it was interesting filling in [between them]. What if you were to know what’s in a person’s file—if the person were wearing it on their bodies for one unfortunate person to read? [That was the idea] for Magdalena.

I am interested in genealogical research—for so many people, it’s so fascinating; it’s interesting what a hold it has on us, how people get interested in researching our families.

My father had done a lot of research. One of the characters he got interested in was someone related to me, my mother’s grandfather who abandoned his family when his children were very young and went to California and became a minor screenwriter.

From that came the idea of a man [the character Richard] looking for one family member who happened to be famous—he had a personal hold over her. 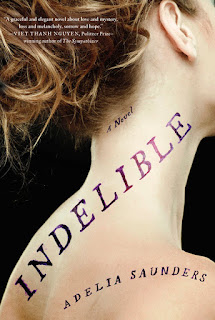 Q: What about the character of Neil, Richard’s son?

A: I wanted him in there because he does tie them [the other two] both together. In the course of working on the book, I was so excited by the idea of historical research, and I wish I could go back to undergrad and be a history major! The Neil character [was someone] I vicariously lived through. I spent a semester in college living in London, and some of his experiences felt familiar…

Q: You tell the story from all three perspectives, but you write Richard’s sections in first person and the other two in third person. Why did you choose to do that?

A: For me, it was important to see Richard’s story through his own eyes, and we get other perspectives, particularly his son’s story line. Richard is not entirely a reliable narrator—he gave the reader what he wants the reader to know, and other storylines fill it in.

I wanted his storyline told in the first person—to go along with him, show the excitement of doing this kind of research. I wanted his story to be told almost as it’s happening, so we don’t know where the story is going.

A: I didn’t choose it—it was the publisher! It was originally called She’s Long Gone. They had practical reasons for changing it.

One of the things that links the three characters, who are dissimilar, is they are all three going through the story in pursuit of a woman who’s gone. For Richard, it’s his mother. For Neil, it’s Magdalena, trying to find where she’s gone. For Magdalena, it’s putting friends to rest.

I had a back-and-forth with my editor about changing the title. I think they made a good choice. The word "indelible" has a lot to it—it makes you think of ink that can’t be erased, and Magdalena has the ability to see this writing.

A: It kind of evolved. I didn’t start it to be a book—it was a project that grew. It was exciting to see where it would go. I believe an author owes it to readers to make them feel they’re in good hands. At times I had to stop and go back and shape this so it works from the very beginning…

A: Most of the settings came from places I had lived. I wrote a lot when my husband and I were living in Paris, and I had been in Lithuania and had lived in Latvia. I made the choice early on that I didn’t want to have a Latvian character—I made the character Lithuanian. It was a freeing choice.

Having lived in Latvia, I was close with my host family there, and I couldn’t write about it without feeling self-conscious. You’re going to know what you’re leaving out, and what a foreigner you are.

There’s a Somerset Maugham quote that you can never really write convincingly about people who are not your own countrymen. It was almost easier to take a country I had less of my own personal connections to, and let [the character] be a bit more impressionistic.