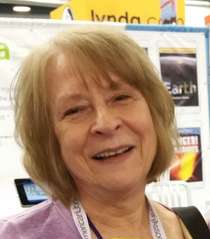 Connie Goldsmith is the author of Dogs at War: Military Canine Heroes, a new book for older kids. Her many other books include Understanding Suicide and Bombs over Bikini, and her work has appeared in a variety of publications, including California Kids and Highlights. She lives near Sacramento, California.

Q: How did you come up with the idea for your book Dogs at War, and how did you research it?

A: Idea: I saw a Facebook posting about how loyal military working dogs (MWDs) are left behind in other countries when soldiers go home. (For the most part, that is not true.)

I wrote a note about how awful that was, and my editor saw it. She asked me if there was enough there for a book. A few days of research and a short proposal later, I discovered there was plenty of material about today’s MWDs. A month later, my editor sent me a contract.

Research. First, I filled out paperwork with the Department of Defense to obtain permission from its U.S. Air Force Book Support Program so I could directly contact the public relations manager at Lackland Air Force Base where most American MWDs are trained. 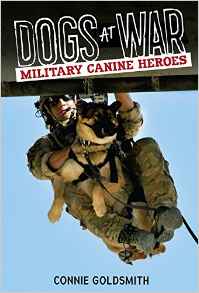 I set a Google alert for military working dogs (I do that for every book I write – it provides me with daily links to news stories about my topic). I signed up for a military newsletter. I read four books on the topic. Best of all, I interviewed the head of the breeding program at Lackland, a military veterinarian and a veterinarian student working on a MWD project.

I interviewed several soldiers who had adopted the dogs they worked with when the dog was ready to retire. I spoke with a MWD puppy foster mom. And I was in close contact with a Vietnam veteran dog handler who has made it his life’s work to support MWDs and their handlers.

Q: What particularly surprised you in the course of your work on the book?

A: On the unhappy side, only a few of the 4,000 MWDs deployed to Vietnam came home. The military believed the dogs would be too vicious to adapt to civilian life, and that they might carry odd diseases home with them. Or perhaps it was just too much trouble.

Some were euthanized, some released, most given to the South Vietnamese Army (who didn’t like dogs and had no experience with them).

On the happy side, today MWDs are chosen as puppies for their desire to please, their drive, and excellent dispositions. After their time in the military—an average of eight years—most dogs are adopted by current or former handlers or others in the military.

The dogs love their new lives, and get along well with other dogs and soldiers’ families, including young children. 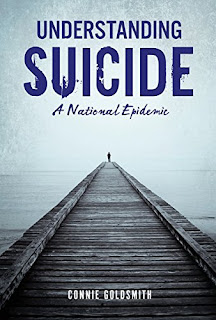 Q: What are some of the roles dogs play in the military today?

A: See the trailer to see some dogs in action. A local group of 5th and 6th grade film-making students put the trailer together. Also check out my website to see other books.

Thousands of dogs went overseas to Iraq and Afghanistan. They were all trained to catch and detain enemy suspects. In addition, they were trained to search for drugs OR explosive devices and materials.

But dogs each have an innate of “alerting.” Some stop and stare, some sit and look at the handler; others put their noses close to the odor. The handler must know what triggers the alert. Does the handler just need to dig up hidden drugs, or call the bomb experts to excavate and deactivate an explosive device?

As numbers of U.S. troops with boots on the ground in foreign countries declines, the dogs fill other roles such as guarding American bases around the world and in the U.S. The government calls on them to guard presidents, judges, foreign dignitaries, and others.

Q: What are some of the key features of their training? 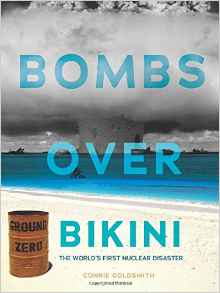 At Lackland AFB where most American MWDs are bred and trained, puppies are evaluated from earliest puppyhood for their potential. At about two months old, they go to local foster parents who socialize them.

After a few months they return to the base and begin up to a year of training. These dogs are driven to please their handlers and that desire is what makes a good MWD.

A: My publisher prefers its writers not to talk about current and future projects. I have two books under contract with Lerner for 2018 that I’m working on now. One is a health/science topic and the other mostly historical.

I can say that my fall 2017 book is about addiction and overdose—sadly an issue of growing concern. In it I interview a number of current and recovering addicts, and a family that lost a son to an overdose.

It was an emotional and sobering experience for me. I’m an RN, but had no experience in this area. I had a similar experience while writing my 2016 book, Understanding Suicide: A National Epidemic. In so many cases, people want to talk about what’s happened to them and their families, but often even their closest friends and relatives are too uncomfortable to listen.

A: In my opinion, nonfiction is the place for writers to be today. I love writing nonfiction. Doing the research and writing is like being a perpetual grad student without having to take final exams!