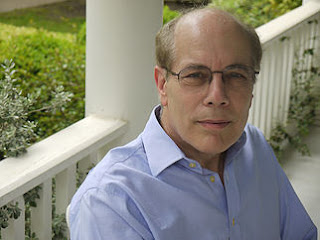 Glenn Frankel is the author of the new book High Noon: The Hollywood Blacklist and the Making of an American Classic. He also has written The Searchers, Beyond the Promised Land, and Rivonia's Children. A Pulitzer Prize-winning journalist, he spent many years at The Washington Post and also taught at Stanford University and the University of Texas at Austin. He lives in Arlington, Virginia.

Q: Why did you choose to focus on High Noon in your new book?

A: It was happenstance. I was at the University of Texas at Austin when my book on The Searchers came out. We had a Western film series, and a UT professor, Charles Ramirez Berg, from the Radio TV Film department, did a session on High Noon. 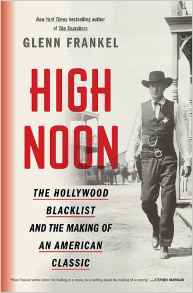 I vaguely knew it had blacklist connections, but I didn’t know all the details. [I thought] it was not high on the pantheon of great movies. Charles enlightened me about [screenwriter] Carl Foreman’s [testimony] before the [House Un-American Activities] Committee, and he made a good case for the excellence of High Noon as a film.

It woke me up a little. I realized this was something I could do and would enjoy doing. I’m finding myself in a sub-genre of writing about great American movies that have historical significance. I fell into it with The Searchers, and High Noon [represents] an almost contemporary moment.

Q: You write, “Clearly High Noon is a Western, but is it also…a blacklist allegory?” What do you think, and why?

A: Carl Foreman meant it to be one. It certainly has elements of it. I would argue in its treatment of the community and the community’s response when faced with a crisis of conscience—the return of the bad guy, his desire to retake the town—it’s the cowardice of the community, the inability of decent denizens to rally around the marshal, the inability of people to do so, [it was]  making an analogy to the blacklist. 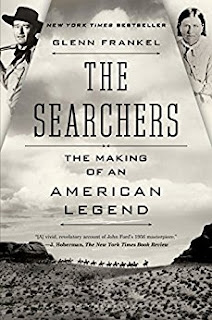 In Hollywood, in 1951, the community just unraveled. People who were not supporters of the Red Scare acceded to it, and humiliated themselves to cooperate with it.

Q: What was [the film’s star] Gary Cooper’s attitude toward the blacklist?

A: Gary Cooper was a very conservative Republican, down the line. He was called as a friendly witness by the House Un-American Activities Committee in 1947, and even then he was kind of cagey. He was clearly strongly anti-Communist, but he was a little unhappy with the committee. He comes to the situation ambivalent—he thinks politics are dangerous.

Cooper was like a lot of people who go by their gut—he works with Carl Foreman on High Noon and trusts Carl—that colors his reaction when Carl is on the hot seat. He offers him moral support, and offers to go before the committee. It was more personal than ideological.

Q: As you mentioned, you’ve also written about the film The Searchers. How would you compare the two in the pantheon of American movie classics? 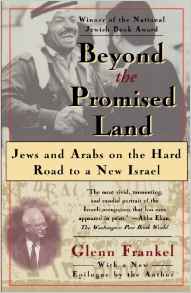 A: I don’t think there’s any doubt that John Ford is considered at the top of American filmmakers. The Searchers, to me, is the highlight of his career. It’s a very ambitious movie, an epic in many ways. It covers ground that’s about families, conflict, racism.

High Noon is smaller and tighter…there’s almost no humor, no side stories. From the beginning, it marches forward. It’s a great piece of work, but it’s not as broad, or artistically ambitious, as The Searchers.

They’re both great movies, and together they show the ways you can stretch the art of the cinema. The acting is superb in both…They are from very different schools, but in the end they are really beautifully done.

Q: What do you see as the legacy of High Noon today?

A: Even though I don’t think many people know much about Gary Cooper—they know his name, they know he was in High Noon—but High Noon, it sits out on the frontier of their consciousness as a pop culture icon. We all seem to know the marshal walking down that empty street. 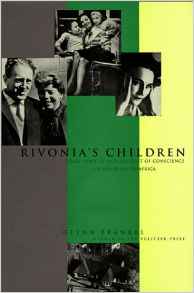 Q: Are you working on another book about another American film?

A: Yes, but don’t ask me what! I’ve really enjoyed marrying these two things—I’m not just looking for a movie I like, but one with resonance that’s caught up in a historical moment or hasn’t been written to death. I’m slowly getting it down to a couple.

A: High Noon was a movie that was a real collaborative effort. Carl Foreman wrote the screenplay. [Director] Fred Zinnemann gave it a gritty feel. Gary Cooper was a beautiful leading actor, and the supporting cast was superb. All of that was involved. It’s well edited, it has a wonderful theme song.

Then the blacklist came along and shatters this collaborative group, which includes [producer] Stanley Kramer. One of the terrible things about the blacklist was the way it destroyed creativity, and shook and damaged partnerships. That’s the tragedy of High Noon. The achievement of High Noon is how beautifully it works and how meaningful it is.

--Interview with Deborah Kalb. For a previous Q&A with Glenn Frankel, please click here.
Posted by Deborah Kalb at 7:06 AM