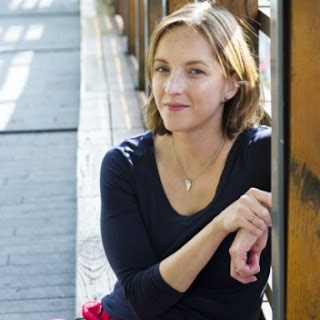 Rebecca Makkai is the author of the new story collection Music for Wartime. She also has written the novels The Hundred-Year House and The Borrower. Her work has appeared in The Best American Short Stories, Harper's, and a variety of other publications, and she lives in Chicago and Vermont.

Q: You write that you were "handed more stories than I could ever decipher or use" from your family. How did your family background affect the writing of the stories in this collection?

A: Specifically, there are four stories (the three "Legends" and "Suspension: April 20, 1984") that are overtly about my family, specifically my father's parents. They were both deeply involved in the politics of 1930s Hungary, but on opposite sides of most issues.

And while those are the stories that deal with their legacy head-on, there are other stories (like "Museum of the Dearly Departed," the last in the collection) that mean something different when you know my family background. 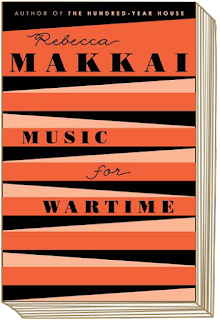 There's an old Hungarian couple in that story; they're quite different from my grandparents, but they're analogues for them, in a way. If you read the story out of context, that doesn't matter -- but within the echo chamber of the collection, you'll see another layer to them.

Q: Many of the stories do indeed focus on music, or war, or both. Was that something you were aware of over the years you were writing the stories, or was it something that just ended up happening?

A: They're not all about music so much as about the arts -- and the question of what it means to be an artist, or to try to make beauty, in an ugly and conflicted world.

They were themes I noticed early on in my own work, and then I wrote to that a bit--to fill out the collection--and I also omitted a lot of finished stories that didn't speak to that central theme as well.

There's a lot of diversity within the collection--in one, the "war" in question is a reality TV competition that pits artists against each other--so it's not as if these are all disturbing stories about war zones. I do worry that people will assume that going in, that it will scare them away. 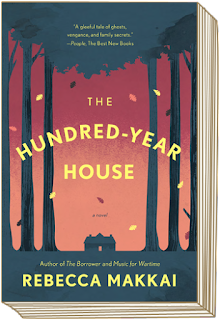 Q: You note that the stories were written over a period of 13 years. Do you think your style changed over that period?

A: Definitely, although I've gone back and revised the early stories so much that I think it's hard to tell which stories are the earlier ones. I'm grateful for the ability to do that; you can't revise, years later, with most art forms. If I were an actor, I couldn't go back and redo my interpretation of Ophelia from 13 years ago. 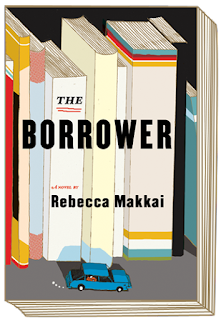 A: I've started a novel that's set in Chicago in the mid-80s (against the backdrop of the AIDS epidemic) and Paris in the present day (where a survivor of the Chicago scene is searching for her estranged daughter). The working title is The Great Believers, but of course that might change.

A: Yes. Can I say a word in favor of story collections? They don't get read in book clubs, and they don't get talked about as much (maybe because they're harder to describe), but they're really where the most exciting things are happening in literature. (And they would make great book club books, really).

We write these things basically knowing they won't sell -- they're labors of love, but I think they benefit from that.