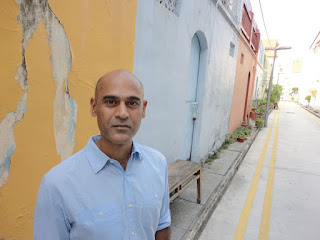 Nisid Hajari is the author of the new book Midnight's Furies: The Deadly Legacy of India's Partition. He is Asia editor for Bloomberg View, and was foreign editor and managing editor at Newsweek. He lives in Singapore.

Q: You worked on a 2007 Newsweek cover story that described Pakistan as the most dangerous nation in the world. Do you agree with that assessment?

A: I do think it’s still true. But what I meant then and now is something very specific. I wouldn’t say Pakistan is the worst country in the world to visit or live in.

The issue is that elements of its security establishment, who continue to see India as an existential threat, use that fear as justification to support Islamic militants such as the Afghan Taliban and groups like Lashkar-e-Taiba (whose operatives launched the 2008 Mumbai attacks), and to build up the world’s fastest-growing nuclear arsenal.

All that raises the risk that a nuclear weapon might fall into the hands of a terrorist group, or that an outright nuclear war might break out if another Mumbai-style attack is traced back to Pakistan. However slim the chances may be, they’re greater here than anywhere else in the world.

Q: In the book, you write, “What truly continues to haunt today’s world are the furies that were unloosed in 1947…” What do you see as the most important legacies of partition?

A: This would be the greatest one, of course: the rivalry between India and Pakistan. The sense of siege implanted within Pakistan at birth still runs strong today. 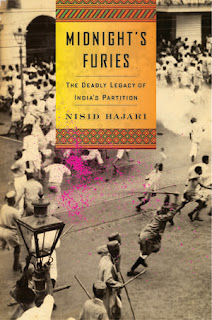 One can’t entirely blame the events of 1947 for the way the country has turned out, of course -- cynical leadership and religious demagoguery over the ensuing decades has taken a bad situation and made it worse.

But the fact that tensions continue to run so high -- despite the fact that the vast majority of the populations on both sides of the border were born after independence -- says something about how fraught the official narratives about Partition remain.

Before both countries can move forward, they’re going to have to come to some more agreed, common narrative about what happened in 1947.

Q: You write that Islam became a way for Pakistan’s leaders to rally their population behind them. How did that strategy come about, and how does it play out today?

A: This is a long, complicated story -- best told in former Pakistani ambassador Husain Haqqani’s book, Between Mosque and Military.

The interesting thing is that Mohammad Ali Jinnah, the founder of Pakistan, was a generally secular man -- he used to mock anyone who suggested Pakistan might become a theocracy. The problem was that he never really defined what Pakistan would be instead -- what would unify Sindhis and Bengalis and Punjabis, if not Islam.

After his death, the Army very quickly promoted itself as the guardian of the nation’s territorial integrity against a supposedly hostile India.

But the generals, too, needed some sort of unifying ideology to justify their rule, which led them to make an unholy bargain with religious right, so that the Army became defender of the faith as well as of the country.

To this day, despite the fact that religious parties tend to do very poorly in elections, the government has great trouble reining in what might be considered radical madrassas for fear of being branded anti-Islamic.

Militants supposedly fighting on behalf of Muslims in Kashmir still claim widespread popular support, despite the public’s frustration with the terrorist attacks that have wracked the country.

Q: What are some of the most common perceptions and misperceptions about India and Pakistan?

A: It’s hard to say -- I’ve heard from people who didn’t even realize that India and Pakistan were once part of the same country, so obviously this is a part of the world not usually covered in American media and history books.

I think one dangerous misperception is that the enmity between them is somehow inevitable -- that once the decision was made to Partition the subcontinent, violence and years of tension were somehow guaranteed.

As traumatic as that split was, I don’t think there was anything foreordained about the aftermath. Decisions -- and mistakes -- made by leaders at the time set these two countries on an unfortunate path. Decisions made by later leaders compounded those errors.

It’s within the power of both nations to get off this path -- it just requires political courage and determination.

A: My wife and I currently live in Singapore, where I oversee Asia coverage for Bloomberg View, the editorial board of Bloomberg News. That keeps me pretty busy, given everything from plunging Chinese stock markets to anti-Muslim riots in Myanmar.

But working on this book also got me interested in the post-WWII, pre-Vietnam era of U.S. foreign policy in Southeast Asia, which doesn’t receive all that much attention. I believe there might be an interesting narrative there to retell.