Karen Joy Fowler is the author of the newly reissued story collection Black Glass. Her other books include the novels We Are All Completely Beside Ourselves and The Jane Austen Book Club. She lives in Santa Cruz, California.

Q: Black Glass was first published in 1998. Why is it being reissued now, and do you think your writing has changed at all in the intervening years?

A: Putnam offered to bring the book out again and I was delighted by the offer.  In general, I don't look back at my work. Too afraid I'll see things I wish I could change.  So it's been an unfamiliar experience, but has gone better than I'd feared. 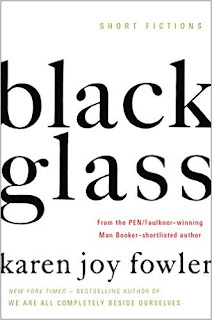 Which is to say that I'm still a very political person; I'm still very interested in families, though my focus has switched a bit from parents to siblings. The voice is still mine. There I am! Younger for sure, but recognizably me.

Q: The stories in Black Glass are set in a variety of time periods, often within the same story, and some of the stories feature appearances by famous characters like Carry Nation, Tonto, and Queen Elizabeth. What do you see as the role of history and myth in this collection?

A: History and myth -- sometimes my own, but mostly not -- are where I most often find my stories. I'm particularly interested in revision, stories I can come at from another angle, think about in a different way. And I like the scope using these larger matters provides. 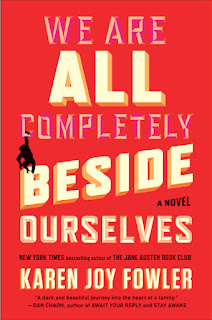 I always want my stories to acknowledge in some way the fact that, though they are small, they take place in a large world and that the large world does not care about my stories, but is busy with its own stories.

Q: How was the title "Black Glass" chosen for the story, and for the collection overall?

A: My editor and I chose "Black Glass" as the first and the titular story together. In the story, it is supposed to evoke the obsidian toad which makes an appearance and also the demon drink of Carry Nation's campaigns.

For the collection, I also like the hint of mirrors, but not reliable reflections, something darker and dimmer than that. The imperfection of human perception, the echoes of "through a mirror, darkly." 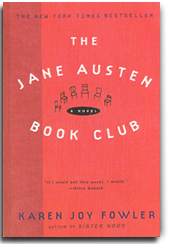 Q: You've focused on Jane Austen in your work. What influence has she had on your own writing, and which other authors have influenced you?

A: I love Austen for her humor and her clear-eyed, unsentimental approach. I love Ursula Le Guin for her imagination and power; I love Angela Carter for her intricate, complicated detail; I love Maxine Hong Kingston for her voice and vivacity; I love Robertson Davies for his clarity and wit.

With role models like these, I can never be accused of not aiming for the stars.

A: I'm working on a story about the ‘60s. With changelings in it.