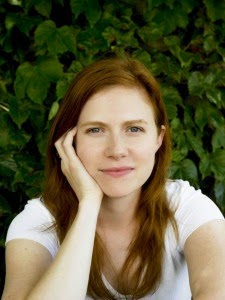 Margaret Lazarus Dean is the author of the new book Leaving Orbit: Notes from the Last Days of American Spaceflight. She also has written the novel The Time It Takes to Fall. She is an associate professor of English at the University of Tennessee, and she lives in Knoxville.

Q: In your book, you write about how you made frequent visits to the Air and Space Museum in Washington, D.C., as a child. How did that affect your interest in writing about space travel?

A: As a child, I wasn't particularly engaged with what I was seeing at the museum. I think sometimes the things that are most remarkable to adults are just accepted by kids, who have no frame of reference, as normal. I did have a sense that what was on display there was special somehow, though, even if I couldn't quite put my finger on why.

As I grew older and gained more of a sense of history I was able to put the history of spaceflight into more of a context and could start to see how remarkable it was.

Q: You write that as you embarked on this project, you thought, “I want to know, most of all, what it means that we went to space for fifty years and that we won’t be going anymore.” In the end, what do you think it means?

A: It's true that I kept asking this question, and I often worried I would never find an adequate answer.

In the end, I did think I found an answer by sort of turning the question inside out—the real question is not "Why did we stop?" but "Why did we start going in the first place?" That turns out to be the real anomaly, the thing that does not fit any pattern of history.

The good news is that now that we've done it, it's changed who we are, and maybe that will make us want to go again. 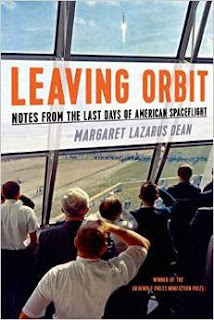 Q: What do you see as the most important differences between the “heroic era” of spaceflight and the “shuttle era,” and what do you see looking ahead?

A: I think the differences were much more significant to the public than they were to astronauts, engineers, scientists, and other spaceworkers inside NASA.

The public seems to have grown tired of the shuttle because it did the same thing over and over pretty reliably (with some notable exceptions).

But to the people who worked on it, it was exciting to develop a spacecraft that could be used over and over for different tasks, some of which hadn't been dreamt up yet when the shuttle first flew--just as exciting and innovative as the simpler rockets that first took people into space.

People want to see spaceflight pushing forward into new challenges, and hopefully we will find the political will to do that in the future.

Q: Your book includes your personal reflections and experiences, as well as the history of the space program. What did you see as the right blend of the two as you were writing the book?

A: This is something I struggled with throughout, that I think all writers of creative nonfiction struggle with.

If you put yourself into it too much it feels like you're being solipsistic, that you're putting yourself in front of your more worthy or compelling subject.

At the same time, if you leave yourself out too much it can feel like you aren't fully sharing your true experience, your true subjectivity.

I hope to strike the right balance where the reader can see that I am offering my own subjective experience of a thing but without trying to shove my own face in front of the camera, so to speak. 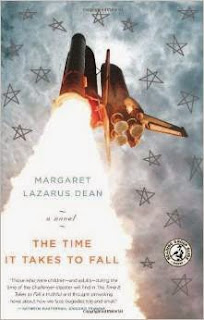 A: I've been returning to a novel I started before the end of the shuttle. It's a very different project--it takes place in Minneapolis in the ‘90s, during the time when everyone thought the world might end when the calendar switched over to 2000.

A: Everyone in the world should, at least once, go outside at night to see the International Space Station pass overhead. It's easy to find out when it will be visible where you are by going to spotthestation.nasa.gov.

The first time I heard someone say I should do this, I thought it sounded boring, but then once I saw it I was hooked. Now I go outside whenever I can to wave at the astronauts, and I always try to drag people with me.