Jonathan Schneer is the author of the new book Ministers at War: Winston Churchill and His War Cabinet. His other books include The Balfour Declaration and The Thames. He is a professor of history at Georgia Tech, and he lives in Decatur, Georgia.

Q: Why did you decide to focus on Winston Churchill and his War Cabinet, and what lessons can be drawn from the way the various ministers worked together?

A: I had been casting about for a subject I could treat as an historian of modern Britain, and that would also interest readers. I read Doris Kearns Goodwin’s book, Team of Rivals, and thought: I can do that – for Winston Churchill and his wartime government.

There are lessons to be drawn. Churchill’s team included socialists who believed in nationalizing the means of production, and Conservatives who believed in free enterprise. The ideological gap dividing them was wider than the gap dividing Tea Party Republicans from liberal Democrats in the United States today.

But the members of Churchill’s coalition suppressed their differences when they had to, and worked together for the good of the country.  They understood the need for compromise. Of course they faced a great crisis, but I hope American politicians can learn to compromise without facing an emergency of equal proportions. 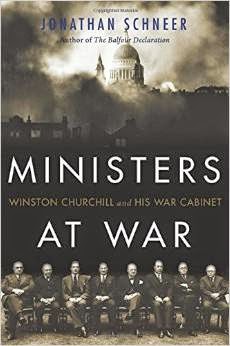 Q: One of the other figures, besides Churchill, who plays a big role in the book was Lord Beaverbrook. How would you describe the relationship between the two?

A: Beaverbrook is a fascinating character. He was born in Canada, not rich, but he made a fortune as a young man, moved to Britain and made more money as the owner of a chain of newspapers.

He was the Rupert Murdoch of his day. He loved political intrigue. He loved to pull strings behind the scenes. But also he got a lot done in a day. He did not delegate authority, but oversaw almost every aspect of his newspaper business.

Churchill had known him during World War I, when Beaverbrook served as Minister of Information. They became friends during the interwar period, drinking, smoking cigars, gambling at cards, gossiping about politics. (Churchill’s wife, Clementine, thought Beaverbrook a bad influence on her husband.)

The two men were both right-wing Conservatives, but they split over appeasement, which Beaverbrook favored. Nevertheless Churchill called on Beaverbrook when he became Prime Minister. He knew Beaverbrook’s capacity for hard, concentrated work, and made him Minister of Aircraft Production, at which Beaverbrook proved a great success.

The two remained fast friends. They still, drank, smoked, intrigued, and played cards – at which Churchill always lost. Beaverbrook got on with Churchill, but not with anybody else. He rowed with everybody and kept threatening to resign. Churchill kept refusing to accept his resignation.

After the Battle of Britain Beaverbrook finally did resign, but later in the war Churchill would appoint him to various Cabinet positions.

One last thing: in early 1942 Beaverbrook concluded that he could run the War Cabinet better than Churchill. He thought he could ride the movement demanding a second front against Germany to relieve pressure on Russia into Ten Downing Street.

For a time it looked as though the two friends would turn upon each other. But Beaverbrook dropped the campaign, for complicated reasons, and the friendship continued for life. 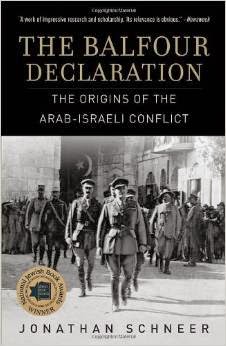 Q: What accounted for Churchill's fall from power in 1945?

A: That is the great question. To answer briefly: a majority of people in Britain turned left during the war. They saw that the government took all sorts of powers to make sure people had enough to eat, and shelter, and medical care, and other things, and they saw no reason why the government shouldn’t continue doing so once the war was over.

Also people felt immense gratitude for Russia. Hitler had been bombing England; then in June 1941 he started bombing the Soviets. And the Soviets took it. They didn’t fold, as every other continental power had done.

So first of all British people were simply grateful to Russians for bearing the brunt of the war. Then they began to think that the Russian Government must be doing something right since Russia continued to fight, and they concluded that it was Russia’s planned economy that explained it. So British people concluded they should have a planned economy too, not just for the duration of the war, but during peacetime as well.

Moreover, even though Churchill was a Conservative and people admired him, they associated the Conservative Party with the appeasement policies of the 1930s, which had gotten Britain into a terrible fix, and also with the unemployment and depressed economy of the 1930s. They didn’t want to go back to that.

And finally people thought that Churchill knew a lot about war, but wasn’t much interested in domestic matters (they were right), and that therefore he would not be the right man to govern Britain once the war was over. All these reasons combined to produce a Labour landslide in the General Election of 1945. 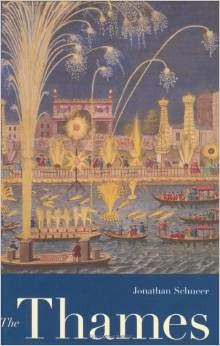 A: I think I am going to write a book about the “Lockhart Plot.”  Bruce Lockhart was a British diplomat sent to Russia in January 1918 shortly after the Bolsheviks seized power.

His mission was to persuade the Bolsheviks to keep Russia fighting against Germany. But the Bolsheviks were determined to get out of the war, even if it meant signing a humiliating peace treaty with Germany. This is what they did.

Lockhart concluded that Britain’s interests would be best served if the Bolsheviks fell from power and a new regime replaced it and re-entered the war. He conspired with other British agents, and with Americans and French, to overthrow the Bolshevik regime and to kill Lenin and Trotsky. Also he had fallen in love with a beautiful (married) Russian woman, Moura Benkendorff.

How much the British Government knew and approved of the Lockhart Plot remains an open question, one I hope to answer. It is an amazing story, with much drama, some violence, and not a little poignancy, and moreover of real historical significance.

A: I don’t want to leave the impression that Churchill’s War Cabinet suppressed their differences all through the war. Far from it. They generally suppressed them during the period of greatest emergency, after France fell and before the USSR and USA joined the fight against Hitler.

Even during this most dangerous period, however, June 1940-December 1941, they argued and carped and sniped and maneuvered against one another.

And once it became clear that Britain would not lose the war, because Germany could never defeat the combined forces of the British Empire, the Soviet Union and the United States, they often gave vent to their differences, especially the ideological ones.

But Churchill proved to be not only a great inspirer of his countrymen through his wonderful speeches, but also a great manager of men. He kept his “team of rivals” going for four more years, encouraging, sympathizing, exhorting, joking with him.

He did whatever it took to keep them working together until the defeat of Germany was absolutely certain. Churchill had many faults which should not be overlooked, but his ability to keep the team in harness was extraordinary and crucial.