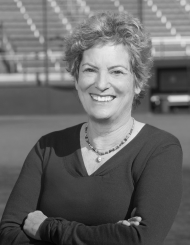 Jennifer Ring is the author of the new book A Game of Their Own: Voices of Contemporary Women in Baseball. She also has written Stolen Bases: Why American Girls Don't Play Baseball, The Political Consequences of Thinking, and Modern Political Theory and Contemporary Feminism. She is a professor of political science at the University of Nevada, Reno.

Q: You describe the U.S. national women’s baseball team as “one of the best kept secrets in American sports.” Why does women’s baseball have such a low profile in this country, and how does it compare with other countries?

A: It’s almost beyond low profile. People prefer not to think it exists. When we hear about women’s baseball, it’s one celebrity girl like Mo’ne Davis. She appears, she can play with the boys, people lose interest, and she disappears.

Q: Has this been going on for a long time?

A: My other book, Stolen Bases: Why American Girls Don’t Play Baseball, traces women’s baseball to 13th century England, where milkmaids invented the game. It was related to children’s games boys and girls played together. When it came to this country in the 19th century, everybody fell in love with it. There have always been a couple of [female] professional teams through the last two centuries.

In Stolen Bases I argue that baseball became associated with the national identity at the turn of the 20th century, and it was regarded as a vigorous masculine sport. Albert Spalding did a lot to promote it throughout the world. I think it had to do with the historical era—baseball as the American national pastime had to be manly.

Selling baseball as a totally masculine sport has required continual coverups because girls have always played. It’s not like American football where you have to be an enormous person to play. I think there is so much resistance to acknowledging that girls have played…even to the point of suppressing it when it becomes visible, is because girls can play. You don’t have to be as big as Barry Bonds or Pedro Sandoval to play. So the “national sport” is not as “essentially masculine” as some would like it to be.

The association of masculinity with American baseball began with an origins myth: Albert Spalding called a commission together in the late 1890s precisely to establish that baseball was entirely of American and masculine origins. He would accept no other version of the game’s origins, and certainly not the truth, that it was derived from a game that was both English and feminine. 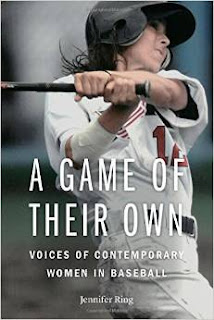 His commission came up with the fiction that baseball was invented in 1839 by Abner Doubleday, a friend of Spalding’s, and an Army general who had fought in the Civil War and the Mexican War. Doubleday did not invent baseball, and he never claimed to have. But the story stuck in the American imagination, much like the myth of George Washington and the cherry tree, and helped to enforce the image of baseball as a boys’ and men’s pastime, invented by a soldier.…

In the 20th century, softball was invented, by men, in Chicago and Minneapolis, so they could play indoors in winter. But it was so much fun, they moved it outdoors. The men who invented and loved softball called it derogatory feminine names, to distinguish it from the “real” and masculine sport of baseball. They called softball “Sissy Ball,” “Nancy Ball,” Panty Waist” and the like.

When, in the 1930s American educators decided that mild physical exercise was healthy for girls, they named the game softball, and declared it to be “girls’ baseball,” a milder and less strenuous form of the manly American game.

After Title IX in the 1970s, there were all sorts of cultural barriers and psychological rationalizations created about why the sexes should be separate in sports…and although it is technically “legal” for girls to play baseball, with boys and on their own teams, by now softball has evolved into a serious sport, and girls are not given a choice about whether they want to play softball or baseball. The social pressure to play softball, along with the allure of collegiate scholarships for softball, keeps most girls playing that game.

Q: Do you think this pattern you describe of girls being pushed into softball rather than baseball will continue?

A: Girls are going to have to demand baseball, if that’s what they want to play. And I think they will. A few years ago I was more pessimistic. Even USA Baseball decided -- and I hope it’s a temporary decision—to try to recruit softball players to play on the USA Baseball Women’s National Team, because it’s so hard to find girls who play baseball at an elite level in this country. 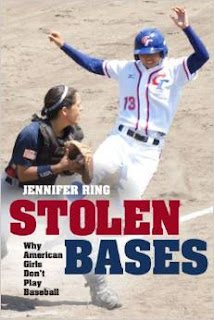 But I also know that there is a whole groundswell of little girls and teenagers who want to play baseball, and I’ve been reading that the recent celebrity of Mo’ne Davis has encouraged many more little girls to sign up for Little League Baseball. I hope they stick with it. I have confidence that with each generation, it will be harder to tell girls they can’t play the game.

People say, Do you think a girl can make it to the major leagues? I am confident there is some girl [who can]—but that’s beside the point. How come we’re not letting girls play a great sport?

Q: I was going to ask you about your daughter, who you feature among the women baseball players in the book. Do you think her experiences mirror those of other talented women players?

A: Of the 11 women I interviewed in oral histories for the book, they’re such a diverse group if you look at them demographically. There are at least two generations—some are in their late teens and some in their early 40s. The generation they belong to made a difference in their baseball experience. The way I organized the book is by age and whether they played baseball or softball.

The younger ones had an easier time saying they don’t want to play softball. Still, very few didn’t have another collegiate sport. Malaika Underwood got a scholarship playing volleyball, which she didn’t like as much. Now she’s returned to baseball. Marti Sementelli and Meggie Meidlinger are pitchers. It’s easier to be a pitcher if you want to play with boys.

The unique challenges that Lilly faced really had to do with the fact that she’s left-handed and didn’t want to be a pitcher. She pitched in high school, and if you’re a left-hander, you either have to pitch, or be very tall and play first base (and she’s not that tall), or be an outfielder, where you need to have as strong an arm, and be able to run as fast, as a boy, so she faced more challenges. 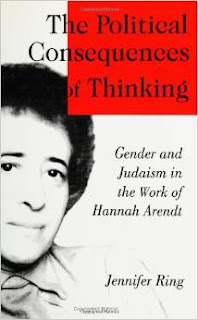 By and large, all the women came up against a glass ceiling when they were 12 or younger, and they were told to play softball. Some did, and some didn’t. There wasn’t one who said, I love softball equally. Some went to softball, and had a good experience, but all of them said they loved baseball more.

Q: Getting back to an earlier question, how does the situation here compare with that in other countries?

A: It’s much worse [here]. It’s terrible. When there are tournaments, it’s the U.S., Japan, Australia, and Canada—those are the four top teams in the world. But Japan, Canada and Australia all have girls’ baseball from early childhood through high school, and for college-age girls.

So the girls don’t have this softball detour to contend with, if they prefer to play baseball. Girls play with boys when they’re children, and in adolescence, they have a choice about whether to play on all-girl teams, or mixed-sex teams.

When International Women’s Baseball was started in 2001, by a couple of American men and some men who were involved with Japanese women’s baseball, ultimately USA Baseball had to be the one to field a women’s team, because there was a venue for an American team, and that is USA Baseball’s job. It is in their charter that USA Baseball has to sponsor a team if there is international baseball competition for women.

So they put together a national team for the first time in 2004, but there still is no real feeder system or infrastructure to channel baseball-playing girls up through the ranks to USA Baseball. 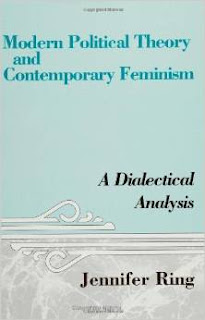 Girls try to stay in the game, and they end up with the national team, but there’s no institutions in place to consistently develop players. That’s not the case in any of the other three major powers. Japan has girls’ baseball all through school and college. Girls in Japan have a choice to play on their own teams or with boys.

We have great young women athletes, but we don’t have a lot of great baseball players. The U.S. struggles in international competitions—the athletes don’t have access to baseball.

I would like to see a model where the U.S. is more like Japan, Canada, and Australia, where baseball is available to girls. Every single one of the women I interviewed said she would rather not have had the pressure of being the only girl on a boys’ team.

I do think there’s more of a grassroots movement now, but we don’t need those gimmick teams. The Colorado Silver Bullets in the 1990s were really good, but they were sponsored by Coors beer and [only lasted] three years, until the promotion was over.

Still, the players and coaches took the team seriously, and they were great baseball players…and they were highly visible – on television, where a lot of little girls saw them and were inspired to be like them.

If you want to see the national pastime develop for the other half of the population, you need baseball opportunities for little girls all the way through college.

A: Not at the moment. This was an intensely emotional experience for me to write; I’m so close to the players. I’m still teaching at the University of Nevada. My hunch is that I will do some exploring and try to write a book about girls’ and women’s baseball in the other three countries. There’s also a lot of women’s baseball in [Latin America].

Q: It’s a fascinating subject. You definitely see fewer and fewer girls on teams as kids get older.

A: You take the celebrity du jour. Mo’ne Davis doesn’t want to continue with baseball. She wants to go to basketball—she wants a scholarship and she can play in the WNBA.

Girls, by the time they’re 8 or 9 years old, are aware they’re playing with boys. They get some flak, and the flak builds up. By the time they’re 12 years old and Little League ends, they’re completely embattled…they do get chased out. It takes a lot for a pre-adolescent girl to have the confidence and be willing to be that exceptional.

Q: Is there anything else about the book that we should know?

A: The hard part is the fact that USA Baseball and playing for the national team is the greatest honor that a girl baseball player can have…But it’s real hard to find girls who are the best.

[The idea that] softball is the same sport is discouraging to the girls who love baseball. If we want a great women’s national team, we have to recognize that getting great at baseball takes a lifetime. It’s such a wonderfully complicated sport. The girls are out there who want to play, and we need to make it possible for them to continue without a foray into softball in their adolescence.