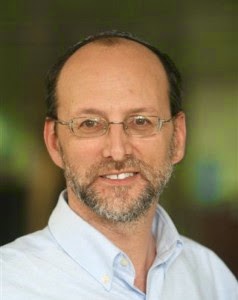 Herb Keinon is the author most recently of French Fries in Pita, a collection of his columns about life in Israel. He also has written Lone Soldiers. He is the longtime diplomatic correspondent for The Jerusalem Post, and a columnist for the paper. He lives near Jerusalem.

Q: How did you select and organize the columns that appear in your new book?

A: I've been writing the columns on-and-off on a monthly basis for about 30 years, and had over 200 to choose from. I picked my favorites, as well as ones I thought best reflected the everyday experiences that immigrants living here – as well as visitors -- could relate to and say, “Ah ha, I know what he's talking about.”

Q: In your columns, you describe the differences between yourself, as someone born in the United States who moved to Israel, and your Israeli children. How are you able to bridge those gaps in perception?

A: Even though I have lived in Israel for more than 30 years, I am very American.

All four of my children were born in Israel. They are very Israeli. They look Israeli, think Israeli, speak English with a very Israeli accent. They have Israeli humor, an Israeli perspective and Israeli cultural references. 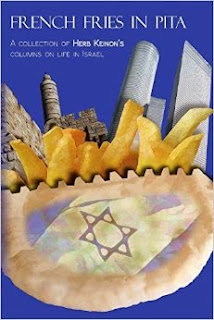 The gaps are wide. Our perspectives are different. But I like the Israeli perspective. That is one of the reasons I moved here from America. I preferred the Israeli Jewish perspective to the American Jewish one. I thought it was more confident, more natural, more authentically Jewish. I wanted it for my kids.

Zionism has brought about a fundamental change in the way Jews think. You think differently living naturally in your own country, than you do as a minority in someone else's, even if it is the most friendly country in the world.

Q: As someone who has lived in Israel for many years, what is your sense of Israel’s image internationally today? How has that changed or remained the same over the years?

A: There is a basic disconnect in the way Israelis view themselves and their situation, and the way much of the world views it.

To understand Israel today it is necessary to understand what it is like to feel insecure: that a rocket can crash into your living room if you live near Gaza, or a terrorist can ram his car into a bus stop you stand at everyday in Jerusalem, or harm can come to one of your loved ones serving in the army.

Just beyond the country’s borders, the region is in flames, literally. And above it all hovers the threat of a nuclear weapon in the hands of an ayatollah who says over and over that Israel needs to be destroyed.

That's the Israeli perception of reality. It's a perception that colors everything, and that explains so much of what the country does – from building the security fence to Prime Minister Benjamin Netanyahu insisting he must address Congress.

The world doesn't always grasp that reality. Israel views itself as a David in the wider Middle East; much of the world perceives it as a Goliath vis-a-vis the Palestinians. 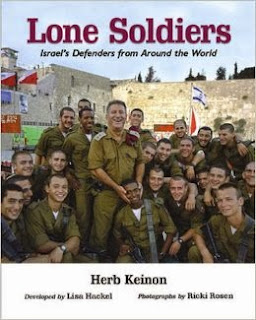 It's tough to speak generally about Israel's image internationally, because there is no one image internationally. It varies from region to region, country to country. Much of America still views Israel as a scrappy little democracy in a hostile sea, while many in Europe see it differently -- as a last bastion of colonialism and an obstacle to world peace. The image of Israel in Russia, China, and India is different altogether.

When Israel was small and weak and seen as a refuge for survivors of the Holocaust, it was a sentimental favorite. As it grew stronger, as it won war after war, as it was not willing -- because of its own view of its vital needs -- to make the concessions many would like to see it make, that image changed, and continues to change.

The image of many who have never been here is of a stern, religious, militaristic country – because that is all that comes out in the news. The reality is much different. One of the things that I wanted to do with this book is try to puncture that monochromatic image by giving a real glimpse of daily life.

Q: Your family members are a big part of your column. What do they think of it?

A: The book is a compilation of columns I've written for The Jerusalem Post over the last 30 years, much of it centered on the family.

I often get asked if they don't mind being written about. The truth is that I would never write anything that might embarrass them – not my wife, who I lovingly refer to throughout the book as The Wife, or my kids.

I've written for The Post for some 30 years, and have a simple rule: “when in doubt, leave out.”

If I think something might be offensive or problematic or not sufficiently corroborated, then I’ll just omit it -- it's not worth it. That goes for the news that I've reported on over these years, and also for these personal columns. I like writing these columns, but I like the family more, and wouldn't write anything that they would object to or would mortify them.

As to what my wife and children think about the book, I think they view it as an accurate account of some of the simple moments we've spent together.

A: Right now I'm concentrating on my daily reportorial duties at The Post, and considering future book ideas.