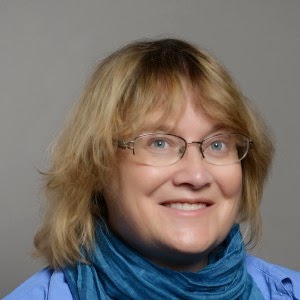 Trudy Lewis is the author most recently of the novel The Empire Rolls. She also has written Private Correspondences and The Bones of Garbo. She is director of creative writing at the University of Missouri.

Q: How did you come up with your main character, Sally LaChance?

A: Sally LaChance was inspired by at least a couple of real-life figures, such as one friend who is a very fierce animal rights activist and another, an avid hiker, who discovered industrial pollution in a local stream.

In an archetypal sense, Sally is a manifestation of the huntress, a mix of protectiveness and aggression. In practical terms, Sally emerged from a series of stories I’d been writing, one of which, “Limestone Diner,” appeared in Best American Short Stories. And finally, Sally took shape through the intersections of her multiple roles as park ranger, aunt, sister, daughter, older woman, divorcee, and roller derby emcee. 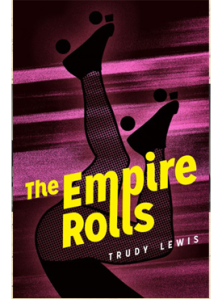 Q: Your novel is set in Missouri. Could it have taken place somewhere else, or is it deeply rooted in its setting?

A: The Empire Rolls is definitely a Midwestern novel, celebrating the populism, energy, inventiveness, and independence of what some people dismiss as the “Flyover States.” So the book might be relevant to the experience of readers from Wisconsin, Indiana, South Dakota, Nebraska, and Illinois.

But because the natural world plays such a major role in the novel, it is difficult to imagine the story taking place anywhere but Missouri. I like to think this book captures the stubborn spirit of the Show Me state, a rough mix of skepticism and faith.

Q: Why did you decide to write some of the chapters from Sally’s first-person point of view, and other chapters from a third-person perspective?

A: I wrote the novel in alternating sections because I wanted to include the perspectives of both Sally LaChance and her boyfriend Jared Mayweather. But I didn’t feel as rooted in Mayweather’s identity. Third person gave me the opportunity to suggest his voice without limiting myself to his perspective. There’s some distance and irony in these sections—although I believe it is a fond irony.

When I started writing, I tried both first person and third person and I liked the way they worked together, like melody and harmony. 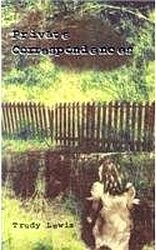 Q: You’ve said the novel ties in to the Iraq War. Could you explain more about those connections?

A: Several of my characters, including Gabriella Hernandez or “Gigi Haddist,” are veterans of the Gulf War. In addition, there is a local mosque whose members are beginning to experience persecution on the basis of their ethic and religious identities—an indirect result of the conflict in the Middle East. So the story takes place in the shadow of war and the roller derby itself is a spectacle of mock violence.

The plot of the story is a commentary on war too, because it forces Sally to confront and reconsider the role of violence in defending her territory—the park, the animals, the skaters, and the young people in her care. 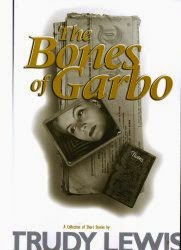 A: My current project is a science fiction novel about jellyfish.  Some scientists believe that the species turritopsis dohrnii, or the immortal jellyfish, holds the secret to eternal life because it can survive harsh environmental conditions by lingering for years or decades in its polyp form.

In my novel, Medusa’s Bell, a corporation has patented the process as a means of extending life indefinitely. My protagonist, the daughter of a corporate executive and the sister of a rogue scientist, is forced to come to terms with her family’s political and biological decisions about immortality, religion, and genetic continuity.

A: I think it’s important to note that The Empire Rolls is set in the fall of 2007, just before the 2008 recession. It was around this time that roller derby experienced a dramatic revival.

For me, this date also marks the point when it became difficult for the average citizen to ignore America’s decline as a world power—thus, the title of the book, "The Empire Rolls." I like to think that there is a measure of hope in this realization—that once we understand power is not static or monolithic, there is more room for us to move.