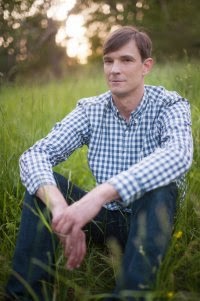 Preston Lauterbach is the author of the new book Beale Street Dynasty: Sex, Song, and the Struggle for the Soul of Memphis. He also has written The Chitlin' Circuit, and he lives near Charlottesville, Virginia.

A: It just unfolded. It wasn’t as if I decided I was going to write a history of Beale Street and I know the Church family are the bosses of Beale Street. I was interested in the whole story of black culture there--there are so many significant people influenced by living there. I felt like the whole collective story of how it happened hadn’t been told.

Once I started asking questions about how Beale Street started, and who the significant people had been, Robert Church was the first name that came up. Every huge figure led back first to Robert Church. The two big ones for me were W.C. Handy, the father of the blues, and Ida B. Wells, the great anti-lynching activist and journalist.

Living in Memphis, you catch a breeze from both of these characters. That’s how I got into Church. Church operated on the scene, and behind the scenes. He emerged as a really complex figure. He was credited as being the South’s first black millionaire, an impressive achievement.

What isn’t as well understood is how he was able to build up that fortune, which is largely the substance of the book—how a man born in slavery became the developer of a red-light district in downtown Memphis. 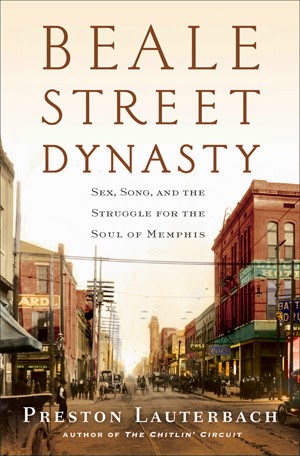 A: The book opens with Robert Church in the Civil War during the Battle of Memphis. He had a superb knack—he managed to be in the middle of everything….

In 1862, Union ships busted through the Confederate defenses and took the city. Robert Church was on the deck of his father’s steamboat. Legend has it that he jumped off the steamboat and established himself. Numerous histories factor into that two-paragraph anecdote. I try to bring as many different sources to bear on what I’m writing—to understand what it looked like, sounded like, smelled like to be there.

It was a nationally important event and was investigated by Congress—they interviewed tons of people. They did a top-down study—down to Robert Church’s tremendously visceral account of white policemen in Memphis invading Robert Church’s saloon, shooting him in the head and leaving him for dead….

Q: You describe both the politics and the music that came out of Memphis over several decades. How were the two linked?

A: Really critically, I think. There are two major figures synonymous with Memphis [during that period]—Mayor [E.H.] Crump, and the composer, the father of the blues, W.C. Handy.

Mr. Crump ran for mayor of Memphis the first time in 1909. At that time, it was similar to New York with Tammany Hall—there were ward heelers, a “saloonocracy.” They would gather as many votes as they could.

One of the saloon bosses decided to support Mr. Crump—Jim Mulcahy. He ran the [saloon] where W.C. Handy performed, and brought W.C. Handy to the Crump campaign. The result was “Mr. Crump,” [also known as] “Memphis Blues”—the first hit composition in the history of blues music, a craze that lasted another 50-60 years. Politics and music go together very well…. 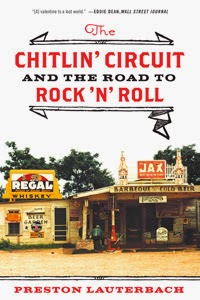 Q: How would you describe the history of race relations in Memphis during the period you examine?

A: I would say relative to the rest of the South, Memphis for black people from the end of the Civil War through the beginning of World War II was [similar] in how brutal the police could be and how difficult it could be to make a decent living due to a racist playing field.

At the same time, it was exceptionally promising. The black vote, restricted, banned, made illegal in other parts of the South, was more or less unrestricted in Memphis. Black people stayed in the practice of voting.

Q: Of the various intriguing figures you discuss in the book, is there one the particularly captured your imagination?

A: It’s hard to say. I have a lot of favorites. The big guys, Robert Church Sr. and Robert Church Jr., the way they so skillfully dealt with all the challenges of being black, yet still were able not only to succeed [but] to turn the tables on white people.

For Robert Church Sr. to build whorehouses in the South, staffed by white women…it was about as audacious an accomplishment as you can find. The same goes for his son and his political accomplishments. Nobody was offering assistance for him to build a black voting block…

For a more elusive character, there’s Red Lawrence. He was noted as a killer on Beale Street. I heard all these stories about him, of what a fearsome character Red Lawrence was. He was very much mixed up in the same political atmosphere regarding Boss Crump….

A: Now it’s a tourist attraction. If you’re familiar with Bourbon Street in New Orleans, it’s similar to that. It’s a great legendary street with an aura to it, but all the action in the book takes place on two blocks, and they’re not long blocks.

Today, about two or three blocks of it is separate as a tourist district. It’s all neon lights, dance clubs, a place to go and buy potent [drinks]. It’s where everybody goes to party. There’s some history there, but for the most part, it’s devoted to nightlife.