Mary Louise Kelly is the author of the new thriller The Bullet. She also has written Anonymous Sources, and has spent many years reporting for NPR and the BBC. She lives in Washington, D.C., and Florence, Italy.

Q: The premise of The Bullet is that a woman discovers that she has a bullet in her neck that she didn’t know anything about. How did you come up with this idea?

A: It’s a true story. I was busy writing a different book, and I have young kids—I had taken the afternoon off to sit on the sidelines of my son’s Little League baseball game.

Another mom heaves a sigh, and said, “I’ve had a hell of a week.” She holds up her wrist, and says, “I’ve had trouble with carpal tunnel syndrome, and I was sent for an MRI.”

The woman said [to me], “Sure enough, I appear to have a bullet in my neck…I don’t have a scar…I’ve never been shot.” I’m ticking through all these questions, I’m a reporter; she has no idea [how this happened to her]. I can’t stop thinking about it. The fiction writer in me took over. 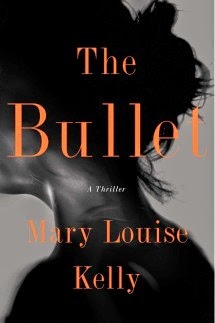 Q: Did she ever find out what happened to her?

A: I haven’t seen her. I’ve been in communication to say that I was writing about it….I hope it’s not as harrowing [as what happens in the book].

I also wanted, being a reporter, to do a bit of research to see if it was plausible.

Q: I was going to ask you about the research you did for this book, yes.

A: I was trained as a journalist, and with my books I reported them the same way I did for NPR, meeting interesting people. I started with my family doctor and asked, is this plausible? [The doctor said] Oh, yeah.

I went to more specific doctors, doing research. It is a one-in-a-few-thousand possibility to get shot in the neck and A, live to tell the tale, and B, not know [how it happened]….I tried to write that [research] into the book….

Q: How did you balance the mystery, the family dynamics, and the romance in the book? What did you see as the right combination?

A: I didn’t set out to write a mystery, a romance, a medical thriller. You just start telling a story, and it is what it is….What’s interesting for me is that the plot is not enough. You have to have an interesting character. [A reader] can hate the protagonist, but you have to care what happens to her. As you’re writing, you get to know [the characters] better.

Writing fiction is very different from being a reporter—I’ve been covering national security as a hard-news journalist—but it is very useful that you have to suck listeners in from the beginning, give just enough information….It’s a more difficult challenge over 300-400 pages. 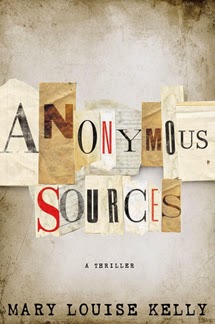 A: In my case, I do an outline, I start with an idea, I start fleshing it out. I write eight to 10 single-spaced pages—this happens, then this, heading me toward an end. I want to make sure there’s a whole book there.

That said, if I were to go back and look at the outline for either book, it changes a lot. Some characters I think are just minor end up being really interesting.

With The Bullet, I had an idea, but [as] I wrote about how the bullet could have gone into Caroline Cashion’s neck—I wrote it several different ways. I ended up changing the ending quite a bit as I went. You end up knowing your characters better as you go along.

I open with a quote from Robert Penn Warren about how none of us are all good or all bad. It captivated my mind [as] I was writing. In so many suspense novels, people take great care with the protagonist but the villains are less developed. Very few of us are 100 percent good or 100 percent bad….

Q: Were there any particular characters in The Bullet who you originally thought would be minor characters but then you found them really interesting?

A: One character who I think started out fairly flat was Beamer Beasley, an older African-American cop who had worked cases on the Atlanta police force and ended up dealing with Caroline as she tries to find out what happened.

When I started writing, he was a vehicle to move the plot along. As I went along, I had long conversations with a friend…who gave me insights into how to piece these cases together, how he might still feel about this case; it was a way to get at racial issues. He became a much more interesting character.

Q: Are you working on a third novel?

A: I have a lot of ideas and I’m kicking them around to see which one sticks. I like writing really strong female protagonists. Caroline is a very different protagonist than Alexandra James, the protagonist in my first book; she’s a reporter, feisty and fearless. Caroline is a subtler character—she’s very self-contained, introverted, and as events unfold, she changes, and finds herself capable of things she might not have thought she was capable of.