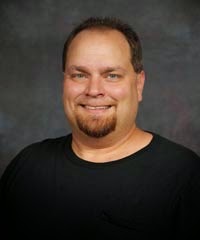 Michael Czyzniejewski is the author of the new story collection I Will Love You For the Rest of My Life: Breakup Stories. He has written two other story collections, Chicago Stories and Elephants in Our Bedroom. He teaches at Missouri State University, is the editor of Moon City Review, and heads Moon City Press. For many years, he has worked as a Wrigley Field vendor.

Q: When you started writing these stories, did you begin with the theme of "breakup stories," or did the overall concept emerge as you were writing?

A: The latter for sure. I certainly write very domestically, for some reason, so there's always that chance that domestic dispute will play a role.

Stories need conflict, and often, when you deal with relatively normal people doing abnormal things, the end of a relationship seems like a likely consequence to those actions.

In some of the stories, the breakup is the consequence. Or really, most of them. Sometimes, though, it's the action, the impetus, and the rest of the story the aftermath, the healing.

I think I had four-fifths of the stories done when I realized what I had, that this was a way for me to tie them together, to make a book.

The newer stories, "Opal Forever," "Hot Lettuce," and "Marrow," the ones that are so specifically about a breakup and the aftermath, those were written after I had the concept, after the book was accepted and the editor (Jacob Knabb) said, "Okay, this is how many more pages you need, how many more stories you have to write."

Oddly, those are also the longer stories in the book, the ones that aren't shorts. I guess when I had a purpose, I got long-winded. 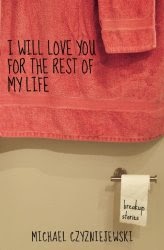 Q: Many of your stories tend to be very short. Why do you prefer this form?

A: There's a few reasons for this. Most practically, I really like finishing something in one sitting. Since I have kids, a wife, a job, etc., sometimes I get a four-hour window on a Saturday afternoon or Tuesday night, and my goal is to finish the first draft of something.

So, I'm not writing Infinite Jest in four hours. I can sit around for an hour or two, surf the Internet, answer e-mails, go through some false starts, and then still have time to find a concept that works, a voice that fits, and write to the end.

I'm sure my practice in this length makes the arc of the story more inherent, that I can start something, like it, and just know where it goes, where it ends.
At the same time, I think short shorts are the place where you experiment with something, with a technique, a style, a voice, something that no reader will want for more than 1,000 words, 2,000 tops.

I have a story in this book that's an outline, and really, who wants to read that for more than a few pages (if that)? I have a couple of lists stories. I wrote a story that was one sentence that didn't make it into the book.

So short shorts allow you as a writer to take chances, and it allows your readers, if they don't think said chances are paying off, to move on quickly without abandoning the book altogether. 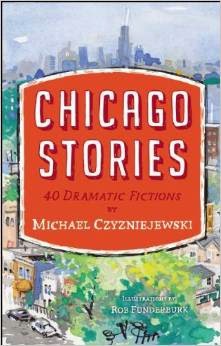 Q: You've worked as a vendor at Wrigley Field for many years. Does this experience find its way into your writing?

A: It has. It took me a long time, close to 20 years, before I was able to work that experience into fiction. It was hard to remove myself from the experience, to make up a character who wasn't me.

My experience there, comparatively, isn't very interesting. I don't get into trouble. I'm not the best (or worst) vendor. People generally like me there. I've never run onto the field with no clothes on. I go to work, sell lots of stuff, catch part of the game, go home.

But I knew I had to do something, that there was material there, the material for a novel. Who would work a job like that, be a writer, and not write that book? I had a lot of false starts, but they were too close to me, me trying to write me.
Then I saw my character, a combination of a couple of guys I worked with, guys who were way more interesting than me, guys who got into trouble, guys that were maybe the worst vendors, the guys who became my muse. 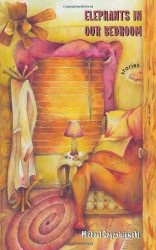 I ended up writing a good hunk of a novel about it, the first chapter appearing in a pretty major lit mag five years ago. I keep moving back to it, writing a little, moving out of it. But I know I have to finish. It's going well, but like I said earlier, I can't write a novel in one sitting and that's killing me.

Q: Who are some of your favorite short-story writers?

A: My all-time favorite story writer is Flannery O'Connor. Nobody has so many great stories. Carver and Saunders are close, but really, she could have eight or nine different stories anthologized, and often does.

And I like her because she’s so devious and deviously funny. The first time I read "A Good Man Is Hard to Find," I had a reaction, got this feeling of being really scared while laughing out loud. No other story since has ever done that to me.
But there's so many. Raymond Carver and George Saunders, as noted. But I'm also a big post-modernism fan, so I love guys like Donald Barthelme, Robert Coover, Stephen Milhauser. Aimee Bender writes perfect short stories.

I'm so glad that most of these people are still writing. It's amazing to see a new Coover story come out and read it and realize how great he is, after 50 years. He's getting better, I think.

A: That beer vending novel! I swear! As soon as I get done with this interview.

A: I'm lucky. I wanted to do something and I'm doing it. Because I write short stories, and people seem to like them, I got my teaching gig and I get to talk about stories, write stories, read stories, and help people with their stories—for a living.

It's how I have a house, a car, and get three (or more) squares a day, take care of my family. I know most people can't say that they are doing what they wanted and are able to make a go of it. Nothing's better than that.