Thomas Forrest Kelly is the author of the new book Capturing Music: The Story of Notation. His other books include First Nights: Five Musical Premieres and First Nights at the Opera. He is professor of music at Harvard University, and he lives in Cambridge, Massachusetts.

Q: Why did you decide to write Capturing Music?

A: The idea came from my wife Peggy Badenhausen, a painter, who wondered why I had written general-audiences books about music (First Nights, Yale 2000) and opera (First Nights at the Opera, Yale 2004), but not about the area of my scholarly research. So I thought I’d give it a try.

My hope here is to interest people who are fascinated by the invention of technology in the past. There was Dava Sobel’s Longitude, about how hard it is to figure out how far around the earth you are; and Ross King’s Brunelleschi’s Dome, about the problem of covering Florence Cathedral.

I thought I’d try to explore the amazing invention of the first recording device for music—that is, musical notation. Whoever thought of making marks on a piece of parchment to represent the sound of a song, and used that parchment later, in another place, to reproduce the same song, started something without which we would know nothing of the music of the past. 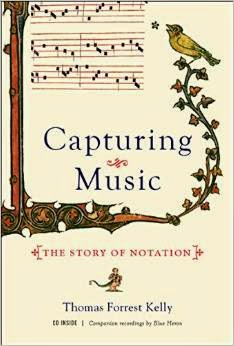 Q: One of the intriguing characters in your book is Guido the Monk, who came up with a key development in the notation of music. What role did he play, and why were monks often the innovators on the musical front?

A: Guido really was an innovator. He operated at several monasteries, but it was his work in Arezzo that gets him his nickname of Guido of Arezzo; his project was to figure out a way to sing music from a book when you did not yet know the song (up until then notation was a reminder, not a prescriber).

And he did it: he invented the lines and spaces that define what each note is; he also came up with the names we still use for notes; Ut, Re, Mi, Fa, Sol, La (one of them later got changed to Do, so that Rodgers and Hammerstein could write The Sound of Music).

Why monks? Well, for most of the Middle Ages, the only people who needed to know how to write were church people, clerical people, that is, clerks (same word as cleric). They needed bibles, prayer books, chant books, etc.

So although there was lots of music, we’re sure-- people have always danced, sung to their children, etc.—the only people who wrote down music, for a long time, were church folks. 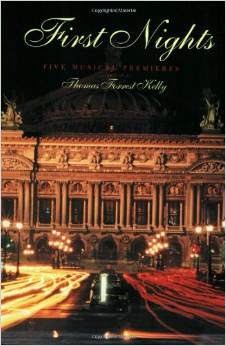 Q: You discuss the role of the Cathedral of Notre-Dame in the notation of musical rhythm. How did their composers figure out this new development?

A: How did they do it? I wish I know. It might have been from the need to coordinate multiple singers singing different parts at the same time; the result is a wonderful, mesmerizing, repeating rhythmic patterning that fits perfectly with the many repetitions of bays and arches in Gothic architecture, and with the multi-faceted stained glass windows of the cathedrals.

Q: You write, "We speak of 'reading' music as though it were the same thing as language." How are they similar, and how do they differ?

A: They are alike, of course, and in fact they can happen at the same time, when we sing a song. And notation, originally, was tied to writing, because it began as signs describing how to sing words.

But there can be music without words, just as there can be words without music. They use different parts of the brain, as we know. And when words and music come together the result can be magical. 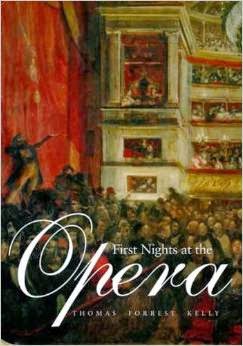 Some of the reasons for making a scroll: when you want to add to it, and thus you don’t know how long it will be when you start (we say “enroll,” which means to add to a roll or scroll); when you want a little scroll to hold in your hand in performance or rehearsal (we still say an actor’s rôle); when you want something archaic and ceremonial (like our modern diplomas); there are some fascinating objects, and I hope to make a beautiful book (it will unfortunately probably have to be in codex form).

A: I’m developing an online course for HarvardX based on my course (and related book) First Nights, which will probably launch next summer….