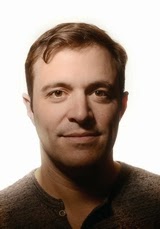 Michael Pitre is the author of the new novel Fives and Twenty-fives, which focuses on the Iraq War and its impact. The title refers to safety precautions a Marine convoy takes when stopping to investigate a possible roadside bomb. Pitre, an Iraq War veteran, lives in New Orleans.

Q: How did you come up with your three main characters, and why did you decide to tell the story from their alternating points of view?

A: The novel began as a collection of short stories, but as the characters developed and their lives began to intertwine I knew it could be something more. A complete accounting of the war in Iraq, and the war in Anbar Province in particular, is impossible without multiple perspectives. The experience of the officers was much different than that of the enlisted, and the experience of the Iraqi population was something else entirely. But all those experiences are valid, and necessary for a full examination of the war.

Kateb was especially important to me. Through him, we have a bridge between the Iraqi population and the U.S. military. He’s the ultimate man apart. 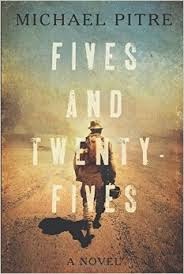 Q: You’ve written of you and your fellow Marines that after coming home, “the war had made us strangers.” How do you think your book could play a role in creating greater understanding between those who have and haven't gone to war?

A: I’m not sure any book can create a better understanding between those who’ve been to war and those who haven’t. But I hope it at least communicates the truth that when democracies send their armies to war, voters must bear the moral, ethical and material burdens along with their warriors.

I’ve spoken about the times when I was asked that question I’d thought long extinct: “Did you kill anyone?” I don’t answer the question. Instead, I say, “If I did kill anyone, you paid me to.”

A: The admonition to, “Watch your fives and twenty-fives,” had been so ubiquitous in my life for so many years that I honestly missed hearing it when I left the military. The title is really a message to other vets. It’s my way of saying, “Don’t forget.”

Q: Why does Huck Finn play a big role in the novel?

A: I started thinking about Huck Finn during my first deployment. The war in Anbar Province, as I witnessed it, took place within 100 meters of the highway. The roads were like our rivers. Each road had its own personality, its own particularities and dangers. I started to think about Huck and Jim floating down the Mississippi, and how things always went wrong the moment they beached their raft and left the river. It was much the same in Iraq.

As for Kateb’s relationship with Huck Finn, it’s linked to the way Huck honestly believes he’s committing a grave sin by guiding his friend Jim to freedom. Kateb faces a similar torment. When his divided loyalties force him to make a choice, he always goes for the route he thinks will produce the least possible suffering. When people ask me whose side Kateb is on, I always say that he’s on the side of humanity.

A: I’m from South Louisiana originally, and Cajun by birth. Over the last decade, the two most impactful events in my life have been the Iraq War and the oil spill caused by the Deepwater Horizon disaster. I’m working on a novel that follows two Cajun families involved in the offshore oil industry, beginning in the late 1940s and ending with a fictionalized disaster similar to Deepwater Horizon.

My father and grandfather both worked in the oil industry. Like most Cajun men of their generations, they saw the “oil patch” as an opportunity to bring themselves and their communities out of poverty. And they succeeded in that. The offshore oil industry came of age in South Louisiana, and would not have matured into a global industry without the boats and sub-sea technology designed and built by enterprising Cajuns. From Brazil to Scotland, any port adjacent to an offshore oil field likely shelters a workboat or two flagged out of Thibodaux, Louisiana.

But that success cost the Cajuns their traditional way of life. Then the Deepwater Horizon disaster destroyed the ecosystem that had sustained and nurtured their secluded society for over two centuries. There’s quite a bit of drama in that.

A: Only that I wrote Fives and Twenty-fives with no expectation of an audience larger than my wife and a few close friends. Every reader beyond that is a small miracle.