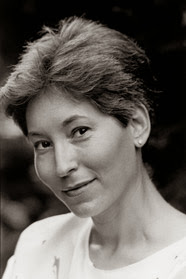 Elinor Lipman's latest books are The View from Penthouse B, a novel, and I Can't Complain, an essay collection. Her many other books include the novels The Family Man, Then She Found Me, and The Inn at Lake Devine; and Tweet Land of Liberty, a book of political tweets. Lipman, who is based primarily in Manhattan, has often been called a "modern Jane Austen."

Q: How did you come up with the characters of the sisters in The View From Penthouse B?

A: I can't say how I came up with Margot, the older sister who owns the penthouse--she's just one of those characters who appears fully formed. 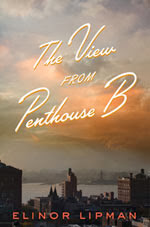 Originally, in an earlier draft, she'd taken in three unrelated roommate-boarders after losing all her money to Madoff, but I wasn't happy with where that story was going (nowhere).

After my husband died, after a break, it wasn't too big a leap to start over, in the first person, with the younger, widowed sister moving in and narrating.

And I gave them a third sister, who didn't live with them, who could be something of a one-woman Greek chorus and critic.

Q: Do you find writing essays to be a completely different experience from writing novels, or are there many similarities?

A: It is a completely different experience for me, and easier, once I find the topic and figure out how to shape it into an essay.

I do think my readers find similarities between my fiction and nonfiction in the way I see and report things; in "voice" as we say, and maybe in the balance between sentiment and humor. 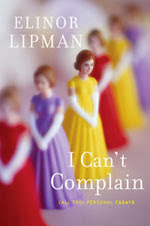 I'm learning that the easiest essays are the personal ones, whereas the ones that are more journalistic and reportorial need a bigger raison d'etre. I don't want to wonder as I'm writing, "Why am I talking about this?"

Q: How did you end up writing a book of political tweets?

After one newsy tweet to my zero followers, I thought I know! One rhyming political tweet a day until the 2012 election! I'll enjoy that more than anything. I should've done the math and realized that meant 499 days… I tweeted the day after the election for a total of 500 poems, and have posted a few more since, but consider myself retired from the full-time daily grind.

And the book part of it was just a wonderful fluke. At a party in Boston (the Grub Street annual conference), the publisher of Beacon Press asked me, "Someone's doing your tweets as a book, right?"  I said, "Why, no." And she said, "Well, I am." 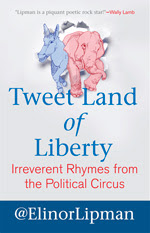 A: Who could not love such a comparison? When asked what we might have in common, I supply some answers from Carol Shields's wonderful Penguin Lives biography of Austen.

She pointed out that "mothers are essential in her fiction. They are the engines that push the action forward, even when they fail to establish much in the way of maternal warmth." And this definitely applies: that the true subject is not current events or ongoing wars but "the search of an individual for his or her true home." 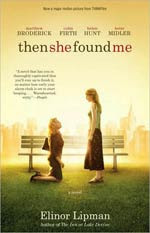 A: I loved it.  When I read the first few pages of the screenplay, I thought, huh? Where are my characters?

But as it went forward, I laughed and I cried. It was smart and funny and touching. And I fully understood, after some exchanges with Helen Hunt (who wrote, directed, and starred in it), that she had tried many times to be more faithful to the novel, but that studios were turning her down.

If cheesy changes had been made to enlarge or commercialize the story, I may have had a beef, but that was never the case.

I was happy to represent the film at a few festivals, where I introduced it and then took questions at the end.

It also brought the novel back to stores, 18 years after it was first published. When my son (who was 6 when it was optioned, and 25 at the premiere) met Helen, he put his arm around my shoulders and said to her, "I hope you know you made my mother's decade."
Q: Do you think writers are ever satisfied with the depictions of their characters in movies?

A: Some. I was. I'd been prepped to be realistic, having received very good advice from novelist Meg Wolitzer when the manuscript was optioned.  She said, "Think of it as a movie based on characters suggested by the novel Then She Found Me." And also, a Hemingway quote: You drive to the Nevada border. You throw them the book and they throw you the money. Then you drive like hell back from where you came."

As it turned out, my experience was quite wonderful because Helen Hunt was most thoughtful at every turn.

--Interview with Deborah Kalb.  This Q&A was conducted in conjunction with The Lessans Family Annual Book Festival at the JCC of Greater Washington. Elinor Lipman will be speaking at the festival on Friday, November 15, at noon. A previous version of this interview was posted on December 11, 2012.
Posted by Deborah Kalb at 8:55 AM