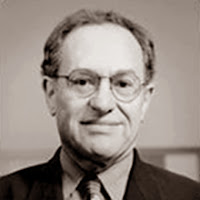 Alan Dershowitz's new book, Taking the Stand: My Life in the Law, will be published October 15. He is the Felix Frankfurter Professor of Law at Harvard Law School, has been involved in many well-known cases, and has written numerous books, including Chutzpah, Reasonable Doubts, and Reversal of Fortune.

Q: You’ve written other books about your career and your life—why did you decide to write this one?

A: I previously had written Chutzpah, which was about my Jewish life at the halfway point, and I have done a lot since, and thought a lot since. This book is an attempt to summarize 50 years of law practice, and look back. It’s a biography of me, and of the law.

Q: This will be your last year teaching at Harvard Law School. Why have you decided to step down from teaching at this point?

A: Fifty years is a long, long time. I’ve had only one real job in my life. I’ve turned 75, and I’ve written my 30th book. If I’m healthy, I’d like to move to other things. I have a terrible case of FOMS, fear of missing something. I’m looking forward to new things. I have an active practice, I have two or three books that I’m beginning to work on, traveling, more time relaxing.

Q: You write that there’s the “Dersh Character” often portrayed in the media, and then the “real Alan.” How do the two differ?

A: In my private life, I’m very easy to get along with, I don’t argue very much. In my public life, I’m argumentative, confrontational, feisty. With my wife and family, I’m a pushover. 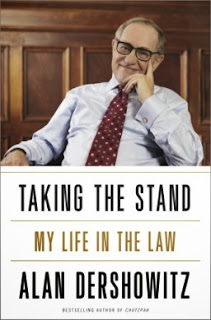 Q: Are people surprised when they meet you and get to know you?

Q: You’ve been involved in many cases. Is there one in particular that you think has had an especially important impact on this country?

A: I would say the one that’s had an especially important impact on the world was the Anatoly Shcharansky case. This involved efforts to free the most important Jewish dissident. It looked hopeless, and it took a long time to accomplish. But Shcharansky’s freedom was clearly an anticipation of the fall of the Soviet Union and one million Jews eventually arriving in Israel and the United States.

He was the client with whom I most closely personally identified. 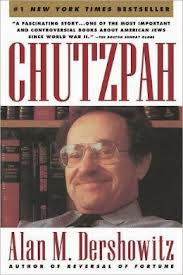 Q: What would you say is your most controversial case?

A: Probably O.J. Simpson. Everybody thought he was guilty…. It caused a lot of hatred.

The most controversial cause is the defense of Israel, especially at a university.

It’s so emotional; it’s not rational. I support a two-state solution, I oppose Israel’s settlement policy, I’m a centrist. But from the point of view of a university, that makes me an extremist.

Q: You write that you’ve consistently taken liberal positions over the years, yet are viewed by some as having right-wing positions. How does that make you feel?

A: People who are making those judgments are stupid or ignorant of my views, or they’re malicious. No one can fairly call me a conservative.

Q: In your book, you say that the Supreme Court is likely to have diminished authority over time. Why do you think that? 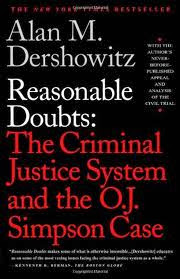 A: They have hurt themselves by being much too partisan and political. They have lost their credibility, and that’s all they have. Decisions like Bush v. Gore or Citizens United are seen as victories for one party.

Q: You talk about changes that happened at various points in your life, one of which being your level of religious observance; you moved from Modern Orthodox to a less observant form of Judaism.

A: I was observant because I was following my parents. I didn’t want to impose my parents’ views on my children.

I was almost in a fatal plane crash, and it never occurred to me to think about God. I recognized that I was not a theological person. But I’m very Jewish.

Q: You mentioned Shcharansky. Who else would you say are among the people that you’ve met that have meant a lot to you?

A: Menachem Begin is very high up there. He was quite a remarkable human being. I didn’t agree with a lot of his ideology. Another was Telford Taylor, head of the American prosecution at Nuremberg. And David Bazelon—I was a clerk for him on the court of appeals. 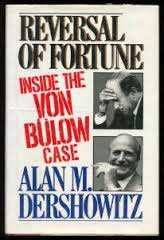 Q: You talk a lot about your family in the book. How do you balance your family with your teaching and your law practice?

A: My wife comes with me everywhere. I excuse her from listening to my speeches. We spend a lot of our time together. My kids—all three are in New York, so I see them when I’m in New York. My two grandkids are students at Harvard.

Q: What will you miss most about teaching?

A: The students. I learned so much from them. They energize me and challenge me. Nothing else really—my colleagues are still friends.

A: It’s the first time negative blurbs have been on the back of a book. That’s noteworthy.

--Interview with Deborah Kalb. This Q&A was conducted in conjunction with The Lessans Family Annual Book Festival at The JCC of Greater Washington. Alan Dershowitz will be speaking at the festival on Sunday, November 10, at 7:30pm.