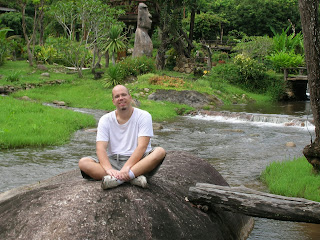 Klaus Marre is the author of the new novel Human Intelligence. A former Washington reporter and editor for news organizations including The Hill and the German Press Agency, he now runs a startup company called SportsBam!. He is based in Washington, D.C.

Q: How did you come up with the idea for Human Intelligence?

A: I first had the idea when I covered the 9/11 Commission and read the final report. One of its findings was that we are lacking "human intelligence" in the fight against terrorism.

As we now all know, the NSA is quite good at collecting information through electronic surveillance but it's incredibly difficult to infiltrate a group like al Qaeda. We also can't just offer money because that is not a motivating factor for extremists who are willing to die for their cause and believe they will be rewarded in the afterlife.

So I just tried to figure out a way of how I would try to get somebody inside of al Qaeda and merged that with another idea I've had for a long time about dealing with a hostage situation. That part is actually described in the middle of my book through one of the characters.

Q: You have a large cast of characters. Did any of your characters do things you didn't expect them to, or did you have the plot all set before you started writing?

A: I had the general plot mapped out when I moved to Thailand with the specific purpose of writing this novel. Actually, I've had the story in my head for a few years by then and I just wanted it to get out while I could. Basically, I didn't want to wake up one day and regret not having written this book while I could.

I had no idea how to write a book when I got there and my only reference was Stephen King's On Writing. I read that on the beach and just winged it. At first, I completely misunderstood how long a novel should be and thought I didn't have enough material, so I kept creating problems for the protagonists and tried to solve them during my daily two-mile swim.

I ended up doing pretty much the opposite of what Stephen King recommended with regard to writing. Instead of doing it in a quiet room at a certain time, I'd just write whenever I felt like it with the TV on and showing Thai soap operas or cricket matches. 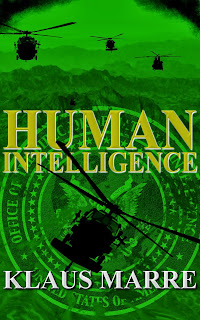 Q: Did you base any of your characters on real people, especially given that you've spent time as a reporter covering Washington, D.C.?

A: I didn't base any of the major characters on a real person although one of the conspiracy theorists resembles my dad. However, the names of a lot of my friends can be found throughout the book.

My characters are truly fictitious in that they are how people would want them to be.

There is such a high level of frustration with the government and I feel the same way ... possibly even more so because I covered politics as a journalist for over a decade. I suppose the one person many of the characters are based on is me because they reflect, and voice, how I view the world.

A: Fortunately, I didn't need to do much research on the part that describes the inner workings of the government because of my previous career. On 9/11, I was across the street from the Pentagon, so I could also draw from my experience to describe the aftermath of an attack there.

Most of the research that I ended up doing was on terrorism and I did it while I was in Thailand. It's actually quite funny because I would look up maps of areas where terrorists are suspected to be hiding, how to manufacture explosives at home or where one could find shooting ranges in Los Angeles.

Seeing how I was doing that from Southeast Asia, I always thought one day the CIA would break down my door and ask me what the heck I was doing.

A: I have a very concrete idea for a political and a corporate thriller, and random story ideas always keep popping into my head, but I'm not sure I'll write another novel.

Right now I'm very busy with a startup company that I founded with a couple of friends and that occupies my time.

I do hope to eventually take a few months off again and make Human Intelligence into a screenplay, even though I have no idea how to go about doing that.

A: I wish more people would write. I had to go through my novel one last time before sending it away for formatting and it made me so happy and proud that I had finished it and how it turned out. I think most people have stories to tell and experiences to share for the rest of us to learn from and I wish they would.