Michael Lavigne is the author most recently of the novel The Wanting. He also has written the novel Not Me, and he spent many years working in the advertising business. He lives in San Francisco.

Q: How did you come up with the concept for your new novel?

A: My agent had been urging me to write about my experiences in Russia, where I lived for several years during a particularly dark period in the 1980s. The doors for Jewish emigration were closed completely and I spend a great deal of time with refuseniks and other dissidents.

But as revelatory and in many ways wonderful as the experience was, it was also very fraught and even traumatic for me -- and the writing just wouldn't come.

Again my agent came to the rescue -- suggesting I place it instead in Israel. I had no idea if this would work, but when I sat down to write, it began pouring out of me.

Perhaps the distance my first narrator, Roman, had from his past in Moscow was exactly what I needed in order to tell this story. In any event the characters all quickly revealed themselves to me and the book was on its way.

Q: How else did your time in Russia play a role in creating the characters in The Wanting? 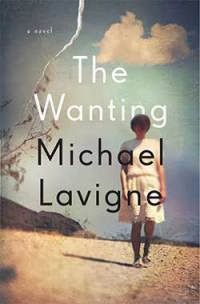 A: Of course it's the core of the novel for me. I was deeply impressed by the people I met there and by the system that repressed them.

I hope that I brought that time to life with some degree of accuracy. The book certainly expresses how I experienced it. The places, the tone, the activities I describe are all based on that experience.

None of the characters, however, are based on anyone actual. Some perhaps are composites. Most are just made up. They more or less represent types with whom I came into contact -- Vasin, for instance, is based on a variety of officials, and one in particular with whom I had a run-in.

Of course I did a lot of additional research as well: I read up on Soviet schools and prisons and found transcripts of trials and the like. But unquestionably the Russian sections are the most personal for me, and I suppose their vitality arises from that fact.

Q: Why did you pick "The Wanting" for its title?

A: My editor, Deb Garrison, came up with it. Actually she mined it from a moment in the book when the young Palestinian, Amir, realizes he will never taste a banana split.

He knows he wants it, does not know through experience what it actually is that he wants, and yet knows that without it his life can never be said to be truly lived. He is in a state of perpetual loss, of permanent unfulfilled desire, and cannot even articulate that which he seeks.

This is the state of all the characters in this book. It also somehow characterizes the lands of Israel, the West Bank, Russia and their peoples. And in a very real way, it is the fate of all of us. We yearn. Sometimes this sense of scarcity can lead us to great things. Often it does not. 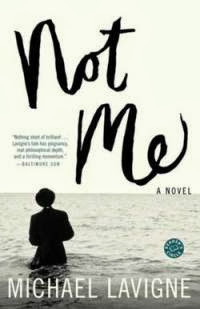 Q: Why did you decide to write from the perspective of various characters rather than just one?

A: Hearing the multiplicity of voices or cleaving to just one voice of "truth" is a major theme in the book, so it was only natural to tell the story through various narrators.

All these perspectives on the same events, all these conflicting desires and aims, all this difficulty we have in really communicating with each other about the most basic of human needs: home, family, love, leading a meaningful life -- it all seems very poignant to me.

But also the use of multiple narrators allows us to see how similar we all are at heart even with our vast differences. As a writer, you want to peer into the heart of your characters without judging them, you want to create whole human beings, not straw men -- that does not mean the reader shouldn't judge them or that there is some sort of equivalence drawn between victim and victimizer or between terror and response to terror.

But I do think that understanding only comes with empathy, and empathy arises only when we see people as they see themselves.

A: I wrote a little novel that is yet to be published -- a light-hearted thing about San Francisco, more or less a love story -- and now I am circling a few ideas that could become the next big book.  But I never talk about any work in progress -- it robs it of its energy.

A: The Wanting is not a political book at heart. It is a literary endeavor. I have no solutions to anything. I'm not an expert on anything.

Some of its themes are desire, betrayal, home, thwarted childhood, the nature of  “truth.” It uses techniques like multiple genre, story-within-story, parallelism, and surrealism to express the beauty and complexity of life and explore the form of the novel itself; and ultimately it asks a very simple question of its characters when Anyusha asks of her father, "Are you supposed to hurt people to help them?"

--Interview with Deborah Kalb. This interview was conducted in conjunction with The Lessans Family Annual Book Festival at The JCC of Greater Washington. Michael Lavigne will be speaking at the festival on Friday, November 8, at 10:30am.
Posted by Deborah Kalb at 7:55 AM