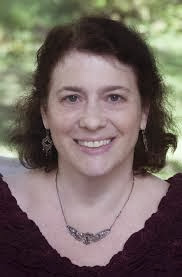 Deborah Yaffe, a longtime Jane Austen fan, is the author of the new book Among the Janeites: A Journey Through the World of Jane Austen Fandom. She has worked as a journalist in New Jersey and California, and also has written the book Other People's Children: The Battle for Justice and Equality in New Jersey's Schools. She lives in central New Jersey.

A: I was a Jane Austen fan from the time I was a child. When The Jane Austen Book Club came out, it kind of inspired me to form one in my neighborhood. Someone had a question about “entail,” which is important in Pride and Prejudice, and I went online [to look for an answer].

It was different from what I had done before—I knew I would need a light touch and I wasn’t sure I had that. The book Jane’s Fame [by Claire Harman] came out, and it didn’t deal with contemporary Jane Austen fandom, [so that was another reason to do it,] and then there were the Tarot cards in 2009 [that indicated I should do it], and once the Tarot cards tell you, you have to! 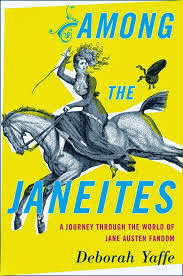 Q: What is it about Jane Austen that keeps people interested for all these years?

A: I’ve been trying not to answer that question. I’ve never heard an answer I found very satisfying. There are many 19th century novelists [with some of the same themes in their writing], yet none of those writers have the pop culture presence that Jane Austen has.

I’m not sure if it’s answerable, but if so, it’s on an individual level. I’m more interested in writing about [those individuals]….

There are things about Jane Austen that make her amenable to the interpretations people have of her. She’s open-ended in her writing…you largely draw your own conclusions. There’s a lot of room for a reader to come up with his or her own interpretations.

Q: You mention the Pride and Prejudice TV adaption with Colin Firth that brought more people into the world of the Janeites. How important was that, and is there a divide between the fans who were drawn in by the books vs. the movies?

A: There was that adaptation and a spate of other adaptations that were important in bringing new interest to Jane Austen. The attendance at Chawton [Jane Austen's home] doubled after the 1995 Pride and Prejudice adaptation, and attendance [increased] at JASNA [the Jane Austen Society of North America].

There were a lot of movies, and media attention, and the Internet was getting going as a place to find [information]. There were plenty of Jane Austen fans before the movie, but it was harder to find other fans. With the Internet, you can find zillions of other Jane Austen fans. The coincidence of the movies and a place where you could find other fans was very important.

In terms of the movie vs. the book route, there are people who watch the movies and still like the movies best, and there are some who saw the movies  [and then] have fallen in love with everything about her. Occasionally, there’s tension: “Oh, those movie people!” But you can’t generalize.

Q: Do you have a favorite Austen book? What about a favorite among the Austen-inspired books and films? 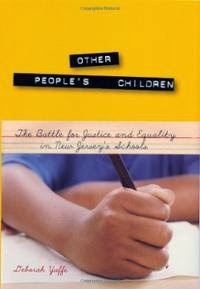 A: I always tell people that if I were going to a desert island and could only bring one book, I would take Persuasion, but I’d spend my time being depressed that I couldn’t also bring Pride and Prejudice and Emma.

Of the adaptations of the novels, I’m a big fan of the Emma Thompson movie of Sense and Sensibility, and the BBC Pride and Prejudice with Colin Firth, and the Persuasion movie with Amanda Root, and Clueless. Those are my favorites.

Of the spinoff fiction, there’s a huge range from very good to horribly bad. I really like Pamela Aidan’s trilogy from Darcy’s point of view. There are some young adult modernizations—Epic Fail by Claire LaZebnik is a Pride and Prejudice update that’s very charming. There’s a young adult science fiction update of Persuasion—For Darkness Shows The Stars, by Diana Peterfreund.

The best of these are an interpretation of Jane Austen as well. When people are pretty good writers, it’s interesting to see how they’re seeing the story.

There’s one other really weird adaptation that I’ve read that I have a soft spot for—Virtues and Vices, which is a pornographic update through the Edwardian period. It was published in 1980, and there’s some stuff in it that’s beyond politically correct now…I wouldn’t advice anyone to read it if that would offend you. …

It’s a guilty pleasure of researching a book on Jane Austen that I got to read all of this pulpy stuff.

A: Marketing for the book, and smaller freelance stuff. [In terms of another book], you want to make sure you love the topic before you marry it. A: [The book deals with] finding out how differently people read Jane Austen. [One] thinks the characters are on the autistic spectrum. One has refurbished a home owned by Jane Austen’s brother. A guy in Florida thinks Jane Austen’s books have hidden subtexts. For these people, Jane Austen is not a simple purveyor of sweet little romances. Sometimes she’s characterized that way…but she really is a lot more complicated.

And then there’s the dress.

Q: Yes, you incorporated your own search for a Jane Austen-style dress into the book, and you end up wearing it at a JASNA convention. How did that come about?

A: It was serendipitous. My agent wanted me to write a book proposal, and I threw that in. I didn’t really have a story line per se, but that could provide a narrative arc. I knew I would really do it—it’s a participant/observer kind of book. There were aspects of it that were really tortuous—I have not worn the dress since! People say, "Are you wearing the dress?" And I would say, "If you read the book, you will know why I’m never wearing the dress again!" Research is a tough job!