Glenn Frankel, a Pulitzer Prize-winning journalist who spent many years as a Washington Post reporter and editor, now serves as director of the School of Journalism and G.B. Dealey Regents Professor in Journalism at the University of Texas at Austin. His new book is titled The Searchers: The Making of an American Legend. It focuses on the making of the movie The Searchers, starring John Wayne, and the real-life story of Cynthia Ann Parker, on which The Searchers was partly based. He also is the author of Beyond the Promised Land: Jews and Arabs on the Hard Road to a New Israel, and Rivonia's Children: Three Families and the Cost of Conscience in White South Africa.

Q: What first intrigued you about The Searchers, and why did you decide it would make a good subject for a book?

A: I was always intrigued by The Searchers since I was a boy and I saw it for the first time on the big screen. It was a very unsettling, exciting, challenging film. I saw a lot of Westerns as a kid, and it was the only one that stuck with me. In college, Andrew Sarris taught it at Columbia—he held it up as an example of great filmmaking. I always thought that it was a great American story. When I came back to the U.S. in 2006, I was looking for an American book. I came back to The Searchers. I thought I would undertake a “making of the movie” book. I knew there was something called the “captivity narrative.” I had no idea that The Searchers was loosely based on a true story. It opened up an entire area of research work.

A: A couple of things. One was that it turns out to be easier to research Cynthia Ann Parker and Quanah Parker in 19th century Texas than to research John Ford in Hollywood. That was because John Ford didn’t leave much in the way of writing, or explanation of his work. I was putting together pieces of the puzzle. And Texans are so in love with their history that there are so many places [to do research]. It was surprising and interesting. Another thing—you can see all these places. Monument Valley—you can see where Ford filmed. In Texas, you can see…Palo Duro Canyon. In Oklahoma, you can see Quanah Parker’s Star House. As a journalist/historian—I’m not sure which I am at this point—it’s important for me to see things, to see the settings. They are still very evocative settings; it was a pleasant surprise. 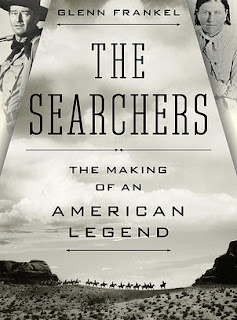 Q: What does the story of Cynthia Ann Parker, and that of her son, Quanah, say about the often-troubled relationships between whites and Native Americans in this country?

A: What Cynthia Ann did involuntarily—she was dragged over the border from one people to another. There was no border line, there were no customs officers, but she was pulled from one to the other, and she was dragged back again 24 years later. Her story tells a lot about the wars between the [whites] and the Comanches. It was violent—it was not just collateral damage, but families were really the targets of the war. She was a victim or a survivor—she epitomizes [the situation].

The story of Quanah speaks to racism on both sides. He was considered a “noble savage,” and was venerated by whites because his mother was white. That made him a source of suspicion among the Comanches….It took someone with his talent to save the Comanche nation. They were down to less than 3,000 in the 1870s, and were headed for cultural extinction. It was more dangerous for the Comanches to be a ward of the U.S. government than to be an enemy of the U.S. government for 40 years.

Q: You write that “some critics have accused the film of practicing the same racism it purports to condemn.” What is your sense of the issue of racism as it relates to this film?

A: John Ford was a man of his times, at best paternalistic to Native Americans. The film depicts Comanches as barbarians, rapists, killers. At the same time, the lead character is racist, a psychopath about race and sex. He is a great American hero, yet he resolves to kill his niece because she had sex with Indians. It’s an honor killing like in the Middle East.

The character is not comfortable with this resolution—he can’t process what happened…He’s a man of violence, so he resorts to violence, but he’s not happy about it. It’s the powerful performance of John Wayne, and the younger searcher, Martin Pawley, observing and commenting on it. He’s the moral center of the movie, and wants to restore the young woman to her family. You have to give the movie and Ford credit for understanding the struggle and depicting it. It’s all going on within a very charismatic protagonist. We want him to succeed because he’s John Wayne, but it’s dark. Love and hate are in conflict. Martin Pawley has Native American blood—that was Ford and his screenwriter, Frank Nugent—it was not the case in the novel. It was something they added because they wanted to raise the ante. You can point to racist parts of the film, but it was invested with something deep, dark, disturbing. It’s very powerful.

Q: How would you rate John Wayne as an actor, overall and in The Searchers in particular?

A: I rate him very highly. I didn’t always. My image was of a right-wing, pro-Vietnam warmonger of the 1960s and 70s, wearing a toupee, slightly overweight, playing the same part. I always liked him in The Searchers, but I thought The Searchers was the exception.

I have come around—he was a different performer in his early films, especially when he was working with John Ford or Howard Hawks. His performance was more complex. As I studied John Wayne, [I saw that] his trademark walk, the hesitant way he talks…it was all a performance. He put it together from watching other actors and stuntmen. It was a very powerful performance. The Searchers was a mature movie for him. It was really one of [his] great film roles. Wayne brings so much to it physically. 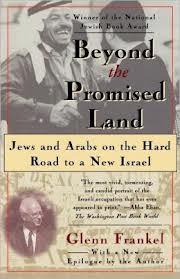 Q: One of director John Ford’s accomplishments in the film, you write, was “his ability to weave myth and truth into a seamless fabric.” How do you feel he succeeded in doing that?

A: He takes a simple little story of an incident that occurred and gives us the Comanche-Texan wars. A lot was from the Alan LeMay novel [The Searchers], but Alan LeMay weaved history and fiction together. [Ford moved the filming] to Monument Valley, he was creating characters when he needs to. …[He uses] bits and pieces of history and mix[es] it with fictional characters.

He’s looking at the building of community at the edge of the frontier, how a community knits itself together, what is the role of the Indian fighter, what did people on both sides tell each other as they destroyed their enemy. We get great elements of myth [including] the iconic hero and the virginal girl. They’re all themes from American myth, the myth of the frontier, yet he undermines each in interesting ways, especially the hero.

Q: What about the genre of the Western has captured the imagination of so many people?

A: It’s a pretty good story—good guys and bad guys, cowboys and Indians, gun violence, resolution, a satisfying narrative. In the movies, there are beautiful settings, men on horseback…On the surface, there’s a dramatic story. Underneath, there’s the theme of how the West was won, how we conquered our enemies. [There’s the concept that] if Native Americans can kill families, we are justified in destroying them [Native Americans]. In the 1940s and 1950s, this gave us a vision of our own goodness, of a simpler era [involving] “white civilization.” It was a comforting fable to tell ourselves after World War II and the Cold War. The height of the Western’s popularity was that period. On TV when I was growing up, at least one-third of the TV shows were Westerns. Kids like me, and my parents, would watch avidly.

Q: How did you conduct your research for this book?

A: I hit the archives, many, many archives, for the Texas part, the Hollywood part, and the links between them in the form of Alan LeMay. Then there was the contemporary part of talking to the two sides of the Parker family that still exist today. Archives, interviewing people, going to as many places as you can to see the settings. All three aspects are really important, and they overlapped. At the archives at the University of Texas, I was looking for new material and found some handwritten notes. [Cynthia Ann’s cousin] Susan Parker St. John had interviewed people who knew Cynthia Ann. I put great store in firsthand contemporary accounts. I was using journalistic techniques to do research, and using historical research techniques [on the journalism side].

A: I’m sorting through a couple [of ideas]. I unsuccessfully worked on a project about Brian Epstein, the manager of the Beatles. I’m not sure what I can do with it. I’m very gratified at the reception for this book [The Searchers]. I’ve heard from a lot of people who have read it. Adding a movie to the mix is intriguing. It’s really nice to write a book that people read. I’m looking for another.

--Interview with Deborah Kalb. This interview was conducted in partnership with Moment Magazine. For more, please go to momentmag.com.