Eric Jay Dolin's most recent book is When America First Met China: An Exotic History of Tea, Drugs, and Money in the Age of Sail. His other books include Fur, Fortune, and Empire, Leviathan, and Snakehead. He has worked in the environmental policy field, including for the U.S. Environmental Protection Agency and the National Marine Fisheries Service. He lives in Marblehead, Mass.

Q: How did you first get interested in writing about the early relationship between the United States and China?

A: It was a combination of things. My last book was Fur, Fortune, and Empire, and there was a chapter about the sea otter trade between the U.S. and China. … I thought there must be a broader relationship.

That was combined with the vast coverage of China in today’s press. I thought people were focusing so much attention on the current relationship, there was [also] so much fascinating material on the early relationship.

Q: How does your research help to understand the relationship today between the U.S. and China?

A: I grappled with that a lot. The book ends in the 1860s, and there’s a lot of history between then and now. The number of direct lessons are not that great. But…there are a lot of things going on then that are still going on today. The lack of understanding of the Chinese people, the stereotyping that is still going on. There was a trade deficit then; it was hard to understand what the Chinese wanted beside our silver, so we had a massive trade deficit. 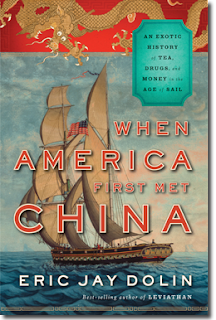 The dream people had was that [China] would be a great avenue and cause American trade to boom; that didn’t happen then. It’s the same dream people have today, that this enormous country will [provide] a boom time for America. In the mid-1800s, China was the largest country in the world, but it was a very poor country. Today, it’s much larger, and it’s still a very poor country with a small group of wealthy [people].

Another lesson is the impact of the Opium Wars. Americans know very little about that, but it was seared into the consciousness of the Chinese: Western aggression--though not American aggression--and a period when China was buffeted and was pushed around by the West.

As a result of that history, the Chinese people and the Chinese government are still very sensitive to the times when the West tries to dictate outcomes. They remember the long history of being under the thumb of the Western powers. It drives them to want to become the world’s largest economy.

Q: Can you tell us more about what each country actually knew about the other in the late 18th and early 19th centuries?

A: What Americans knew about China came from reports from traders, and books written by Europeans. Americans knew that Chinese culture had been very rich and that it was a proud and great nation, but the view of the Americans was that the grand era of China had passed and that the country was going through a decline.

Americans’ personal interactions with the Chinese were through trading; they saw only a small sliver. … They often saw some of the poorest parts, the opium dens. Some traders tried to cheat, and that contributed to a very negative view that Americans had of China. It was in line with the Western view of being superior.

There were some Americans who traveled more widely and realized that [China] still was a great country. These people viewed them as meritorious in many ways. They brought back Chinese goods. Missionaries [although they were trying to convert the Chinese], still would write in very positive ways about Chinese culture. While they were putting down their [the Chinese] cultural and religious outlook, they also wanted readers back home to know about their values. 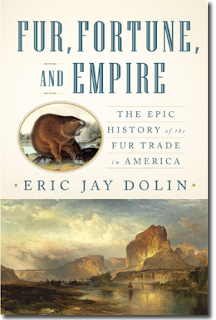 For the Chinese, when the Americans first got there, they [the Chinese] thought they were English. They didn’t know a lot, nor did they care to. They viewed the West as trading partners. The Chinese view was that they were the Middle Kingdom….they were beneath heaven, and beneath them were all the other countries in the world.

A: Almost everything surprised me. I didn’t know much about the relationship to begin with; I was learning it while writing it.

What surprised me the most was the extent to which opium had a huge impact on Chinese society, and the Americans showed no willingness to abide by the regulations in the trafficking of opium. There are parallels to today’s drug culture and wars. When money’s on the line, people are willing to do things that in hindsight are not noble or legal. The opium traffic, and the Opium Wars, dramatically changed the relationship between the West and China.

Also, I was surprised to see how the desire to get goods [affected the environment]. My background is in environmental issues, and I’m very interested in learning about how the drive to get more sea otter pelts, sealskins—it occurred repeatedly—the profit motives were leading people to take actions that have had a very dramatic and negative impact on natural resources. By taking resources…they lost an opportunity to continue trading, but they were not concerned about the degradation of the environment. 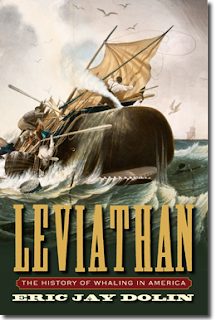 Q: What role did tea play in the dynamic between the two countries?

A: It was enormous. Tea was the number one item that Westerners wanted to get out of China. America had been part of England, and the English were besotted by tea, and that love of tea was transported [to the colonies]. By the time of the Revolution, America was already a tea-drinking country.

Throughout the entire period I talk about, the number one import from China to the U.S. was tea. Tea was the driving force behind almost all the activities on the American side to keep trade going. …

Also, this was the era of the clipper ships, the need for speed—it largely grew out of the desire to get tea back to the United States as quickly as possible. Without tea, the relationship between the West and the East would have been dramatically different.

Britain was the [Western] country with the greatest impact on China, and its number one import was tea as well.

Q: How did you find all the illustrations used in the book?

A: It was a combination of things. There was a lot written about the China trade in articles and books. I found a number of images in my research. Also, I live one town over from Salem, where the Peabody Essex Museum is. The captains of Salem were very involved in the China trade, and brought back artwork from China. Those are now owned by the museum. I was able to get a lot of images there. …

A: I’m trying to come up with a topic; there are a couple of topics I’m bouncing around.