Janice Harayda's books include two novels, Manhattan on the Rocks and The Accidental Bride. A longtime journalist, she has been the book columnist for Glamour magazine and the book editor and critic for The (Cleveland) Plain Dealer. She is the founder and editor-in-chief of the popular blog One-Minute Book Reviews. She lives in New Jersey.

Q: How did you come up with the idea for your blog?

A: Do you remember the movie Cast Away in which Tom Hanks washes up on a deserted island and talks to a volleyball he named Wilson? After 11 years as the book editor of Ohio’s largest newspaper, I become a novelist and freelance critic working at home.  I started One-Minute Book Reviews in part to keep talking to people who shared my interest in books. My blog was my Wilson.

Q: How has the book-reviewing field changed over the years you’ve worked in it?

A: Book reviewing has fewer recognized authorities, critics to whom people can turn for an informed and trustworthy opinion. This change results partly from the decline of newspaper book sections. A related shift is that more publications want only favorable reviews. Some newspaper editors say, “I have so little space left, I don’t want to waste it on bad books.”  I sympathize, but people need book reviews, not just book recommendations. 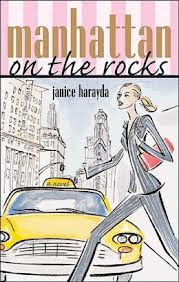 Q: How has the rise of social media affected how people communicate about books?

A: Social media have removed barriers between authors, editors, critics, readers and others. The process has fostered a wider conversation about books. But it has a big drawback that the critic Jacob Silverman lamented in a Slate essay called Against Enthusiasm: The Epidemic of Niceness in Online Book Culture.  It has led to an outpouring of online gushing. Everyone’s blowing air kisses to everyone else.

Q: You write in the acknowledgments to Manhattan on the Rocks about the family tragedies you suffered around the time that you were writing the book. How did you manage to continue working on a humorous novel at that point in your life?

A: I lost both of my brothers to sudden and violent deaths over a 16-month period between the publication of The Accidental Bride and that of Manhattan on the Rocks. And other tragedies had struck much earlier. By the time I was a teenager, I had begun writing humor  -- things like sendups of activities at my high school for a local weekly -- to stay sane. Without realizing it, I was acting on the principle often described as “comedy is tragedy in retrospect.” No matter what you write, work is a great distraction from sorrow. 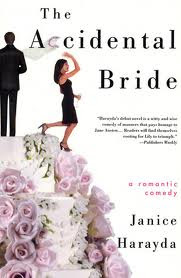 Q: Jane Austen is a big part of your novel The Accidental Bride. Do you have a favorite Austen novel, and why did you decide to include her as a motif in your book?

A: I have a favorite line, not book: “Elinor agreed to it all, for she did not think he deserved the compliment of rational opposition.” It’s from Sense and Sensibility. I included Austen because The Accidental Bride sends up courtship and wedding traditions. And nobody satirizes mating rituals [better] than she does.

A: Yes, a comic novel in diary form.

A: Thanks so much for including me in this lively series!