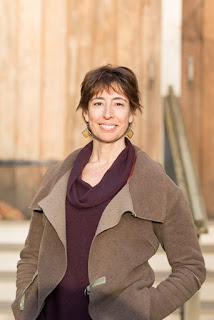 N.D. Galland is the author of the new novel On the Same Page. Her other books include I, Iago, Stepdog, and The Rise and Fall of D.O.D.O. She lives on Martha's Vineyard.

Q: How did you come up with the idea for On the Same Page, and for your character Joanna?

A: There really are two newspapers on Martha’s Vineyard, and they really do have a complicated relationship. Years ago, it occurred to me that this would make a fun premise for a novel, but I wasn’t writing contemporary novels, so I didn’t think it should be “my” project.

After a decade, nobody else had claimed it as a premise, and by then I’d written Stepdog, so I’d demonstrated to myself that I could, in fact, write a playful contemporary story (instead of my usual psychologically-intense historical fiction).

The looming lawsuit of the story was inspired by an actual legal conflict between a wealthy summer resident and the town government, although all other details were different. 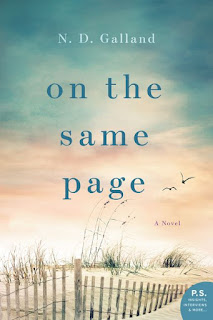 Joanna is about 50 percent a younger version of me (a writer who grew up on the Vineyard, returning home as an adult) and 50 percent an archetypal Shakespearean heroine – an unmarried woman who creates a false identity for herself to get out of a difficult situation.

Q: The story takes place on Martha's Vineyard. How important is setting to you in your writing?

A: This depends somewhat upon the story. My first historical novel, The Fool’s Tale, is primarily a relationship between three archetypal characters – king, queen, and fool – and honestly I could have set it in many different settings. It doesn’t feel to me intrinsically Welsh, but rather intrinsically human.

On the other hand, On The Same Page is very much about its setting. After Joanna, Hank and Orion, the Island herself is the most important character. The relationships are not archetypal, they are localized.

Q: You've written historical and contemporary novels, as well as speculative fiction. Do you have a preference, and does your writing process differ depending on the type of book you're working on?

A: Depending on how any given workday goes, I either most love or most hate whatever genre or style I am working on that
day! 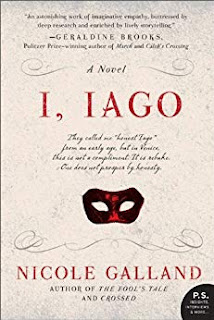 When I’m in the zone, it doesn’t matter if it’s Shakespeare or the Fourth Crusade or my comic advice column for the Martha’s Vineyard Times – I’m just delighted that’s what I’m writing all day.

On the other hand, when I am blocked, then whatever I’m doing feels just awful, and I completely believe that I’d be much happier doing anything other than writing in that particular style.

My writing process tends to be variations on a theme, no matter what I’m writing. It reflects my theatre background – I rehearse my way toward a finished product. The main difference: contemporary stories don’t require as much “book research” as historical stories.

A: It’s so dependent on what I’ve been reading. I just finished The Friend by Sigrid Nunez, so right now, I love her. 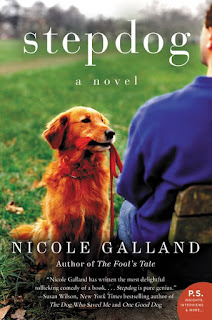 I was just a presenter at the Key West Literary Seminar, which this year had as a theme “archetypes and adaptations.”

A: Right now I’m writing the sequel to The Rise And Fall of D.O.D.O., the New York Times bestselling speculative/sci-fi novel I wrote with Neal Stephenson, which came out in 2017. I expect to be turning it in near the end of 2019.