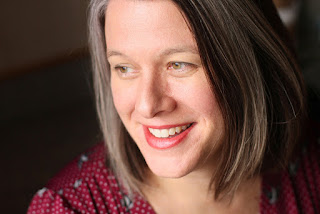 Laura Sims is the author of the new novel Looker. Her other books include the poetry collections Staying Alive and My god is this a man. She lives near New York City.

Q: How did you come up with the idea for Looker?

A: Until fairly recently I lived in a Brooklyn neighborhood comprised mostly of middle- to upper-middle class families, with the odd celebrity mixed in.

In Brooklyn, whether you’re just barely managing to rent a basement apartment or living in a fully renovated brownstone that’s only one of several homes you own, you can’t help mixing and mingling with everyone around you, at least to some extent. It has an equalizing effect, but class differences still stand out in sharp relief—especially in the case of a celebrity.

Though they walk the same pavement you do, you see they don’t have to hustle quite as much; city life isn’t such a struggle for them as it might be for you. Their lives can look exalted from the outside, contained in a bubble.

So one day I was walking home from the grocery store in the middle of the dead heat of August, lugging bags of food up the street, dreading the long climb up the stairs to my apartment, when a movie star passed by.

This was not an uncommon experience, but it always gave me a little frisson: I know that face! Something we all do, I think, when this happens.

She was groomed to perfection, even on this unbearable day, and was striding weightlessly, it seemed to me, up the block. I watched her for a moment, and while I felt a slight twinge of envy, as we all probably do, this voice popped into my head that was rife with bitterness; it would not be silenced. 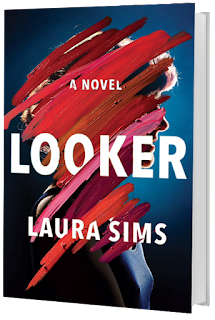 I knew instantly it was the voice of a woman whose disappointments, frustrations, and rage were pushing her with increasing velocity to the edge of an abyss. So I went home, dealt with the groceries, and sat down immediately to write what the voice dictated. The novel unspooled from there.

Q: Why do the narrator and the actress remain nameless throughout the novel?

A: I left them nameless simply because it felt right. But looking back at that choice, I think the namelessness of the narrator gives the book a greater intimacy, perhaps. You’re so deep inside her head that her name is irrelevant.

It also highlights how society views her, or at least how she perceives that society views her: as an invisible woman, one who has passed through youth to middle age, and has been shut out of the societal institutions of marriage and motherhood that continue to give women status and security.

But even so, I see her as quite powerful. She stalks around acting on her bitterness and rage, emotions that women, especially, are supposed to keep hidden. To me she’s a primal female force, channeling women’s rage. Her namelessness makes her all the more universal in that regard.

In the case of the actress, though, her namelessness works entirely differently. It marks her as powerful; “the actress” is her title, and she bears it like a queen. She has no need of a common name. My narrator may use the phrase ironically, but that only confirms its/her power.

“The actress” signifies a number of things: wealth, status, and beauty among them. Add to that the actress’s seemingly solid family life, and she becomes my narrator’s perfect foil, her perfect object of envy and desire. 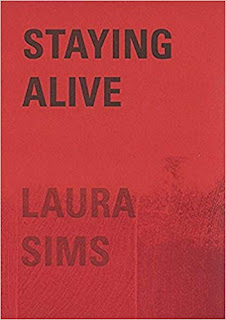 I suppose, on the other hand, “the actress” is also limiting; she’s confined to that and nothing more. Whereas my narrator has the freedom of namelessness, the actress has nothing but what she appears to be to the world.

A: Early on in the writing process I had an image combined with a spoken line in my head that I felt made the ending, though I didn’t know exactly how I’d get there. It turned out that the exact wording of the line was jettisoned, but the gist of the ending has remained the same through many revisions.

Above all I wanted it to seem natural, the inevitable outcome of my narrator’s decisions and actions, not the result of careful plotting, so that it could preserve that headlong feeling throughout the latter half of the novel, as things unravel to their end.

I realize that some readers will feel dissatisfied—the ending does not tie up any loose ends, explain motives, or deliver justice—but that is all just as it should be. 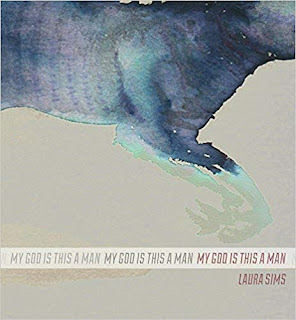 A: The title chose me! When I first started writing the book, I dreamed that I was holding the finished book in my hands—it was a black hardback with the title and my name in bold white letters. I woke up with that title in my head, knew it was right, and never “looked” back—haha.

Interestingly, one of the bound manuscript copies my publisher made looked very much like the version I’d seen in the dream.

For me the title is flexible in its simplicity. “Looker” can refer to either the narrator or the actress, for instance, and it’s a kind of reclamation of that word that men use to describe attractive women, too.

I usually think of my narrator as “Looker,” of course, because of her spying habit, but it could also refer to the actress, who is, in the traditional sense, a “looker.” But so is the narrator, too, or she believes herself to be—and beauty, as we all know, is inextricable from perception.

“Looker” incriminates the reader, too…aren’t we all “lookers” these days, looking on social media and elsewhere at other lives, comparing them to our own? We’re a society of lookers; we’re all complicit.

A: I’m working on a novel about a receptionist/aspiring poet in a small-town bank who begins receiving oddly threatening phone calls that ultimately change her life—for weird, better, and worse. I won’t say anymore since I’m in the throes of writing and revising!

A: I’m a crazy cat lady. I have one terribly spoiled cat at home named Rocket, and wish I could hoard many more.