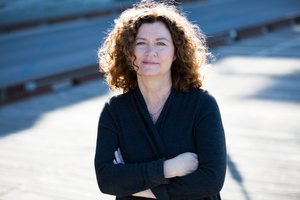 Sheila O’Connor is the author of Until Tomorrow, Mr. Marsworth, a new novel for kids. Her other books include Sparrow Road and Keeping Safe the Stars, and her work has appeared in a variety of publications, including Bellingham Review and Minnesota Monthly. She teaches in the MFA program at Hamline University and is fiction editor for Water~Stone Review.

Q: How did you come up with the idea for Until Tomorrow, Mr. Marsworth, and for your character Reenie?

A: I had the idea for Reenie, a scrappy girl new to a small town, before I even knew Mr. Marsworth existed.  I didn’t know anything about her, but I pictured the small Midwestern town she lived in, and I was interested in seeing what would happen to her in that setting.

Once I discovered that the book was set in 1968, I began to pay attention to the things in the world that would be pressing in on Reenie’s reality.  The draft, the anti-war movement, the war in Vietnam, the assassinations of Dr. Martin Luther King and Robert Kennedy, the civil rights movement, the women’s rights movement.  I knew all of that would influence characters in the book. 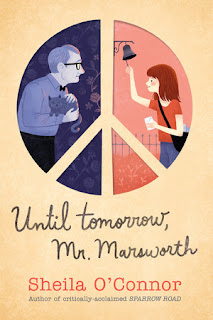 A: First, for the challenge.  I’m a professor in an MFA program where I teach a class on point of view, and as my students can attest, I’m a bit of a nerd about the possibilities of point of view and form.

I fell in love with the epistolary novel as a child, and always had a desire to give it a whirl. I knew it would be difficult, and I like difficult things as a writer, but it may have been more difficult than I imagined.

Q: What kind of research did you do to write this novel, and did you learn anything that especially surprised you?

A: I did extensive research, most of which isn’t directly on the pages of the book, but rather in the background informing events and characters’ choices. I read widely from that period, clocked a lot of hours at the Minnesota History Center reading old newspapers on microfiche. I read old magazines for period details.

I learned an incredible amount in my research, but perhaps the most surprising and interesting research I did was on conscientious objectors, not just during the war in Vietnam, but also in World War I and World War II. 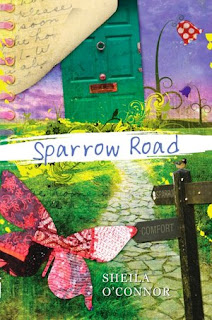 I knew nothing about either of those subjects when I started the book, and it was painful to learn how conscientious objectors have been treated historically, especially in World War I.

The great national contempt toward people who refused to fight ran through all the wars, and I gained tremendous admiration for the courage required of those who stand for peace, and gratitude for their many service contributions.

A: The book takes up a fair share of subjects, but as Mr. Marsworth says, our students study wars, but they rarely study peace. I would love to see people inspired to learn more about the little-known subject of conscientious objectors and their contributions in the wars, as well as the consequences they faced. 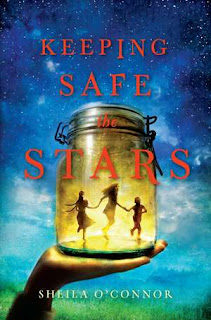 A: I am working on revisions for an adult novel, tentatively titled V, that will be out in October 2019 with Rose Metal Press. That’s also a historical novel, set in the 1930s, and has involved an immense amount of research.

A: Until Tomorrow, Mr. Marsworth is a book for readers of all ages; I’m already hearing from both young people and adults. Just as Reenie discovers the power of inter-generational friendship, I intended it to be a book that can be shared across the generations.  I hope it is.

--Interview with Deborah Kalb. This Q&A also appears on www.hauntinglegacy.com.
Posted by Deborah Kalb at 5:55 AM